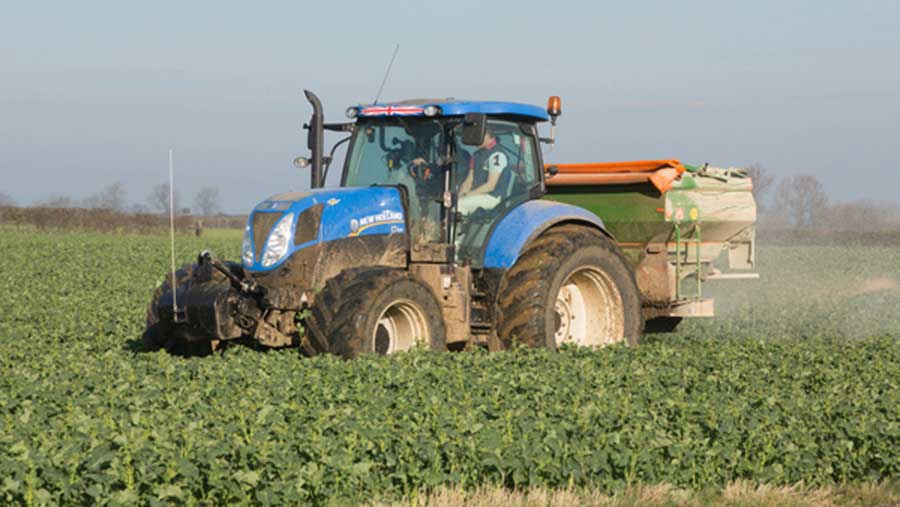 Drilling a clover companion crop into oilseed rape helps promote better rooting, resulting in crops that deliver up to 1t/ha extra yield and are more tolerant of dry springs.

See also: How to get the most out of your cover crops

Technical manager Stewart Woodhead told growers at a trials day earlier this week near Cirencester that oilseed rape is a lazy rooter.

“In contrast, berseem clover is a very good rooter and rape roots follow them down. Consequently, we have seen improvements in oilseed rape rooting and more consistent establishment.”

He went on to add that they also saw pest and disease benefits in trials, such as less pigeon damage as they cannot as easily land in the crop.

“We currently have a PhD student researching the potential interaction with slugs, as there is anecdotal evidence that there is less slug damage.”

“Then in spring, you get the release of nutrients to the rape crop and we have seen yield responses of up to 1t/ha.”

He explained that the best responses were on heavier land where rape struggles to establish itself. On lighter land like that near Morley, you still get responses of about 0.25t/ha.

The concept is to drill the companion crop into the rape, either adding seed in the same tank or down a separate pipe. They have also looked at broadcasting seed and then drilling the oilseed rape afterwards.

However, he says broadcasting may not be suitable for small seed species like berseem clover and may lead to establishment issues.

The crop then rapidly puts roots down and by November/December, the frosts kills off the clover. “Even in that short time, we see benefits on soil health and rooting.”

“Root diameter results showed an increase across the three different seed rates from 7.5 seeds/m row length up to 28 seeds/m.”

For example, at 7.5 seeds/m, average root diameter increased from 10 to 12mm.

He explained that the low carbon to nitrogen ratio of berseem clover means it breaks down rapidly, releasing nutrients to the rape in the following spring. The species was also chosen for not being frost tolerant.

“The crop was drilled on 4th September with a Vaderstad Topdown plus Biodrill and the barley straw from previous crop was removed.

“Measurements done this autumn with a Yara N-sensor already show 20kg of nitrogen had been trapped.”

He sees growers using drills with an extra seed box fitted for the companion crop and taking a variable approach, targeting heavier patches of land or headlands as an aid to oilseed rape establishment.