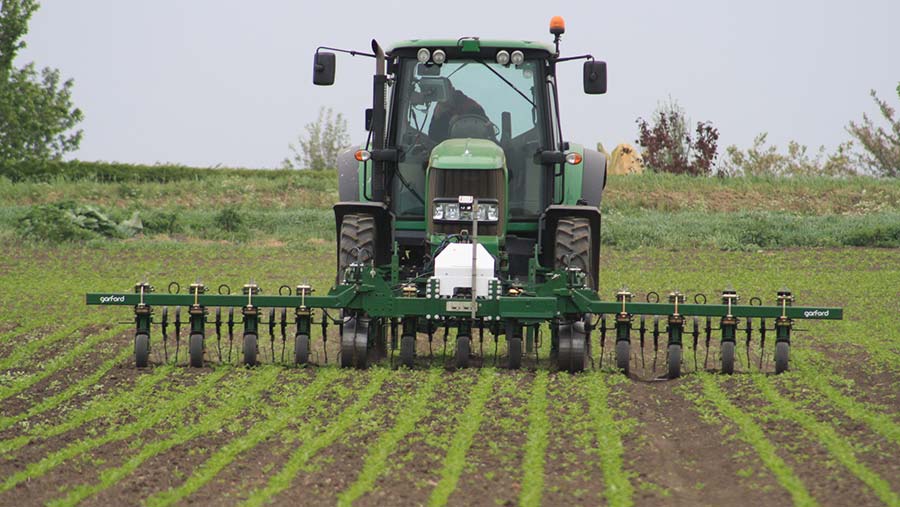 A Cambridgeshire sugar beet grower is hoping his zero tolerance of some weeds and patience with seed-beds will help deliver Britain’s highest sugar beet yield this season.

Paul Drinkwater, who is taking part in a sugar beet yield competition, believes good establishment is vital, as it sets the yield potential for the rest of the season.

Getting it wrong can dent yields, as crops never recover the lost potential. For example, allowing just one tall weed/sq m to survive can cost farmers 11t/ha in yield.

The task is made a bit more challenging this season, as the wet soils, combined with the cold, late spring, will test growers.

Alongside independent sugar beet expert Mike May, Mr Drinkwater tells Farmers Weekly how he ensures his crops get off to the best possible start. 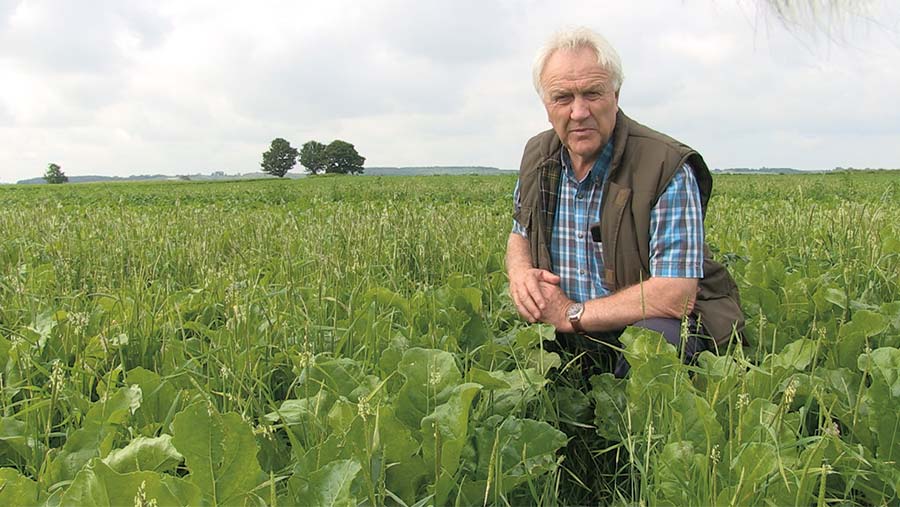 For many farmers across the UK, the delayed spring has pushed the spring drilling season far later than first hoped.

Mr Drinkwater says in an average year, he would start drilling any time after the end of February. However, this year his aim is to start drilling on 26/27 March, weather permitting.

His advice is not to go by calendar date, but be guided by the conditions. “I won’t panic until the end of April.”

Mr May highlights that later drilling does hit yields, which fall by about 4t/ha for each week after 10 April. However, he warns that forcing crops in can have a bigger effect on yield.

“Forcing a crop into less-than-ideal seed-beds to save a few days can in fact result in a greater yield loss.”

His recommendation is to go by soil moisture and temperature. “Soil should be at least 5C and rising.”

Achieving a good-quality seed-bed is essential, but farmers should avoid overcultivating, as this can lead to compaction.

Most of the sugar beet is grown on skirt fen, running to silts, with some grown on sandy loam near Ramsey. In recent years Mr Drinkwater has reduced his cultivations.

His approach kicks off in the autumn with either ploughing or deep-cultivating soils.

Then, in spring, after the frosts have done their work, fields will get two passes with an 8m Cousins combination harrow to produce a level, good-quality seed-bed, before the 12-row Kverneland Monopill precision drill gets into action.

The cultivating and drilling is done within the same day, to reduce the risk of rain. “If it rains after harrowing, it can take ages before we can get back on.”

Mr Drinkwater does not mind some clods – the crucial factor is having tilth around the seed, which is drilled 1-1.5in deep.

All fields are mapped for P and K and these nutrients are variably applied, where needed. Most of his fields receive 40kg/ha of nitrogen immediately after drilling. The hungry sandy loam soils get a top-up, taking the total up to 85kg/ha.

The nitrogen is applied after drilling to avoid any risk of acidification, which can inhibit germination and slow down emergence.

Finally, early weed control is a vital part of establishment, as the young sugar beet plants are vulnerable to competition.

“The aim is to keep sugar beet weed free up to eight leaves, after which it can look after itself,” says Mr May.

He points to trial work showing that having one tall weed/sq m can equate to losing as much as 11t/ha of sugar beet yield.

This is because high yields are all about intercepting as much sunlight as possible, so it is crucial to avoid shading from weeds.

Crops typically reach canopy closure in the first half of June, in time to harvest the summer sun.

Weed beet is a particular problem, although Mr Drinkwater has seen success last year with the use of a neighbour’s optical-guided Garford inter-row hoe. It was used in the worst fields, with the rest taken out with a weed wiper.

“It has really helped clear out the worst areas and I will be adopting it again if needed.”

In terms of other weeds, Mr Drinkwater has a zero tolerance of fat hen, knotgrass and black bindweed.

His herbicide programme consists of crops on heavier ground receiving a pre-emergence spray of Pyramin (chloridazon) at 2kg/ha, then all crops will get Betanal maxxPro (desmedipham + ethofumesate + lenacil + phenmedipham) post emergence, as it offers control of an extensive spectrum of broad-leaved weeds.

He also adds some Goltix (metamitron) to the mix, to target the knotgrass.

Blackgrass is a further issue for most fields, for which Centurion Max (clethodim) is applied.

Paul Drinkwater is one of several growers taking part in Bayer’s #Beet150 competition, hoping to win one of two places on a study tour of Chile.

Chilean grower Barbara Becker is the current sugar beet record holder, with a yield of 196.7t/ha.