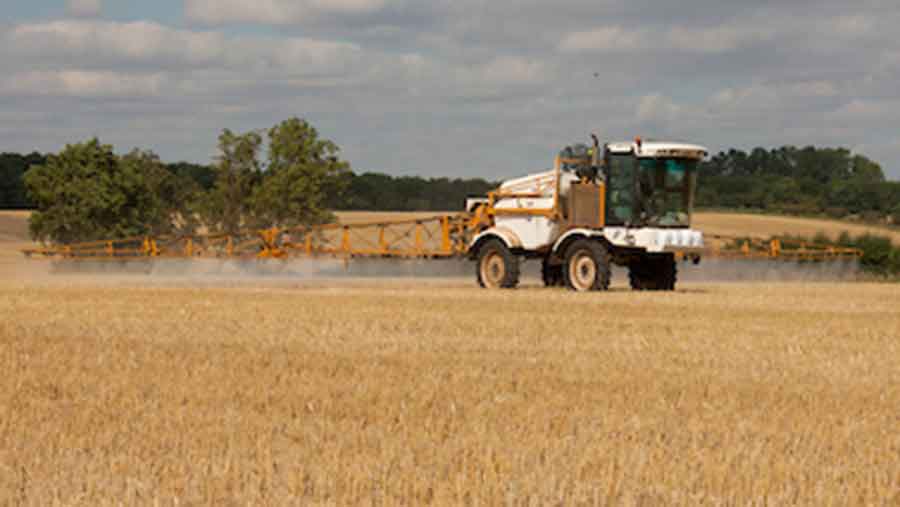 Farm leaders have accused the EU of prioritising politics over science after no agreement was reached over the reauthorisation of glyphosate.

Member states are scheduled to vote on a proposal to reauthorise glyphosate for five years at the next EU standing committee meeting on plants, animals, food and feed, to be held in Brussels on 9 November.

It follows a “no vote” in the last standing committee on 25 October when member states failed to support an EU proposal to renew glyphosate’s licence for a further 10 years.

A UK source close to the discussions told Farmers Weekly: “Based on the EU’s own science, there is no rationale not to relicense glyphosate for anything less than 15 years, other than politics coming into play.

“This would undermine the work of the European Food Safety Authority (Efsa) and the European Chemicals Agency (ECHA), who have both assessed glyphosate and concluded that it is non-carcinogenic.

“However, it now appears that the main criteria for decision making in this EU regulatory process is politics rather than science. Politicians and governments change with each election; farming and industry need greater policy stability based on facts to provide safe, affordable food and invest in the environment.”

According to the source, 16 member states including the UK indicated that they would be willing to approve a 10-year renewal for glyphosate, the most commonly used weedkiller in the world and the active ingredient in Monsanto’s Roundup herbicide.

But when representatives from France and Italy suggested they would vote against the proposal and Germany would abstain, the commission shelved the vote. “The EU then suggested a three-year licence renewal, but ironically pro-science member states said they would vote down this proposal,” added the source.

Green campaigners are lobbying for an outright ban on glyphosate, basing their argument on a disputed 2015 International Agency for Research on Cancer (IARC) assessment, which claimed glyphosate is a “probable human carcinogen”.

As a result, more than 1.3 million people have signed a petition by the European Citizens’ Initiative urging the EU to ban glyphosate.

The UK Crop Protection Agency (CPA) warned that failure to grant a standard 15-year licence would be a “hammer blow” for sustainable, productive agriculture across Europe that would risk the livelihoods of European farmers and the continued availability of safe, healthy, affordable food for consumers.

CPA chief executive Sarah Mukherjee said: “It’s disappointing that politicians across Europe have continued to ignore the science. However, we struggle to understand the justification for a five-year approval given that substances granted a clean bill of health have traditionally been granted 15.”