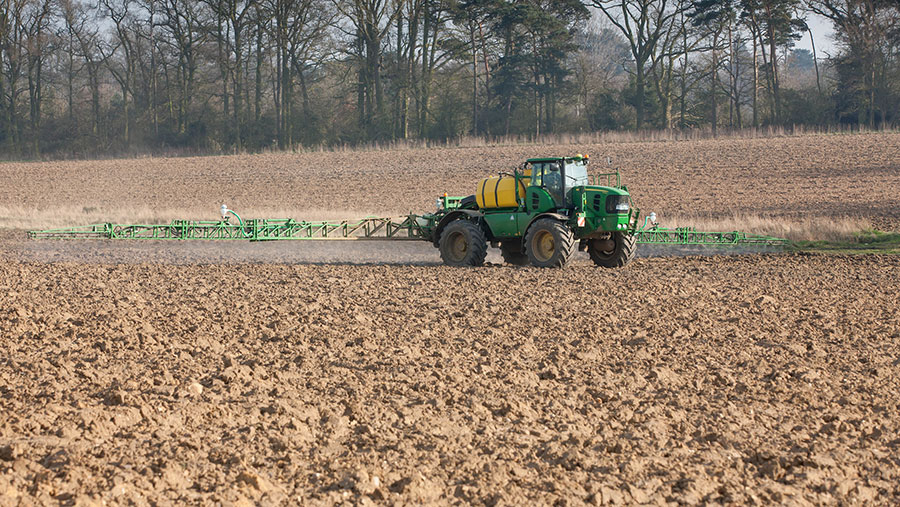 Farmers in the UK will have access to glyphosate for at least another five years after members states finally agreed to relicense the weedkiller.

The European Commission Appeals Committee met on Monday (27 November) to discuss the renewal of this vital agrochemical.

Following an exchange of views and a vote by member states representatives on the commission’s proposal to renew glyphosate’s licence for a further five years, a qualified majority of member states voted in favour of the proposal.

Eighteen member states, including the UK and Germany, voted in favour of a renewal, nine including France, Italy and Belgium voted against and only one country, Portugal, abstained.

EU health commissioner Vytenis Andriukaitis said: “Today’s vote shows that when we all want to, we are able to share and accept our collective responsibility in decision-making.”

The commission will now adopt the decision before the current licence expires on 15 December.

The NFU said the decision was “great news” and testament to the hard work of British farmers in lobbying MEPs over its safety and benefits.

NFU vice-president Guy Smith said: “Today’s decision will be of some comfort to farmers such as myself who have watched with growing concern as what should have been a straightforward decision became a political football.

“While it is good news farmers and growers will be able to continue using glyphosate for another five years, the fact remains there is absolutely no regulatory reason why it should not have been renewed for 15 years as originally proposed.”

The NFU has stressed that EU regulatory decisions on plant protection products, such as glyphosate, must be based on “science and evidence” and not politics.

Delighted common sense and science has prevailed and #glyphosate has been reapproved for 5 years. Am looking forward to being able to continue growing safe food alongside promoting a healthy environment #glyphosateisvital

I welcome the positive vote on #glyphosate today https://t.co/0mBYJRusk7

Sarah Mukherjee, chief executive of the UK Crop Protection Agency (CPA), said: “Whilst we are pleased that the science has eventually prevailed, the politicisation of what should have been a standard re-approval process sets a worrying precedent for the future of crop protection and sustainable farming in Europe.

“The loss of glyphosate would have caused significant damage to the economy, the environment and the agricultural sector.

“British farmers will be relieved that this vital tool will continue to be available to them, and they will be able to continue to do what they do best, providing us with safe, healthy, affordable food.”

The EU’s own food safety watchdog, the European Food Safety Authority (Efsa), concluded glyphosate is safe and rejected the findings of a 2015 International Agency for Research on Cancer (IARC), which concluded that glyphosate is “probably carcinogenic to humans”.

With Brexit negotiations ongoing, Mr Smith said it seemed the future use of glyphosate in the UK “will lie in the UK”.

“The NFU will focus its efforts on emphasising the safety of glyphosate and its importance to UK farming and the environment to UK politicians,” added Mr Smith.

However, the decision has disappointed green groups across Europe, who have staged a long-running campaign against glyphosate – the key active ingredient in Monsanto’s Roundup herbicide.

. Green MEP Molly Scott Cato, a member of the European Parliament’s Agriculture Committee, labelled the renewal of glyphosate as a “toxic decision”.

She added: “The commission are ignoring huge opposition from civil society; the almost one-and-a-half-million EU citizens who have signed a petition against glyphosate and the European Parliament who recently voted for a five-year phase out.”

But Anthea McIntyre, Conservative MEP for the West Midlands, said: “The scaremongering and indecision over this product had left farmers and growers fearing they were staring over a cliff edge, so this will be greeted with enormous relief.”

#Glyphosate – While we are glad a decision has been taken – we regret it is 5y instead of 15y, not taking into account strong scientific evidence by @EFSA_EU & @EU_ECHA! We hope this is an exception & that #EU will in future base its decisions on #science pic.twitter.com/oJP2ZIIejc