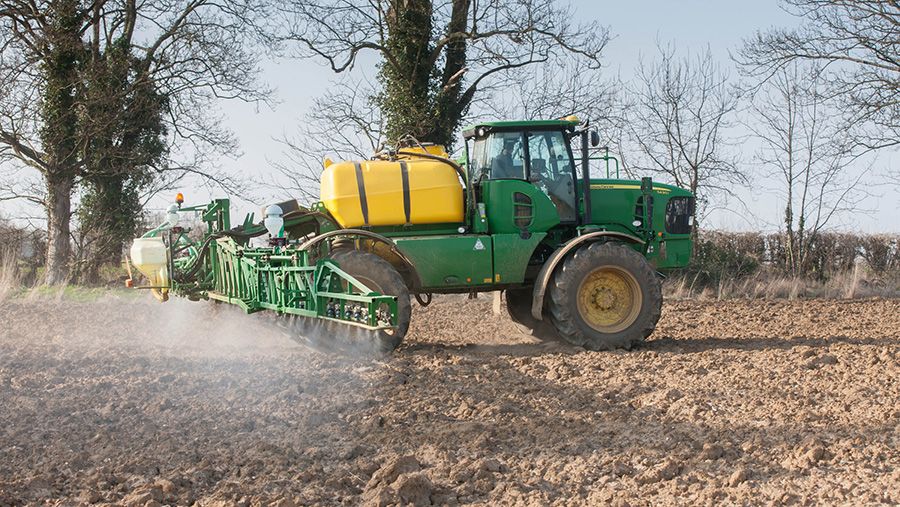 The European Commission is expected to renew the licence for widely used weedkiller glyphosate despite divisions in the scientific community over its safety.

The EU executive has drawn up a draft proposal, which recommends the renewal of the licence for use of glyphosate for 15 years.

The draft act foresees the reapproval of glyphosate until 2031, subject to a meeting of EU government officials on 7-8 March at which they are expected to give their opinion.

Glyphosate, which is the active ingredient in Monsanto’s Roundup herbicide, was branded as “probably carcinogenic to humans” by the World Health Organization’s international agency for research on cancer (IARC).

But a subsequent report by the EU food safety watchdog, the European Food Safety Authority (Efsa), concluded that glyphosate was “unlikely” to be carcinogenic.

“All labelled uses of glyphosate are safe for human health and supported by one of the most extensive worldwide human health databases ever complied on an agricultural product”
Philip Miller, Monsanto

Instead, Efsa has proposed a safety measure that seeks to tighten the level of glyphosate residues in food, such as bread.

Efsa’s decision sparked a backlash and EU health commissioner wrote a letter on behalf of 96 scientists to the food safety watchdog to express their “deep concern”.

Mr Url argued that Efsa’s report was a “more comprehensive hazard assessment” than the IARC report and it took in a range of other studies on glyphosate to reach its conclusion.

Nick von Westenholz, chief executive of the Crop Protection Association (CPA), said: “Efsa has looked in depth at glyphosate and is satisfied it is not carcinogenic or genotoxic (able to cause damage to genetic material). It is a pretty robust assessment, he added.

“Glyphosate often gets picked up by the media when activists and campaigners are trying to cast doubt over its safety profile. But if you look at the science and rely on the robust science assessment, I think people can be pretty satisfied it is safe.”

However, green campaigners have accused Efsa of ignoring health risks posed by glyphosate

In a statement, the Pesticide Action Network (PAN) Europe claimed EU member states had “let the interests of industry and farmers prevail over the interests of the public in allowing harmful pesticides on the market with data gaps and high risks”.

Martin Häusling, the agriculture and public health spokesman for The Greens/European Free Alliance, said the endocrine disrupting potential of glyphosate had not been properly assessed.

He accused the commission of “rolling the dice” on glyphosate use when there was “clear evidence of environmental risks and serious concerns of health impacts”.

“As long as manufacturers fail to demonstrate an absence of harm in a transparent manner, glyphosate should not be approved for use in the EU,” he added.

But Monsanto has insisted that glyphosate is safe to use. Dr Philip Miller, Monsanto’s vice-president of global regulatory affairs, has said: “All labelled uses of glyphosate are safe for human health and supported by one of the most extensive worldwide human health databases ever complied on an agricultural product.”