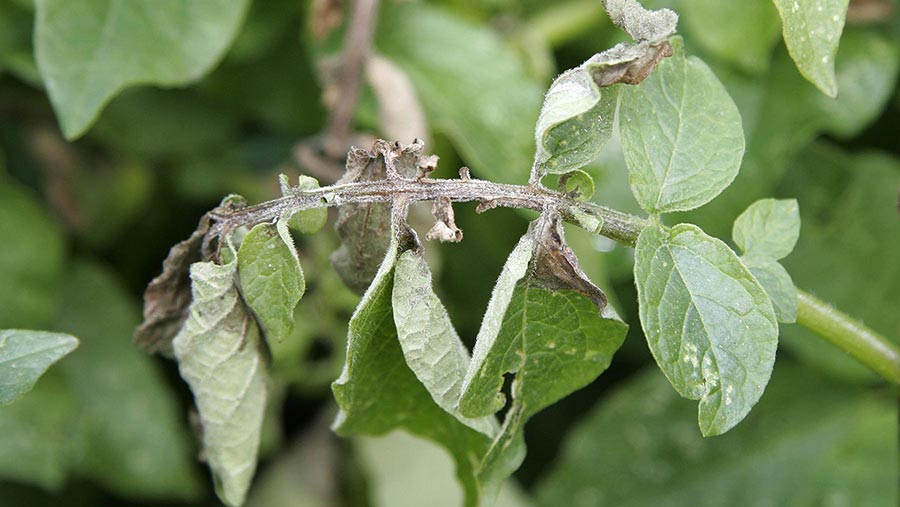 Defra has given the green light for a series of GM potato field trials by the Sainsbury Laboratory in Norfolk.

The laboratory will conduct field trials of GM potato crops on a designated trial site at the Norwich Research Park between 2016 and 2019.

The trials are part of a project to develop a Maris Piper potato that is blight and nematode resistant, bruises less and produces less acrylamide when cooked at high temperatures.

The project is majority-funded by the Biotechnology and Biological Sciences Research Council with additional funding from industry partners BioPotatoes (UK) and Simplot (US).

Jonathan Jones of the Sainsbury Laboratory said: “I am delighted that we have approval for the field trials necessary to test our potato plants in standard field conditions.

“We will spend the rest of this year making sure we can get the desired traits into Maris Piper plants and plan to conduct field trials from next year onwards.”

Prof Jones said scientists hoped to determine whether genes provided pest and disease resistance without a reliance on agricultural inputs, in an open air trial.

As a control for the experiments, plants carrying the resistance gene Rpi-vnt1 that have already been tested in the field will also be included in the trial.

The field trial will take place on a relatively small area of land (no larger than 1,000sq m), located at the John Innes Centre, on the outskirts of Norwich.

Approval has been granted for field trials to take place until 2019. If all goes to plan, the trials will be performed between May and November in each year.

Approval for the trials is a legal requirement.

The government’s Advisory Committee on Releases to the Environment said it was reassured that each trial was safe and would not cause environmental damage.

Steps taken by scientists to contain the GM plants and prevent them from mixing with conventional crops in the area include an isolation distance of 20m from other potato varieties.

A 3m-high fence will be erected to decrease the chance that larger animals will be in contact with the GM plants.

The field trial site will be visited regularly by trained laboratory staff to monitor the trial and to prevent any adverse environmental effects or any potential threat to human health.

At the end of each season, all harvested material (plant tops and tubers) will be placed in sealed bags or containers and removed from the site to an authorised waste-disposal facility.

After each season during the three-year trial period (and following the end of the trial) the plot will be left fallow and monitored for volunteer plants and groundkeepers.

Any plants identified will be immediately destroyed.