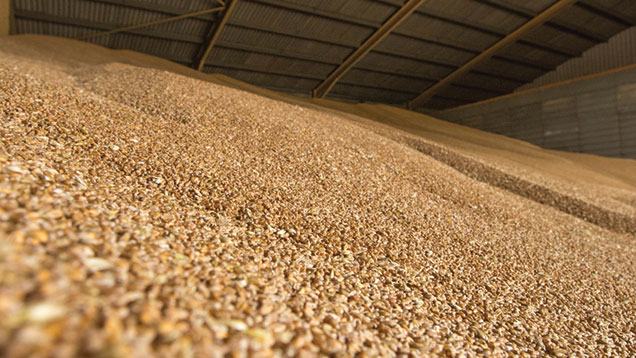 Wheat futures have recovered about £5/t of last week’s losses, after two months on a downward trend.

Midweek old crop ex-farm prices ranged from £102-£112/t, with the leading prices as usual in the North East and Scotland.

Conflicting crop news from different regions has made for a more nervous market.

Heavy rain on the US plains threatens to damage winter wheat crops, pushing prices up, while the Russian Agriculture Ministry’s announcement that it is lifting its grain export levy with immediate effect brought the prospect of more competition on export markets.

A new levy system is expected to be introduced for the new season from 1 July. Also in Russia, slow progress is reported on spring sowings. However crop development in Ukraine is good.

As the end of the grain year approaches, EU wheat exports at 28m tonnes to the end of March are making good progress toward the 31m tonne forecast, reducing the surplus to be carried over at the end of this season.

The US Department of Agriculture issued its first new crop (2015-16) forecast last week, predicting supply and demand to be finely balanced.

The past week has also seen the Food and Agriculture Organisation’s (FAO’s) first supply-and-demand estimates for the 2015-16 season.

Following two consecutive seasons of stock building, the FAO predicted global cereal production will fall by 1.5%, with maize accounting for most of the reduction, while consumption growth will slow, reducing stocks by 3%.