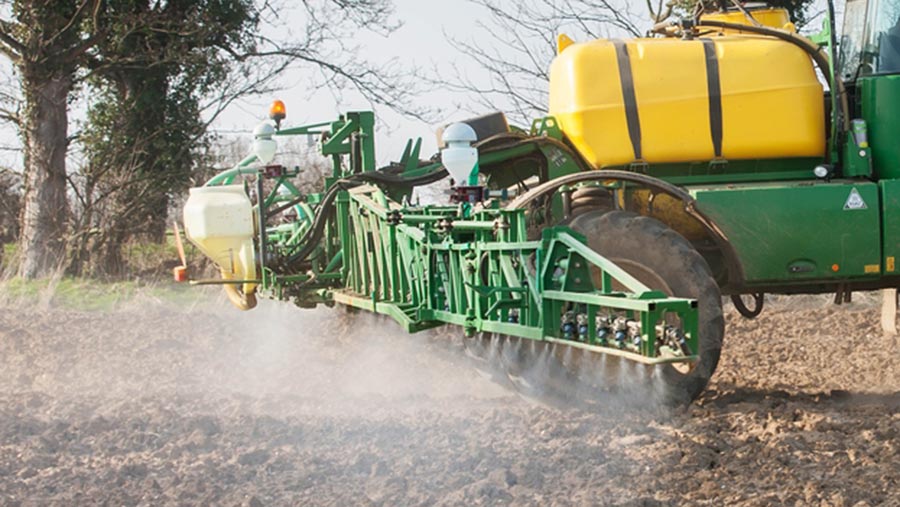 A Nottinghamshire grower is attempting to farm without the use of glyphosate, arable’s most popular weed killer, for three years.

In an experiment to see how the farm would cope in the event that glyphosate is banned, Newark AHDB monitor farmer John Miller will manage a 10ha field without using a single drop of the non-selective herbicide.

Mr Miller says his family have farmed the tenanted land at Manor Farm in the village of Kelham since 1939 and this trial will be a return to how his father would have farmed.

Glyphosate has been under intense political and public scrutiny, particularly regarding whether or not it causes cancer.

It is the world’s top-selling herbicide, used by farmers to kill weeds, burn off cover crops and desiccate crops before harvest.

EU officials granted an 18-month extension to the licence for glyphosate use in June.

After winter wheat was harvested on the trial field, it was raked and rolled to deal with any volunteers and weeds, with a smattering of blackgrass plants causing some concern for Mr Miller.

The field will be treated with diquat later this autumn to kill surface weeds, and then will either be ploughed or direct drilled with beans in the spring. 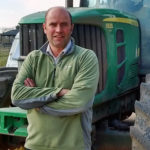 Planned cropping for the second and third years will be winter wheat, followed by sugar beet.

Mr Miller adds that the field, a sandy-clay loam soil, is relatively easy working land, although it does have the potential to become waterlogged as the farm is so close to the River Trent.

Harry Henderson, East Midlands AHDB Cereals & Oilseeds knowledge exchange manager, says this experiment comes at a time where there is a trend towards reduced cultivation and cover cropping, while glyphosate use remains politically divisive.

“This is an interesting experiment because we just don’t know if, when or how we could lose glyphosate. But as the industry moves towards less use of the plough we rely more heavily on glyphosate as the only alternative.

“It makes sense to look at ways around this potential issue from an early starting point. Of course, the ultimate aim is to move to a system that’s less reliant on herbicides.”

For more information on this monitor farm trial, go to the AHDB website.