Switching from min-till to no-till and using permanent tramlines has not only cut establishment costs by £70/ha, it has allowed one Cotswold grower to improve his key asset – soil.

Nick August admits that the main reason for moving from min-till to direct drilling eight years ago was to cut his establishment costs by reducing the number of passes, fuel and wearing parts. 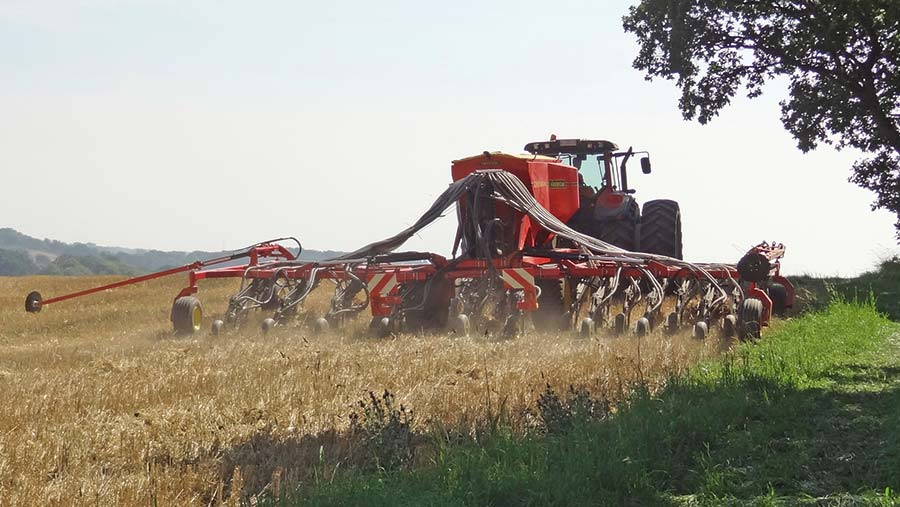 Since then, the environment has moved up the agenda and he now believes it has a key role in improving water quality by minimising soil runoff and reducing greenhouse gas emissions by capturing carbon in soil.

Another driver for the move to controlled traffic farming and no-till on his 400ha farm near Burford was to improve his key asset – soil.

“Being an owner/occupier, it is in my interest to have good soil health and improve the productivity of the land.”

To help increase soil organic matter, all crop residue is left in the field and there is extensive use of cover cropping.

Cover cropping in the form of stubble turnips is not new at August Farms, as the crop had previously been grown as sheep tack.

Mr August calculates that the switch from min-till to no-till has cut diesel use for crop establishment from 18 litres/ha to 4.7/ha. Wearing parts have only cost £4,000 over the 3,000ha life of the current 8m Vaderstad Seed Hawk.

The time taken to drill has fallen from 54min/ha to 26min/ha, which he says improves drilling timeliness.

These figures come from his own trials carried out two years ago comparing no-till with min-till (Horsch Pronto) with a Sumo DTS strip-till drill across five replicates (see table).

When looking at margin over establishment costs, the min-till treatment had the edge, partly through a higher yield 0.64t/ha.

But the £70/ha extra cost with min-till was only yielding £5/ha extra margin.

“You can argue that min-till is better, but it’s a small return on investment over an 18-year period [growing plus marketing period].

For cover crops, his current approach is an oil radish and tillage radish mix with oats.

“We are getting 90% of the grazing yields as we were with stubble turnips for the sheep plus the allotropic benefits on blackgrass. 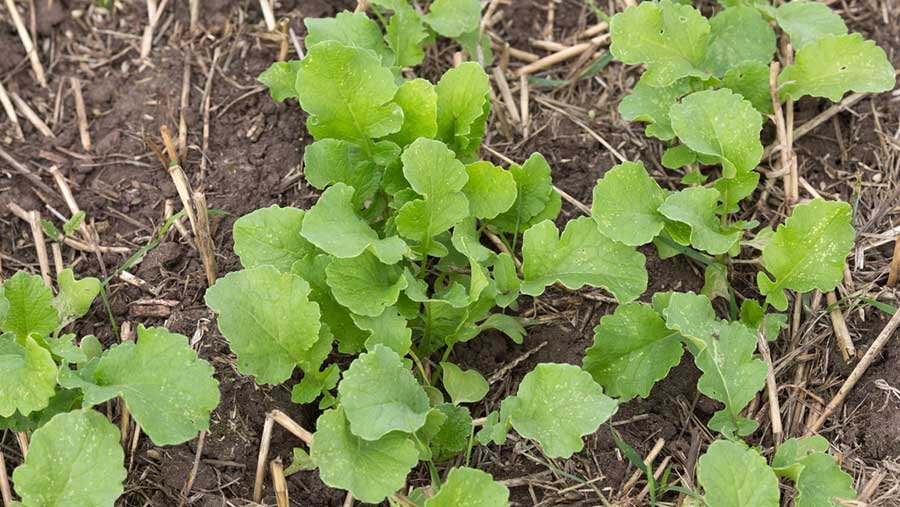 “After being grazed, the crop recovers and keeps growing which retains soil integrity,” he explains.

Having CTF means it is easy to drill into the row gaps to aid establishment of the following crops.

His advice for growers is that every farm is different and they need to assess the problems on their farm.

“For example, is it maize stubble runoff that you are trying to solve, which means opting for forage rye or Westerwolds. Or is it tillage radish to bust a plough pan?

“End of the day, it has to be economic and environmentally stable.”

To maximise the benefits, he advises getting the cover crop in as soon as possible after harvest and keeping it in the ground as long as possible.

Also consider Ecological Focus Area rules [on mixtures] and winter hardiness, as frosts can knock out some species like black oats leaving you with no crop for a significant part of the winter.

“It [significant increases in soil organic matter] will not happen overnight and will take time.”

Mr August is also seeing soil benefits from the action of roots, which soil pits reveal are penetrating the stony sub surface with his typical sand, loams. Benefits are also being seen on the less typical heavier clay loam.

So much so, peas which are sensitive to compaction are being successfully grown in a no-till system and wheat yields in 2014 topped 11t/ha. 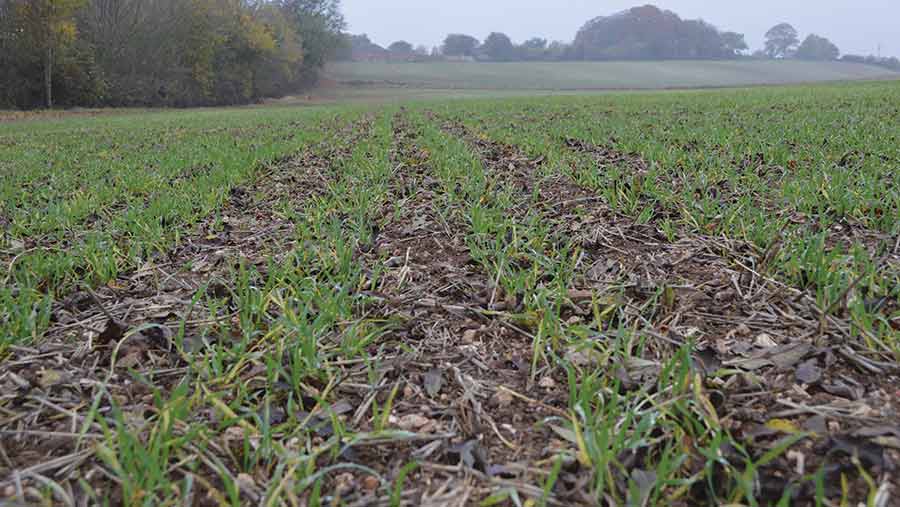 Subsoiling has yielded few benefits and should be targeted at headlands and redundant wheelings rather than being done across the whole field.

Subsoiling prior to oilseed rape was always said to improve yields, but Mr August has had mixed results in trials and has even seen it make things worse.

“We used lifter tines on tramlines so that they can support traffic in the dry winter of 2011-12 and the following summer was a shocking harvest and soil had not consolidated, causing more soil damage than if we had not done it.

“So make sure subsoiling pays,” he says.

Dick Godwin of Harper Adams University adds that in Harper trials, in 40 seasons, he only saw benefits with subsoiling in 7-8 years and they tended to be with spring crops and in a drought year.

“Don’t do a lot of loosening and then put heavy kit across it, as makes the situation worse than before,” he warns.