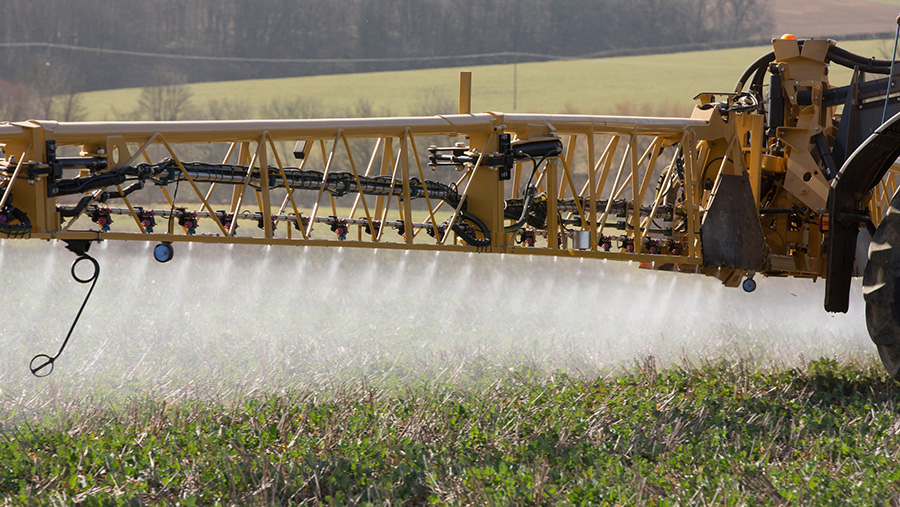 Oilseed rape growers may struggle to control broad-leaved weeds this spring as a knock-on effect of recent mild conditions, with key herbicide Galera (clopyralid + picloram) unable to be used on forward crops.

Rapeseed crop growth has been accelerated by a combination of early drilling to combat flea beetle attack and an unseasonably warm winter.

Post-emergence herbicide Galera can only be applied to oilseed rape crops from 1 March onwards, but cannot be sprayed on plants where green buds have emerged.

Last year saw a label change for the product, resulting in the earliest application date being pushed back.

See also: How to assess and regulate oilseed rape growth this spring

Farmacy agronomist Ryan Hudson tells Farmers Weekly that there are not a lot of options for control of weeds such as cleavers, thistles and mayweeds in rapeseed crops that have already hit this growth stage.

“There are plenty of crops with green buds out already and in these cases there’s not a lot you can do based on the label recommendation.

“In a lot of cases where it was looking like there would be an issue the decision was made to tackle the cleavers or thistles earlier on with Astrokerb (aminopyralid + propyzamide) which gave good results.

“It’s really about forward planning, so if you’ve got a field full of cleavers now there’s not a lot you can do about it.”

For best control in less advanced crops he recommends growers be prepared to get a Galera spray on as soon as possible in March and advocates using a full dose at 0.35 litres/ha.

“Don’t skimp on the rates – you’ll need to hit cleavers as the crop is growing away in March.

“Bear in mind that if you’ve got particularly big weeds the spray will only hold them back and might not kill them completely,” he adds.