There’s no silver bullet when it comes to putting no-tillage cultivation techniques into practice, but there is a basic recipe that everyone can follow.

Minimal soil disturbance, diverse rotations and soil cover at all times were the three key ingredients for success, while there is a need for patience with the approach, stressed experts.

For Sarah Singla, arable grower and no-till consultant from the south of France, the extra ingredient required for success is the right mindset.

“There are always excuses which can be made – too wet, too cold, too hot for no-till to work – but if you want to do it, you will,” she said.

On her farm, what she terms conservation agriculture has been practised since 1980.

“Put simply, we don’t touch the soil. Iron has been replaced with roots, reducing our fuel use by 65l/ha. We are mimicking nature with living plants, by using cover crops, companion cropping and perennial plant species, with earthworms giving us extra help,” she said.

Soil health is central to the approach and the aim is to increase soil organic matter, so that it can store more nutrients and water. For that, soil biology is important, she added.

Hertfordshire grower Ian Pigott agreed that improving the soil was the main driver for his change in farming system.

“It’s not straightforward and adopting no-till takes guts. There will be bumps along the road,” he said. 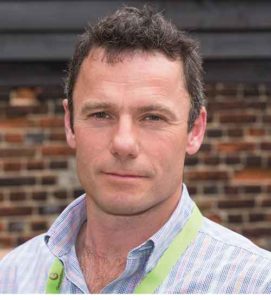 Mr Pigott added that it takes three to four years for soils to recover and adapt to the new regime, so he said it is certainly not a quick fix.

That view was shared by no-till veteran Tony Reynolds (see Experience after 15 years), who farms 1,200ha in the East Midlands and switched to no-till back in 2003.

“The higher the clay content of your soil, the longer it takes,” he said.

While results from the first year can look very promising, the second year usually isn’t as good even though costs have come down, he noted.

“In year three, you begin to wonder what you’re doing, but year four is the turning point,” added Mr Reynolds

Where slugs are a concern, especially if cover crops are being introduced, Jill Clapperton from the US suggested that diverse rotations could help by attracting more beneficial insects and ground beetles.

“There’s more predation of slugs, so numbers do come down. But you never get rid of them completely,” said Dr Clapperton.

Tony Reynolds of Thurlby Grange Farm in south Lincolnshire said that not moving the soil at all is the key to making no-till work. 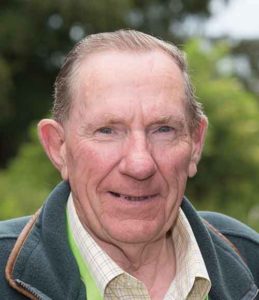 “The only way I can tell if our land has been drilled is to get down on my hands and knees. Otherwise, you wouldn’t know,” he said.

Mr Reynolds switched to no-till 15 years ago, and has seen fuel use fall from 95 litres/ha to 41 litres/ha in that time, while establishment costs have fallen from £266/ha to just £30/ha.

He has not needed to apply any phosphate, potash or lime, for the last nine years, while yields have improved across both winter and spring crops.

Meanwhile, grassweed problem and in particular blackgrass have been reduced.

“As soon as you touch the soil, it makes any blackgrass problems worse,” he warned.

On his three farms, diesel use has reduced by 50%, phosphate and potash use is down by 80% and nitrogen use has fallen by 50%.

What about blackgrass control with no-till

Blackgrass is a cultivation junkie, so make the environment difficult for it to get the fix it needs, said no-till consultant Steve Townsend.

“Weeds should be considered as an indicator, and blackgrass indicates cultivated, wet, anaerobic soil,” he added.

Blackgrass has done well in the UK because winter cropping has created perfect conditions for it and the week needs a cultivation to get going.

As a result, no-till reduces blackgrass populations because minimal soil disturbance reduces weed seed germination, while residue cover has both an allelopathic and a shading effect.

“Don’t incorporate the residue, as that makes soils anaerobic. Use it for shading and mulching; blackgrass needs a light flash to germinate, which it won’t get under surface residue,” he pointed out.

In addition, no-till systems create a stabilised weed seed zone, as the seeds are left on the surface, while having spring crops helps to break the life cycle of the weeds.

“Aim for 25% of spring cropping in your rotation and consider the use of double breaks, if necessary,” he said.

*All the speakers were attending the UK’s first no-till show and conference, which was held recently by the Cherry family on their farm at Weston, Hitchin, Hertfordshire.