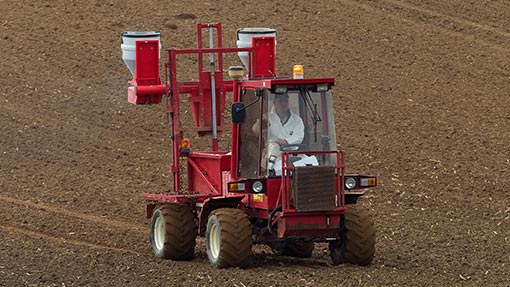 Judging by the amount of activity being observed in standing crops, growers should prepare themselves for high numbers of slugs this autumn.

In a typical season, slug breeding activity peaks during April and May, explains independent expert Dr David Glen, who adds that this is when the slugs make good use of warmer temperatures and regular showers.

“These conditions allow them to come to the surface and feed, before laying up to 500 eggs each over several weeks.”

That activity certainly took place this year, he confirms, as juvenile slugs have been reported in high numbers. “Added to this, populations are likely to have been boosted by a high carryover of eggs from last year, due to the mild winter.”

That’s because autumn-laid eggs were kept moist by the wet winter, he says. “And without many ground frosts, most of these remained viable coming into the spring.”

As a result, only a prolonged run of hot, dry weather will prevent autumn crops from coming under pressure from the outset, he warns.

“It could be worth applying slug pellets up to a week before drilling if thresholds have been exceeded and ground conditions are suitable for slug activity,” he advises.

Where this is being considered, the ground should be left undisturbed for three days after treatment. “But don’t delay drilling to allow this to happen. It may be more practical to apply pellets immediately after drilling and then roll the seed-bed.”

The revocation of methiocarb means growers will soon have only two active ingredients – metaldehyde and ferric phosphate – to use in the battle against slugs. That makes keeping within the application limits advised by the Metaldehyde Stewardship Group (MSG) more important than ever, to avoid any further detection of metaldehyde in water.

“A well-timed application of slug pellets, made alongside cultural control methods, is the best approach,” says Eric Gussin of the MSG. “Seed-bed conditions are important for restricting slugs and preventing crop damage.”

Where chemical control is needed, the maximum application rate for metaldehyde-based pellets remains at 210g/ha of active ingredient, while the total for the year is 700g/ha, he says.

“There’s also a maximum of 210g/ha that can be applied between August and December, while pellets should not be applied close to watercourses and when heavy rain is forecast or drains are flowing.”

Monitoring and testing of water supplies continues, as does work looking at how slug pellet use can be targeted according to risk, Mr Gussin reports.

“With the water companies, we are looking at field-by-field targeting, to see whether it has a role in helping the industry to comply with the Water Framework Directive, as well as securing the long-term future of metaldehyde for the majority of farms,” he explains.

For some growers, that does involve more stringent measures, he acknowledges. “But this is a collaborative approach, with open dialogue between everyone involved. There’s tremendous willingness to find a solution that works for all.”

As a result, two pilot areas where there’s a voluntary ban on the use of metaldehyde on identified fields are already under way – the Mimmshall Brook catchment in Hertfordshire and the Avon and Leam catchment in Warwickshire – with a further two planned for this autumn.

The new areas, Pincey Brook in Hertfordshire and Pitsford in Northamptonshire, are also in high-risk water catchments and have had detailed field mapping conducted. Both Anglian Water and Thames Water are involved in the new initiatives and have assessed the at-risk fields according to soil type, topography and proximity to a watercourse,

From September 2014, growers in these areas are also being encouraged not to apply any metaldehyde-based slug pellets at all to these fields. With methiocarb only being available for one more year, the alternative is to use ferric phosphate-based pellets if slug control is required.

For them, a different mindset may be required with Sluxx and Derrex, the ferric phosphate-based pellet brands, advises Robert Lidstone of Certis.

“They are 3% pellets that can be applied through normal application equipment,” he says. “There’s a maximum dose rate of 7kg/ha and a maximum total dose of 28kg/ha, with no special buffer zone requirements.”

However, the slugs take longer to die and tend to go back underground. “So you don’t see dead slugs or slime trails, which are so familiar with metaldehyde pellets. But they are still effective.”

Applied at the same timings as other pellets, Sluxx and Derrex can be alternated with different pellet types, without any loss in control.

“Some growers use ferric phosphate-based pellets in high-risk areas, or when there’s a likelihood of wetter weather,” he points out. “Having that flexibility is very important.”

Mr Lidstone believes more forward planning is required, especially where slugs are expected to be a problem. “Know what the risk is and plan your treatments accordingly. Think about what active ingredients you will use, and in what order.

“And also consider your actions if the drains are flowing.”

At present, most growers have a choice of active ingredients for slug control. “Let’s try and keep it that way,” Mr Lidstone says. 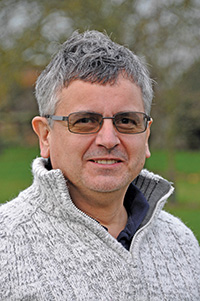 With metaldehyde’s long-term future under the microscope, agrichemical specialist Zantra put a range of slug pellets through their paces last autumn.

The study examined a number of pellet characteristics, both to check the claims being made about them and to update the company’s existing knowledge, explains Zantra’s technical support manager Paul Beech (pictured).

“Resistance to weathering is becoming much more important, given the pressure on metaldehyde and the MSG guidelines on pellet use,” says Mr Beech.

Pellets that can withstand wet weather for longer tend to give better slug control and reduce the number of applications required, he says. “But where they are prone to losing their integrity in wet conditions it can cause active ingredients to leach into soil water and then into watercourses.”

As a result, two tests were undertaken, using different wetting regimes, with 0.5mm of rain applied as irrigation every 24 hours. After each application the excess water was either removed, so that the pellets were on a damp base, or left so they were sitting in a shallow puddle of water.

“After eight days, the hybrid 1.5% pellet was defeated in both regimes – it had started to break down after 24 hours. But both the 3% bran-based pellets fared well, as did one of the 3% pasta-based pellets,” he says.

In a second test, all of the pellets were reasonably intact after seven days, he says. “But after 14 days, those pellets left sitting in water had become unattractive to slugs. Where some drying had taken place, they were mostly intact and remained attractive to the pest.”

A closer look at pasta-based pellets was warranted due to the differences seen in the first test, adds Mr Beech. “We were surprised that in one test, two apparently similar 3% pasta based products performed differently, although in a second test this was less marked.”

While they were very similar superficially, under a microscope discrepancies were observed. “One of these two pellet brands was rougher in structure, as well as being slightly lighter and slightly larger. These are things which can have an effect on its water absorption rate.”

It also had jagged cut ends – another way for water to gain entry. “The other pellet was better formed, which may be why it did better in our test.”

Other findings from the study were that the pasta-based pellets had a much tighter size distribution than the bran-based ones. This can have an effect on pellet spreading and on the slug control achieved. Zantra also found that not all of the pellets types matched the supplier’s claims for baiting points/sq m.

All this goes to show that different pellets may be suited to different uses in a season, with the less-persistent products perhaps fitting better at drilling time when soils should be drier, suggests Mr Beech.

“So it’s worth doing your homework before you buy slug pellets; cost isn’t the only consideration – think about performance related to conditions as well.”