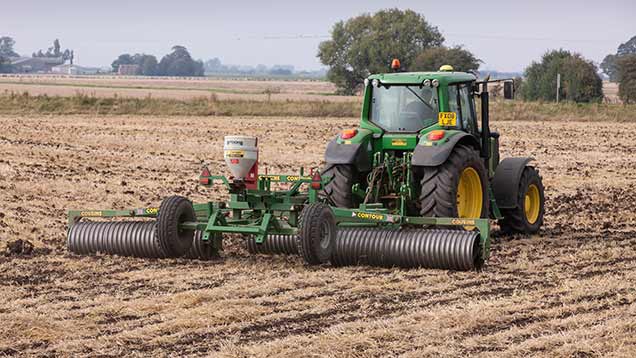 An initiative to tackle metaldehyde in surface water has successfully signed up 100% of the farmers to use an alternative for the coming season, by covering the additional costs.

Slug killer metaldehyde is currently the most common way of dealing with slugs, but it is coming under pressure after being found in surface water.

Lucinda Gilfoyle, catchment strategy manager at Anglian Water, says: “We need to work out how to tackle metaldehyde in our waters. It is just not possible to remove it through water treatment and if we don’t find another way, farmers are likely to face further regulation.

“We can avoid this, but only if we work together to find the solution in areas that are important to drinking water supplies.”

A number of voluntary initiatives have been trialled by water companies working with farmers, but so far there has been mixed success, as highlighted at a briefing at year’s Cereals event.

The key sticking point was farmer engagement in the voluntary schemes. For example, uptake was good (91%) in the Mimmshall Brook catchment (Affinity Water), while a disappointing uptake was seen in Anglian Water’s Pitsford catchment, prompting a new approach for this season.

Anglian Water recruited a new team of catchment advisers, who visited all the farmers managing land around six of the region’s reservoirs. All these farmers have now signed up to the “Slug it Out” campaign, which involves switching to an alternative method of slug control.

The trial covers an area of more than 7,000ha and farmers within these areas will receive payments to cover additional costs, for taking part and for achieving water quality results, she explains.

“In order to prove it can be done it was vital to have every farmer in these reservoir catchments on board,” she says.

She explains that with all farmers involved, they have the best chance of gathering robust evidence for the effectiveness of catchment management in reducing metaldehyde levels to below the regulatory standard.

Experts will be analysing the results of water quality tests in the reservoirs and brooks that feed into them throughout the autumn and winter alongside yield results from the farms later in the year.