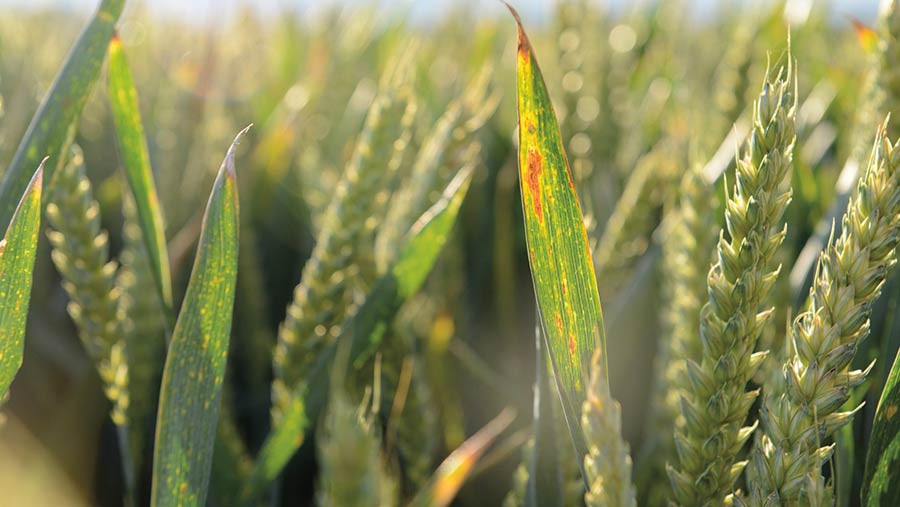 Arable farmers across the UK are being warned that their spring cereal crops could be at high risk from barley yellow dwarf virus (BYDV) infection.

Crop production specialist Hutchinsons says crops could be more susceptible to winged aphid attack in the coming weeks because of the poor weather in March and early April, which resulted in a late drilling season for many.

The infection, which is the most widely distributed viral disease of cereals, generally affects barley and oats to a greater extent than wheat, with early infections holding the potential for significant yield losses.

Duncan Connabeer, technical support manager for Hutchinsons, admits that although monitoring by the AHDB and Rothamsted suggests current aphid activity is low, field reports claim they have started flying, so the situation could soon change.

“Last spring was a perfect storm for the disease, when a huge aphid flight coincided with the emergence of late-sown spring cereals. This resulted in significant BYDV symptoms in regions across the UK. This season could again play into the hands of aphids if we see numbers increase,” he said.

Aphids are more of a threat to spring barley crops when plants are young, typically up until growth stage 31, after which they become less susceptible to infection.

If growers plan on applying an aphicide to crops, the message is the earlier the better. However, Mr Connabeer wants growers to understand that spraying is unlikely to be effective, due to rapid crop growth and repeated aphid flights.

His advice is to instead focus on improving crop rooting and vigour through nutrition and disease control, in order to boost growth and help crops progress past their vulnerable window, mitigating the effect of yield loss from the virus.

Growers can monitor aphid risk in the coming weeks by following the free online AHDB/Rothamsted alerts.