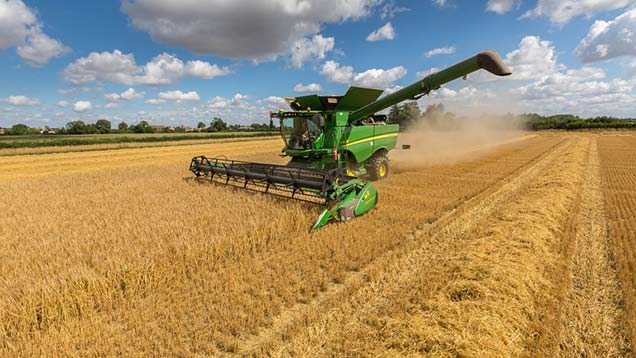 Half of the winter barley crop is now harvested in the UK along with 35% of oilseed rape, and both are yielding above long-term national averages.

Some 10% of the national combinable crop area had been cut by 4 August, according to crop scientists group Adas.

Quality has generally been good with high average specific weights (67kg/hl), low grain nitrogen (1.4%) and low levels of screenings, according to data, with a bias toward the South and East, where earlier crops were cut.

Adas estimates that only about 1% of the winter wheat crop has been cut and less than 1% of the spring barley crop harvested by 4 August.