Britain’s winter barley harvest has started up to two weeks ahead of schedule for farmers in Eastern counties, because of the heatwave with temperatures into the 30s.

Early indications point towards an average harvest at best due to the prolonged period of dry, hot weather, with some counties in the South East experiencing the driest June in almost 100 years.

“Traditionally, we have always banked on mid-July for barley harvest, so this is a good two weeks ahead,” said Simon Eddell, farm manager at Rougham Estate, Bury St Edmunds.

“It all comes down the dry, hot weather we have had – the last time we had any significant rainfall was 13 May.” 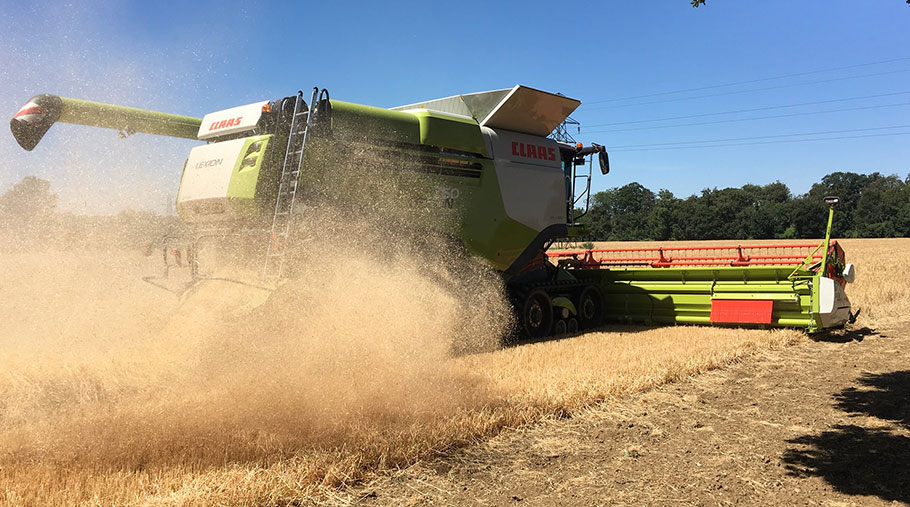 Mr Eddell was set to begin combining on Monday (2 July) on 80ha of Maris Otter on contract with Robin Appel.

“The barley has looked well all year and if you’d asked me three weeks ago I would have said it was full of potential. But we will have to see how the final growing period has been affected by the weather.”

While Mr Eddell expected the barley to be very average, his concerns were now turning to wheat. “The wheat could really do with a drink and sugar beet seems to be suffering the most.”

Further west in Newmarket, winter barley harvest had also started earlier than usual on a Velcourt-managed estate, headed up by Ben Martin, who was positive about the outlook.

Despite the early harvest, Mr Martin was quite happy with the crop. “If we hadn’t had the long dry period, this year would have been an above average harvest. In terms of yield we think it’ll be fairly average this year at 5.5-6t/ha.” 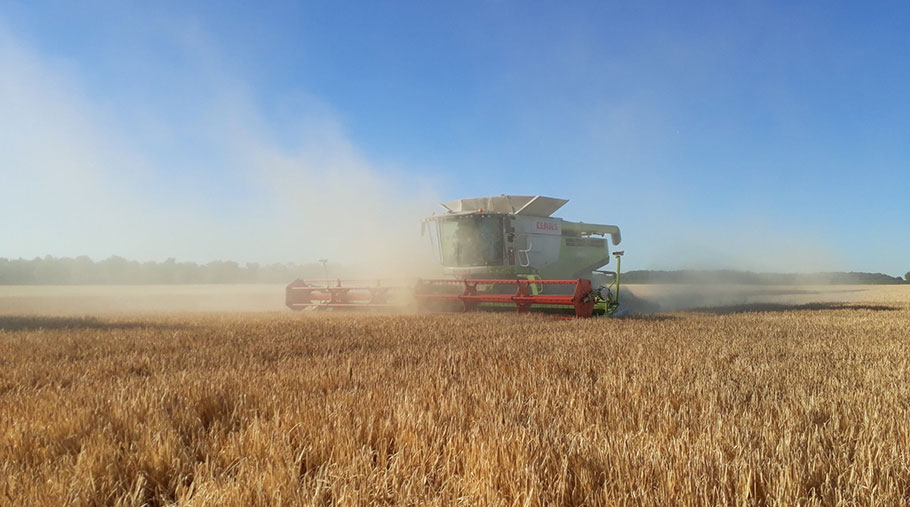 Staying in Suffolk, John Collen had also begun winter barley harvest at his farm near Lowestoft. “We have cut about two-thirds of a 100ha Bazooka crop with yields averaging at 7-8t/ha,” he said.

“Last year our average was about 10t/ha, but I’m not disappointed with this year’s crop.”

Even so, this year’s harvest would be average at best, added Mr Collen. “Bushel weights have been OK at about 64kg/hl, so not a disaster.”

Similar to other farmers in the county, his barley harvest had begun much earlier than usual. “Last year we began on 4 July – we’ve never started in June before. However, the grain was fit and it’s safely in the shed now.” 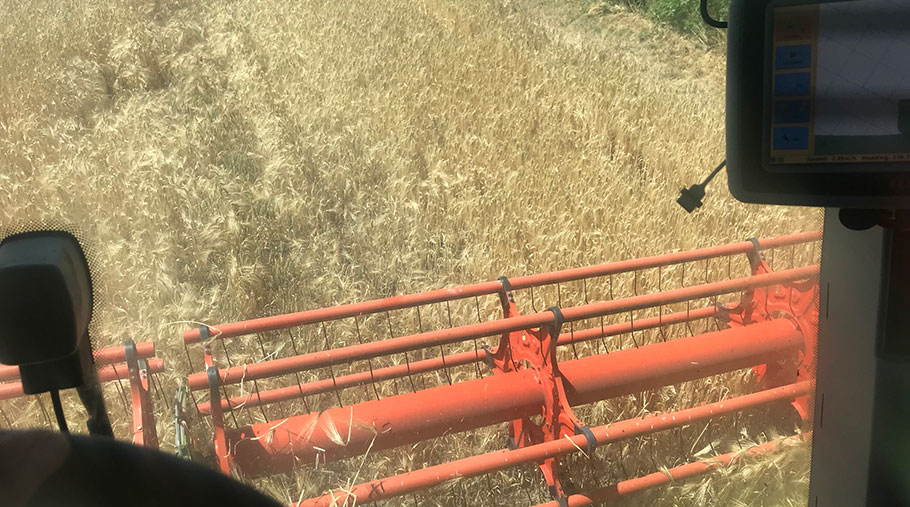 On lighter land, concerns were building over the wheat harvest, with many growers in the area noting crops “dying on their feet”, added Mr Collen.

“We harvested 30ha of Tower winter barley last Thursday (28 June). The yield was about 6-7t/ha which is below our average of 8-9t/ha.

“In 40 years of farming we’ve never started harvest this early.”

The decline in yields was once again attributed to the extreme weather over the past month, he added. “It looked like a pretty decent crop, but it dried out very quickly.”

Concerns were now turning to wheat crops, with combining expected to begin in a week’s time – as well as worries over maize and linseed crops, added Mr Button.

Make sure you are up to date with all the latest harvest 2018 developments by following Farmers Weekly’s Harvest Live Twitter account (@FWharvest) and liking our Facebook page (@FWHarvestLive). Use the #Harvest18 when Tweeting

Also, you can get all the news and analysis on the Farmers Weekly’s harvest page.