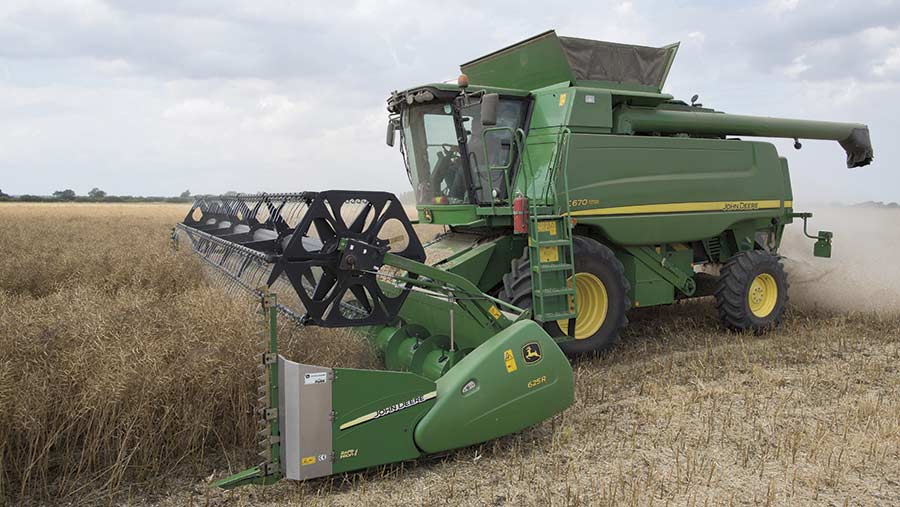 Ease of harvesting could become just as important as ease of management when it comes to choosing oilseed rape varieties.

The threat to glyphosate’s future and the possibility of greater restrictions on the use of pre-harvest desiccants means that farmers are starting to consider alternative ways of getting their oilseed rape crops to ripen evenly in time for harvest.

As a result, they are turning to plant breeders for solutions, some of who are investigating whether harvestability is a trait that can be measured and ranked.

One of these is DSV, which is in the very early stages of giving its own varieties a score, although the company is quick to point out that harvestability is a complex trait that is influenced by the amount of biomass and maturity of straw, as well as several other factors.

“It’s a trait that is expected to become more important in the future, and not just in the UK,” points out Alex Doering, DSV’s oilseed rape specialist for Europe.

Starting with the influence of biomass, he explains that shorter varieties are easier to harvest simply because less material passes through the combine and cleaning is easier.

“With straw maturity, we know that green, moist straw is more difficult to get through a combine. It also causes higher grain losses and hampers cleaning on the sieves.”

While National List trials in Germany have a score for “delay in the senescence of straw”, it has been controversial, he reports.

“It caused a great deal of discussion,” he admits. “That’s because the healthier the variety, the greener the stem in the summer. It isn’t necessarily a bad thing when it comes to yield.”

“Of course, harvestability is more closely linked to lodging resistance. A heavily lodged crop is the most difficult to harvest – a standing crop is always better.”

Dr Doering believes that early maturity will become far more important if glyphosate does get banned.

“In Germany, only 10-15% of the crop is desiccated, so early varieties are much more popular than they are in the UK.”

German experience has also shown that low plant populations have caused issues, as these crops have been more difficult to harvest, he notes.

Semi-dwarf varieties could also be helpful, he suggests. “These types are starting to make inroads now and their plant architecture means that they can have an advantage at harvesting.”

Simon Kightley, Niab Tag’s oilseeds specialist, believes that crop height is less of an issue with big combines that have wide tables, but stresses that good lodging resistance is always of value.

He also points out that here are plenty of seasons where glyphosate is not the perfect solution to crop ripening, as it can be very slow to work.

“More work needs to be done on varieties going through to natural maturity, so that growers have that information to hand.” 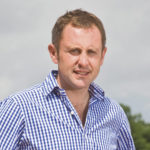 The potential loss of glyphosate was just one of the reasons why a Lincolnshire farming business left a 36ha field of oilseed rape to ripen naturally last year.

The other driver was a study tour to Germany in 2015, where head of farming for Sir Richard Sutton Ltd, Chris Baylis, was told that it was standard practice to leave crops to ripen in their own time.

“In Germany, they believe that the use of a pre-harvest desiccant can have an adverse effect on the gross yield of the crop,” he says.

As a result, he decided to leave a block of Extrovert to see if there were any differences at harvest.

Otherwise, the field in question was managed in the same way as the rest of his oilseed rape throughout the growing season so that it had no advantage.

At harvest, a yield improvement of 0.5t/ha was recorded. “We didn’t encounter any harvesting difficulties and the crop was harvested a week later than those that had been desiccated,” he recalls.

The only difference was that Mr Baylis did apply a pod sealant to the crop, going in slightly earlier than the normal desiccation timing to reduce the risk of pod shatter.

“However, I’m not sure that we do see any benefit of this on varieties that have pod shatter resistance.”

This year, he plans to leave a larger area to ripen naturally to see whether similar results are achieved.