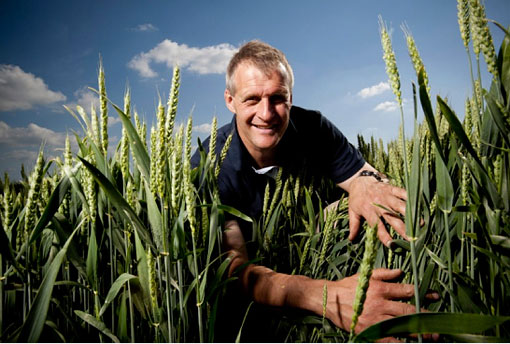 First, congratulations to Colin McGregor on winning Farmers Weekly Arable Farmer of the Year. It’s great to see another from the locality attain such an accolade and he is a worthy winner.

It’s been a frantic few weeks on the farm. Intermittent heavy showers have protracted sowing in the last couple of weeks, but dominating my mind was the broccoli and cauliflower. Our entire vegetable crop has been harvested in only a seven-week period, instead of the planned 10 weeks.

This, of course, is the result of the unusual cold weather delaying the start of harvest and a very warm spell at the end of September hastening the ripening, which meant is was impossible to harvest it all. It’s a huge disappointment, but I can’t complain.

The harvest crew have been excellent again, working very hard, with only three days off in that period. They understood the need to get out there and get as much as they could as quick as possible, and I owe them my gratitude.

In my column last month, it was stated that John Deere had given me my money back, but in actual fact, I am demanding my money back for the poor level of signal for the GPS. So come on John Deere. Cough up!

I would have been wearing a Welsh jersey if I had one the other day, and was gutted for the men in scarlet so clearly robbed of their righteous passage to the Rugby World Cup final. Even my famous rugby legend neighbour was a Welshman at Eden Park in Auckland that day.

But by the time you read this I’m sure that the All Blacks will have been justifiably crowned world champions. It could so easily have been Scotland. I can only dream.

Read more from Neil and our other Livestock Farmer Focus writers.