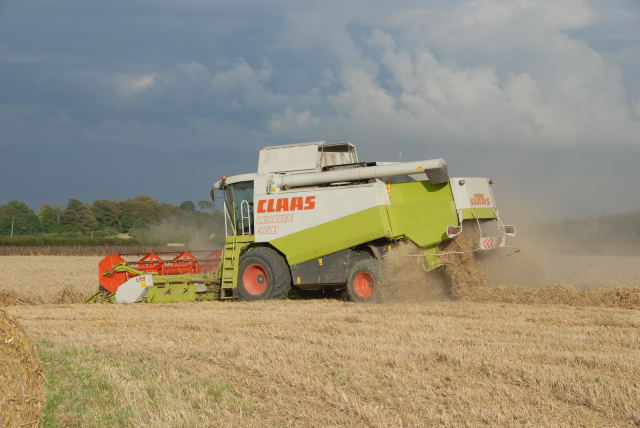 A fine day was had by most farmers across England, encouraging them to make further inroads into their wheat.

Caley Sackur was combining Malacca winter wheat at Lodge Farm, Tibthorpe, Driffiled. He was hoping for yields around 10t/ha (4t/acre).

“I picked my time to combine with the sun and the wind. We’re travelling beautifully!”

He said: “Yields across the board have been lower than 10-year records.” But better prices would offset that he added.

He also began cutting “good-looking” Mascot wheat and had started last night, “it was coming in at 15%.”

“We’re just making the most of the fine weather,” he said.

Also commenting on the weather was James Coumbe. He said: “The settled weather is allowing us to get on and it’s nice to see good prices so we can make good money again.”

Nick Pratt of Downham market, Norfolk reckoned that wheat yields would be average.

“It’s a spring barley year rather than a wheat year,” he added.