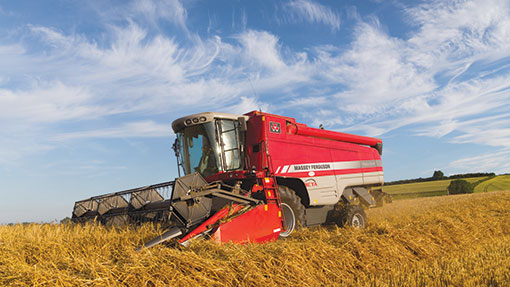 Both winter and spring barley have had a bumper year for yields, but at the cost of specific weights and grain nitrogen content.

In HGCA Recommended List trials, winter barley has averaged 9.72t/ha, some 0.82t/ha above the five-year mean, with spring barley averaging 8.02t/ha in 2014, about 1.1t/ha ahead of its five-year mean.

However, senior analyst at the HGCA, Amandeep Kaur Purewal, says that specific weights are slightly down and nitrogen contents at the lowest since 1977.

So far, the 9,000 samples seen up to 19 August cover about half the barley crop, but mostly in the south and east of England, with results from the North and Scotland following in September.

“There have been good growing conditions this season, followed by a favourable harvest period and overall it is a good-quality crop. But the higher yields have diluted the nitrogen,” adds Dr Purewal.

Dr Oxley says this season has reinforced that spring barley growers should be choosing the top malting varieties, even if the crop is destined for feed.

“Odyssey has again proven its yield credentials, achieving 102% for 2014 and has both brewing and distilling approval from the IBD,” he adds.

Varieties Irina and Sanette, with provisional brewing approval, have also stood out in Recommended List trials, hitting 107% of controls.

In the South West, Paul Taylor of Dorset-based Pearce Seeds says it has been another good year for the crop on-farm.

“Last year we had some stonking yields, so it was a hard one to follow. But there have been some great results this harvest, despite the late drilling from the wet winter,” he explains.

He notes that yields in the region of 8.5-10t/ha from such a short growing season is testament to improvements that breeders have bought to the table in recent seasons.

Mr Taylor also expects to see the spring barley area go up slightly, both for weed-control purposes and on the back of new greening measures.

“Growers will be looking appease the three-crop rule and crops like spring barley can fit the bill, but variety selection is key here in the South West as we measure the rain in feet, not inches, now.

“I’d expect the older varieties to drop off, particularly where there is weakness to wet-weather disease rhynchosporium, but Westminster will stick around here in the West with its disease resistance and straw quality,” he adds.

Despite being a long way from the Scottish distilling market, he believes Odyssey will have strong sales with its dual-purpose approval, and brewing varieties Irina and Propino too, with the German brewing market presenting export opportunities for all three.

Winter barley has done particularly well in the north, reports HGCA’s Simon Oxley. He believes good establishment conditions and summer weather resulted in stress-free crops, allowing growers to get the best out of their barley.

“The six-row hybrid Volume has again topped the charts, but the conventional six-row Meridian has also performed well this year for yield, on a par with Volume at 106% of controls,” says Dr Oxley.

However, the five-year average has Volume on top at 107% to Meridian’s 103%. With Meridian’s lower seed costs, Dr Oxley says it may be an attractive variety for some growers – but beware its lower specific weight.

“It’s not a problem if you are using it for home feeding, but if it is going to an external end user it could be an issue,” he adds.

Of the two-row feed varieties, Glacier and Tower have again produced good yields at 102% and 101%, respectively and their five-year average remains strong, with both at 104%. California has also had a good year in the West.

“That longer term average is what growers should be looking at and choosing the most consistent performers,” says Dr Oxley.

Of the winter barley candidates, he mentions Daxor and Infinity as standouts for 2014. “Infinity is looking good and could rival Glacier and Tower at the top of the two-row feed list.

“Overall, winter barley breeders are pushing yields on and there is a wealth of consistently high-yielding varieties for growers to choose from,” says Dr Oxley.

Agrii’s Barry Barker says that by and large growers have been happy with winter barley results in the field this season, but expects the winter barley area to drop by about 5% for 2014 plantings.

He has, though, seen increases in seed orders for hybrid barley variety Volume in the east and west of England, which is largely driven by its blackgrass suppression characteristics.

“The only disappointment has, of course, been the price, which has dropped significantly. So I expect home-saved seed will increase for conventional varieties this autumn,” says Mr Barker.