The spring barley harvest was nearing completion on a Dorset estate on Monday, with a pleasing yield of 7.5t/ha for the malting variety Propino after a “poor” winter barley crop.

“The spring barley was a lot better than winter barley and the quality looks good, with low screening,” he tells Farmers Weekly.

The 70ha of Propino barley at the 400ha arable farm is due to be completed today (Monday 15 August), with screenings below 2% – although there were no figures on grain nitrogen levels. 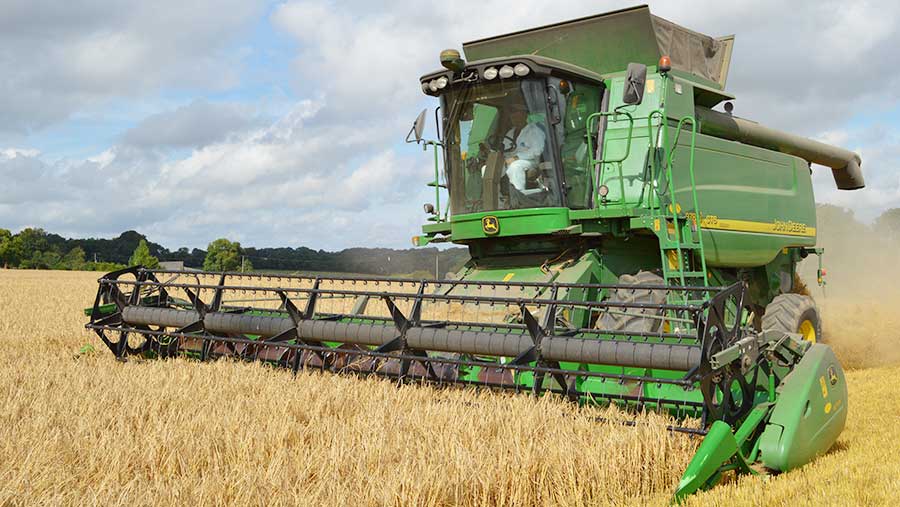 The winter wheat was also performing well, with 80ha of the milling variety Crusoe yielding about 10t/ha. The grain gave a protein level of 13.96%, Hagberg of 450 and specific weight of 78-79kg/hl.

Mr Farquharson points out that the quality was very good, but the yield was down from the bumper yields seen last summer, when Crusoe averaged 12.76t/ha and the top yield on the farm was 13.8t/ha.

Winter barley averaged a “poor” 6t/ha, while oilseed rape came in at 3.8t/ha on the estate in Tarrant Gunville, five miles north-east of Blandford Forum.