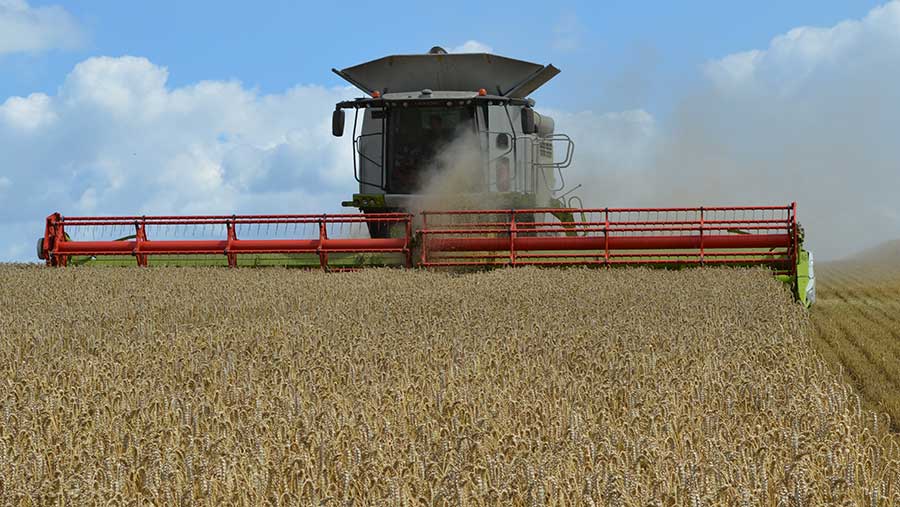 The winter barley harvest is 90% complete across the UK, while some 80% of the oilseed rape crop has been cut and just 5% of winter wheat has been combined, according to the latest harvest report from crop consultancy Adas.

This means the UK cereals and oilseed rape harvest is now 30% finished as of 9 August – equivalent to 988,000ha of crops harvested, which is similar progress to that made in 2015.

Early indications are that wheat quality is good, with specific weights of 68-78kg/hl and Hagbergs over 300 for milling varieties. However, there is little information on protein levels.

Some 2% of spring barley is cut, with yields reported in a wide range of 5.5-9.0t/ha – compared with a five-year UK farm average of 5.6t/ha. Early quality is better than winter barley, with low screenings and good specific weights.

Oilseed rape yields are typically 3.0-3.2t/ha, after a five-year average of 3.6t/ha. Reports from a number of regions show that seed size is smaller than average and oil contents are low.