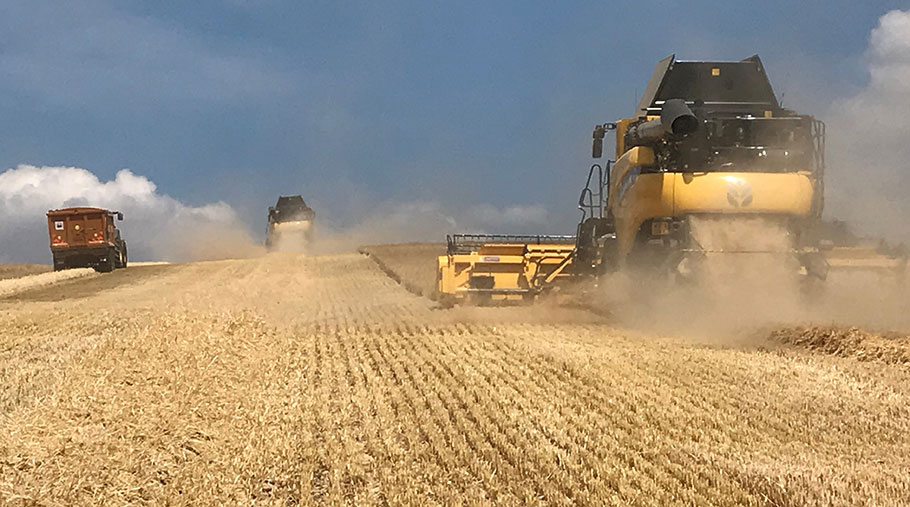 Winter barley and oilseed rape crops have exceeded expectations in a number of areas, despite the drought, but there are still concerns surrounding wheat crops.

With winter barley and oilseed rape harvest progressing across most of the country, yields have been better than expected.

However, the first fields of wheat are now meeting the combine, and yields are disappointing so far.

In Wiltshire, harvest got off to a good start for Josh Stratton at East Farm, Codford St Mary.

He has cut 140ha of Venture winter barley which all made malting specification. 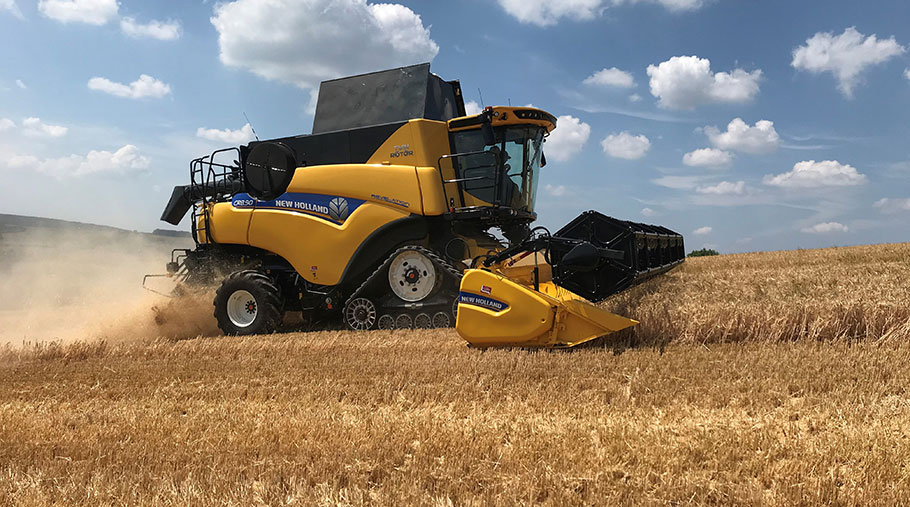 I’ve been absolutely delighted with harvest so far, but I’m not so excited about things going forward Josh Stratton

“I’ve been absolutely delighted with harvest so far, but I’m not so excited about things going forward,” he said.

He grew the six-row hybrid, Bazooka for the first time in one 45ha field, and despite the season’s drought, he was very pleased with the yield.

“It did really well. I am surprised and very happy. The field averaged 8.9t/ha, with some parts yielding up to 11t/ha.

“Specific weights were in the high 60s kg/hl. I’m going to double the area for next season,” he added.

Mr Farrell had nearly completed his oilseed rape harvest, with 223ha cut and another 40ha left. His yields have averaged 3.5t/ha, with the variety Campus performing the best.

“It’s not done as well as I expected. It looks better than it’s come off,” he added.

He had to stop combining it in the afternoons as moisture levels got too low, below 6%.

Wheat in the East

Heading east to the Isle of Sheppy, wheat harvest was about to get under way for farm manager Ryan McCormack at Burden Bros, Old Rides Farm, Eastchurch.

He hopes to start on 40ha of Montana milling wheat on Monday (23 July).

“The wheat is on heavy clay and we had plenty of rain at the end of May, so it’s looking quite smart.”

In total, he has 600ha of Group 1 wheats to cut including Crusoe, Trinity and Zyatt.

He also had Propino and Planet spring malting barley to cut. “The spring barley looks exceptional and the rain in May should have left a nice level of nitrogen in the grain,” he said.

Mr McCormack had cut a neighbour’s oilseed rape which came off at 4.4t/ha with moisture about 7-8.5%.

“It’s the first year in four or five years he has grown oilseed rape and the average yield is higher than previously, so he’s quite pleased,” he said.

Moving into East Anglia, the long drought had had a big effect on Mark Turner’s crops at Needham Hall Farm, Gazeley, Suffolk.

“We have cut some Orwell winter barley, which did OK, averaging 9t/ha,” he said.

However, Mr Turner was less pleased with his Group 3 biscuit wheat Zulu, which had averaged 7.5t/ha over the first 20ha.