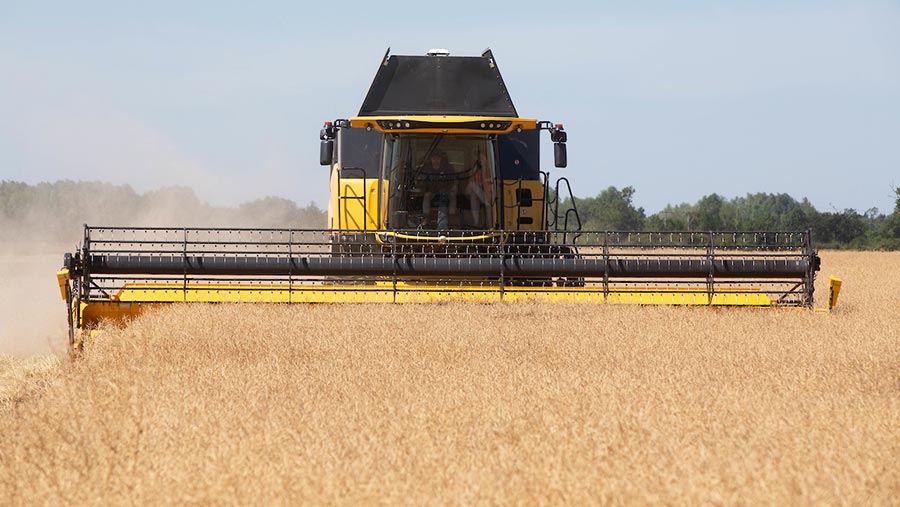 Oilseed rape is being combined in East Anglia as high temperatures and lack of rain are resulting in an early harvest for many growers.

The crop was ready at least a fortnight earlier than usual, he said. It yielded just 3.75t/ha when it was cut at 8% moisture.

“We’re not best pleased, but it was a gravelly field and it came on the back of a lot of snow and cold earlier in the spring,” said Mr Morton.

“It’s certainly been a season I will remember, but it’s nature trying to put things right.” 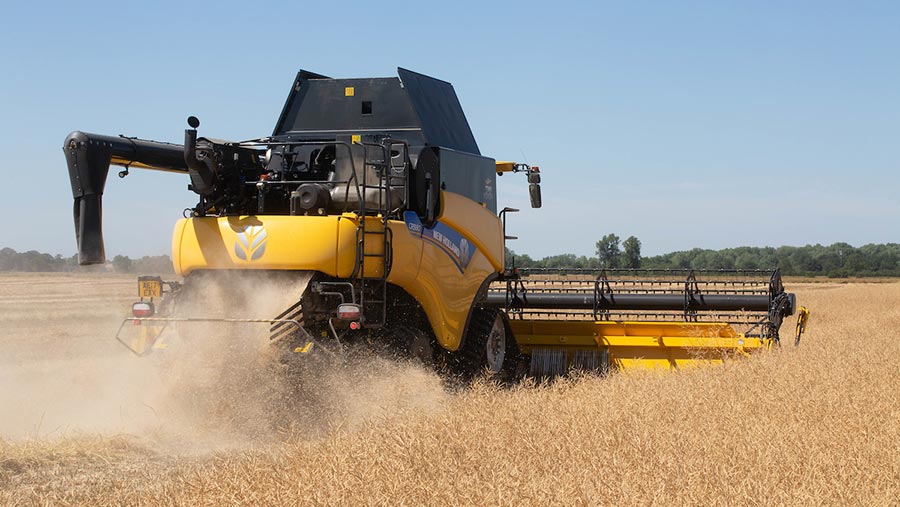 Dry, hot weather throughout June meant a short flowering period – enabling many rape crops to catch up after being delayed by the cold winter and spring.

“While they had a late start, most crops have caught up now and there isn’t a lot of rain forecast for July, which should bring harvest forward to a more normal time.

“The weather has been a real leveller – most varieties look pretty similar, with the main differences being pod size and architecture.”

Varieties with large pods and a large number of seeds per pod would have better yield potential with an extra 1g in thousand seed weight equating to an extra 15-20% in yield.

These included the varieties Elevation and Broadway, among others. 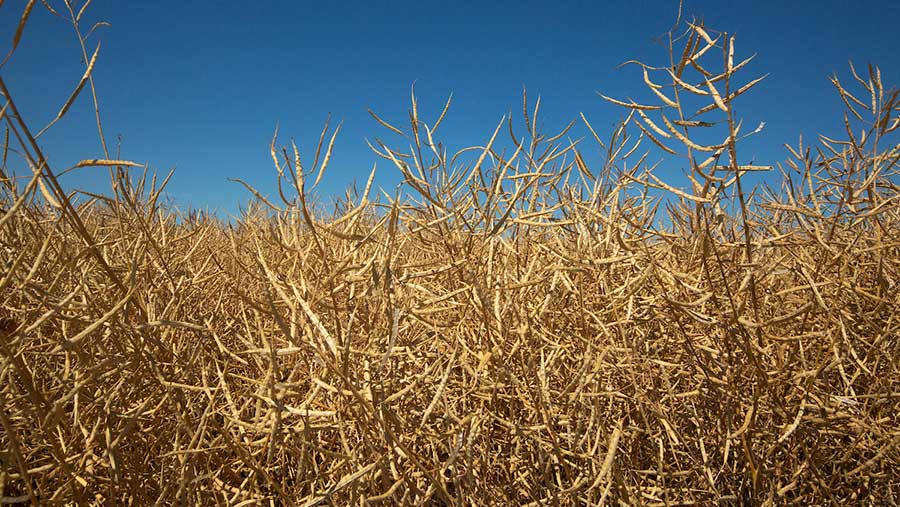 “This means a lot of late-flowering varieties finished prematurely, and so have fewer pods,” explained Mr Sutton. “Most crops are also shorter than normal.”

Dry weather during flowering had allowed for excellent fertility and pollination, so yield potential remained extremely good – given sufficient rain between now and harvest. 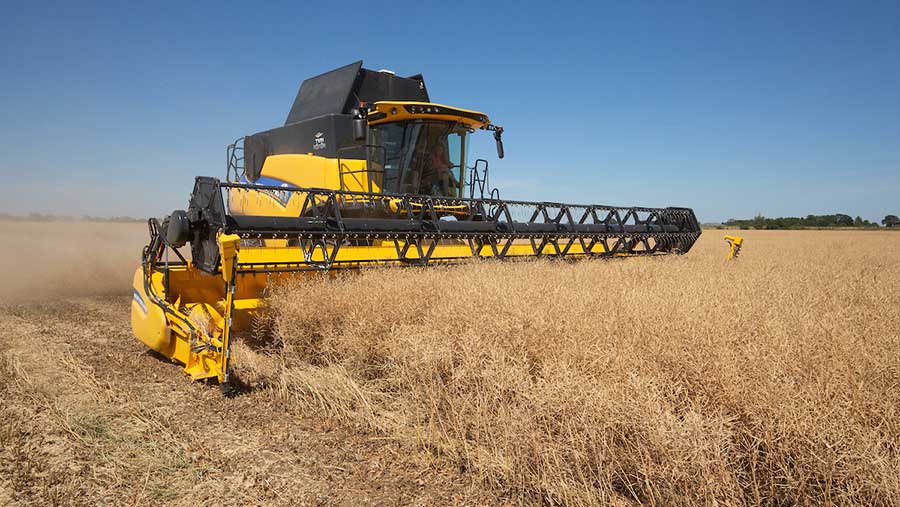