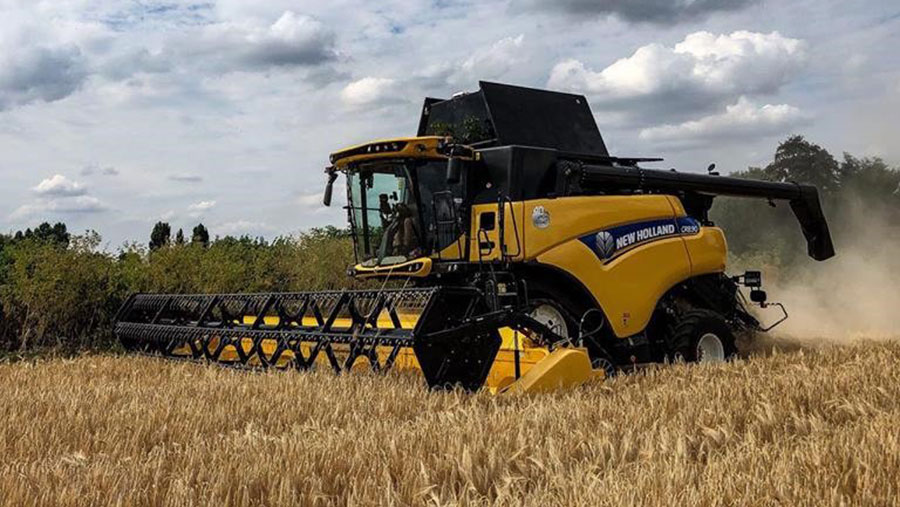 Yields of barley and oilseed rape are proving to be disappointing, as harvest progresses across the UK, although stronger straw and barley prices are helping to compensate for the shortfall.

The ongoing dry spell has seen many farmers push on with their winter barley while some are now making a start on oilseed rape.

In the Cotwolds, oilseed rape yields have been slightly disappointing so far, with Ian Branstone averaging 3t/ha.

“We would hope for 4t/ha and aim for 5t/ha, but we rarely get that,” he said. He is growing 162ha of Elgar and has 263ha of rapeseed to cut altogether.

The oilseed rape harvest at Bourton Hill Farm, Bourton-on-the-Water, is about three weeks earlier than usual. Mr Branstone would normally only be spraying the oilseed rape off now.

Quality is a concern, with a lot of red and brown seeds, although he is hopeful the next lot will be better.

Mr Branstone is planning to move on to winter barley next. “It’s still not quite ready yet, there are a lot of green grains everywhere.”

In the South West, Richard Tamblin is just under halfway through his winter barley at Trelethick Farm, Liskeard, and is particularly happy the dryer has been redundant so far. 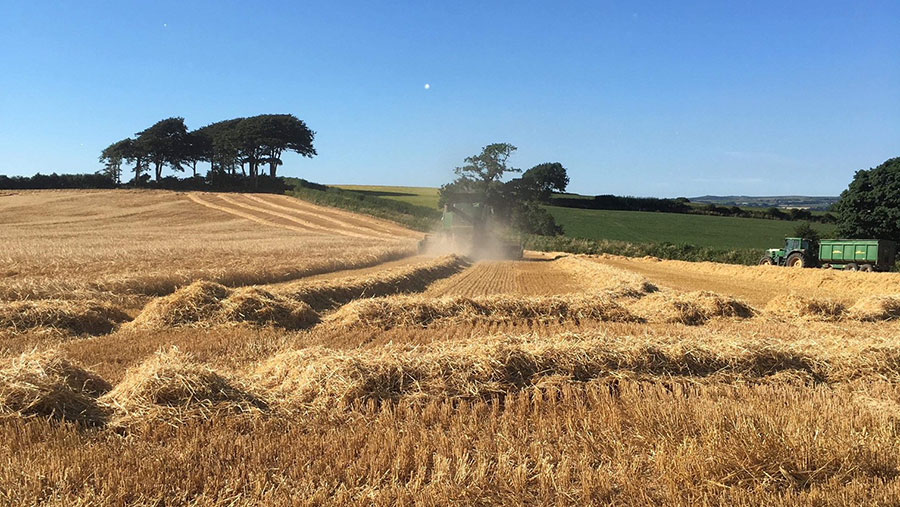 Having cut about 89ha of Funky winter barley, yields have averaged 6.4t/ha at 14.6% moisture and 70kg/hl specific weight on the strong land.

On the lighter soil, where take-all has been a challenge, he’s averaging 4.5t/ha and 65kg/hl specific weight.

“The yields aren’t quite as good as previous years, but the prices have increased – we’re happy considering how disastrous the winter and spring have been,” he said.

It seems his straw is in greater demand than his grain. “I’ve never seen the straw book so full. It’s selling at just more than £100/t baled off the field. It’s absolutely mental but really good news for us.”

The winter wheat straw is looking very short, and Mr Tamblin’s main concern is over a new variety for him – Graham  – which looked good in trials last year, but might not deliver this harvest.

He is remaining positive though. “We can’t worry about it because there’s nothing we can do about it. We only worry about things we can change.”

Further east, Colin Rayner is harvesting Glacier and Sunningdale winter barley eight days early at Berkyn Manor Farm, Windsor, and has had mixed results depending on the soil type. He has averaged 6.4t/ha at 11% moisture.

“It would have been fantastic if we had had an inch of rain in June but we have saved costs in drying.”

However, he has struggled with the grain being too hot as the grain buyers want it below 25C.

He will be moving on to his winter wheat next but fears it could be a disaster as it is looking very white. He is also concerned about his maize and hopes there will be some rain to help that along. 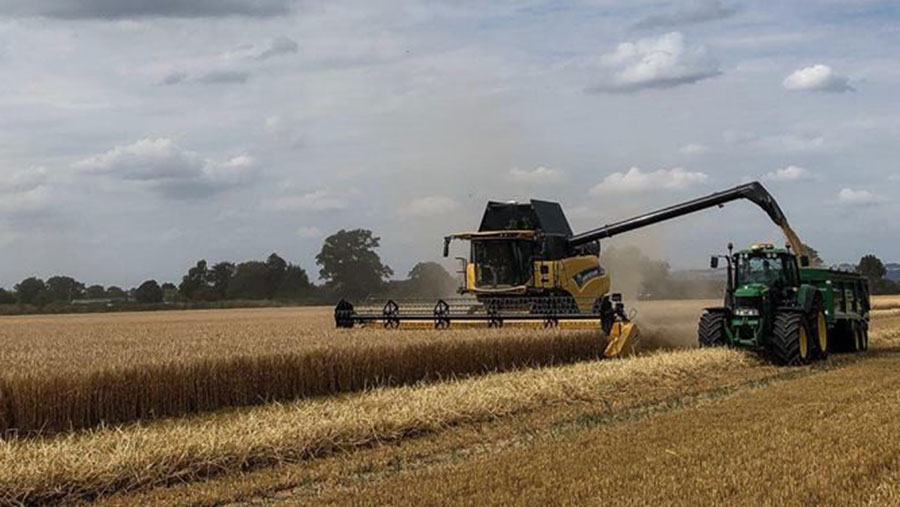 Although the barley looked good throughout the year it has started to drought out, with the wheat showing a similar story on the heavier land, he added.

With the barley being better than expected, Mr Walters is hoping the oilseed rape will surprise him too.

However, the crop wasn’t drilled in the best conditions so struggled with flea beetle and the adverse weather, being wet all winter and bone dry in the summer.

“It’s very early days but I’m very happy with the outcome so far.”