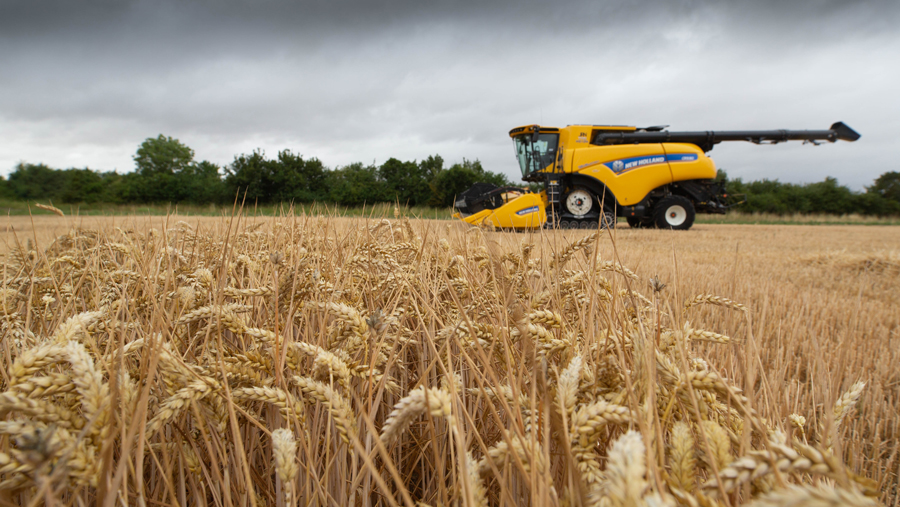 Nearly half of cereal and oilseed rape crops are now harvested, with sunny and warmer weather likely to speed up combining progress over the weekend.

Some 1.7m ha of the British cereal and oilseed rape area had been cut by Tuesday (20 August), equivalent to 47% of the total area, with the main focus being winter wheat and oilseed rape.

The rate of harvest progress in the week to 20 August was slow due to challenging weather, according to the AHDB in a report compiled by crop consultants Adas

Harvest progress up to 20 August can be summarised as:

Some 31% of the crop is combined with most milling varieties harvested in the South of England. The estimated national average yield sits at 8.5-9.0t/ha, compared to a five-year average of 8.3t/ha.

On quality, specific weights are good despite the harsh weather at 73-83kg/hl with an average of 76kg/hl. Hagbergs average more than 300 for early-harvested crops, while some crops cut in the last week have fallen to 160 for milling varieties.

Some 95% of the crop is harvested with only small areas left in Scotland and the North of England. Average estimated yield is 3.0-3.3t/ha, which is a 6-16% reduction on the five-year average of 3.5t/ha.

Oil contents are slightly lower than average, which has been attributed to the wet weather and pest damage with oil contents at 38-47%, averaging 44%.

Some 25% of the harvest is complete. A start has been made to the oat harvest in northern regions.