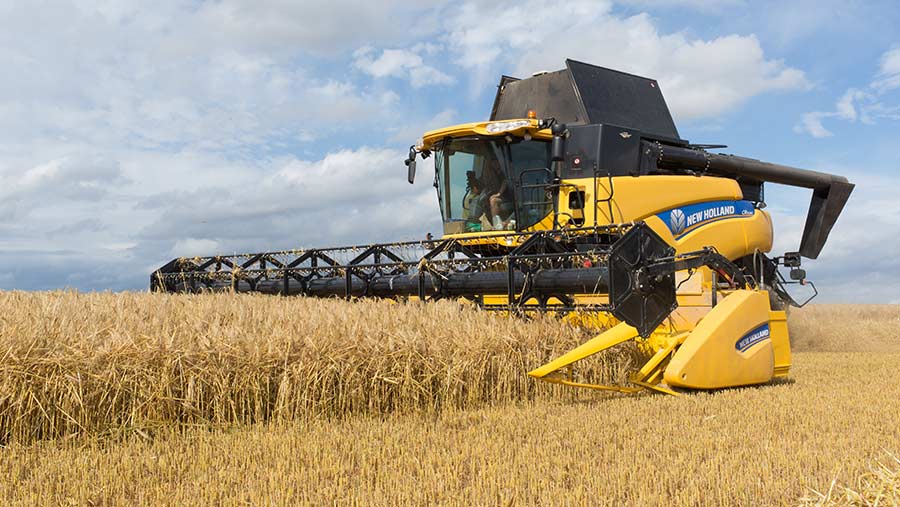 Combines are rolling out across the country as growers make headway on winter barley harvest, and as the focus shifts towards oilseed rape, the forecast of thunderstorms could add a spanner to the works.

Oilseed rape intake was expected any day, with the stores forecasting 15,000t in total. However, given the pressures from cabbage stem flea beetle this year, yields could be down, he added.

“Growers are concerned. Locally, I’ve heard of some crops being ripped up as late as four weeks ago – the pods just aren’t there – so we could get very thin patches of yield,” said Mr Murphy.

What’s more, the thunderstorms forecast across the country over the coming days could add insult to injury and worsen the situation.

“These storms are likely to put extra pressure on oilseed rape crops, so it is very much a watch-and-wait scenario right now,” he added.

In the South West, the first few hundred tonnes of grain were beginning to make their way into the stores at Devon Grain, said the firm’s Duncan Lyon.

“We have had about 1,100t of winter barely in so it is still reasonably early days for us.

“It has been a slow and steady start, but with the weather forecast, I think this could increase over the next week,” he added.

In terms of barley quality, Mr Lyon reported average specific weights of 66kg/hl and moisture contents around 14.2% with good yields.

Over the next week, early oilseed rape harvest is anticipated to be delivered to stores.

However, the quality and yield has yet to be determined. 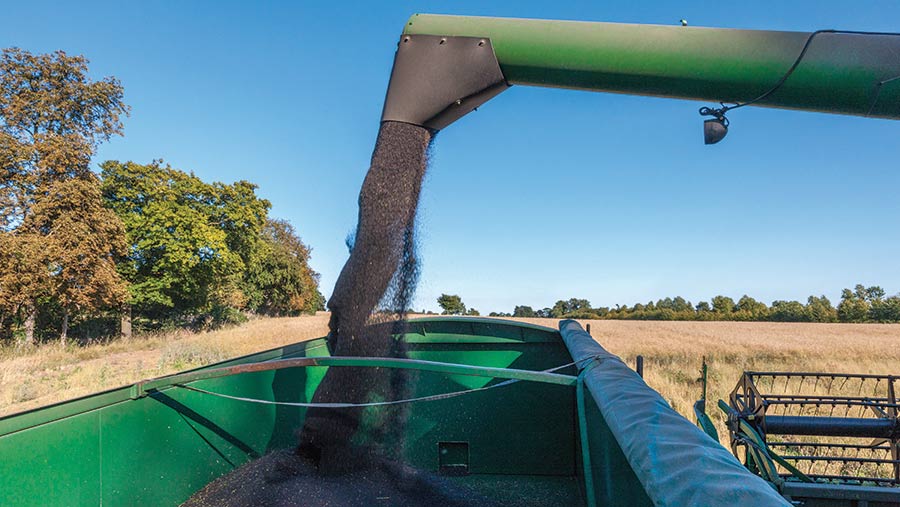 “Last year, I was really fearful for harvest, but it was one of the best years in terms of quality, so for now, I’m reserving judgement until I see the crops in the stores,” he said.

“We started yesterday [24 July] on our 28ha of Orwell winter barley.

“Traditionally, we have grown California and I’ve struggled to get on with anything other than that, but this year we tried Orwell and I think this is what we will be sticking to from now on – it is coming off really well,” he said.

Initial yield statistics were coming in at 8.4t/ha – 1t/ha above the farm average of 7.4t/ha – while moisture was sitting at about 16.7%, he added.

Up next to meet the combine was oilseed rape, which he anticipated will be ready in the next week to 10 days.

Unlike many growers across the country, the 36ha of oilseed rape seemed to be unaffected by the severe cabbage stem flea beetle burden that others have suffered.

“We haven’t lost an acre yet this year.

“We have a lot of game around here, so we drill early to avoid partridge and pheasant damage, so that could have possibly given us the edge over control this year,” he added.

“My only slight concern at the moment is the spring beans.

“They went in OK and then it rained quite heavily and compacted things and they have struggled all season,” he added.

Looking ahead to the rest of harvest, rainfall appearing just at the right time could have saved things in Staffordshire.

“The potential is there, now it is just a case of seeing whether things will hold,” said Mr Atkin.