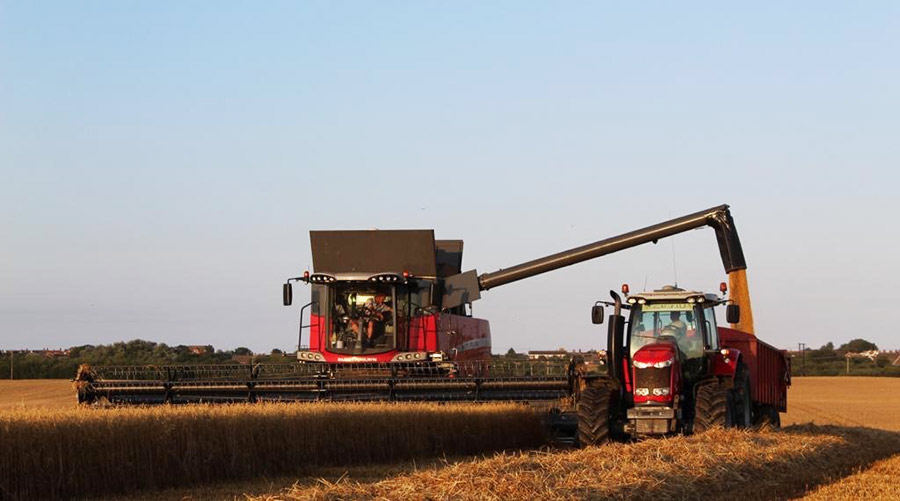 Cultivators are more likely to be seen than combines across much of southern England now, but further north harvest is a very current – and frustrating – affair.

Adrian Ivory recorded 150mm of rain at Strathisla Farms, Meigle, in August – more than any year since recording began in 1886. As a result, ground conditions are dreadful, with combines, tractors and trailers getting bogged down.

“We got going again yesterday (5 September) but it rained overnight – we’re cutting at 23-24% moisture just to get the crops in,” he said.

Of the 607ha cropped area, Mr Ivory still has 162ha left to harvest, about half of which is spring barley and the remainder wheat.

“We haven’t done any wheat yet. Thankfully it’s all still standing, bar one field that’s gone flat and another that’s under water,” he added.

Thankfully, yields have been good, with winter barley coming off at 8t/ha, and Concerto spring barley at 7.4t/ha. “It’s got very low nitrogen and although there’s the odd germination issue, it’s generally good,” he said.

He’s now into Fairing spring barley, which will top 7.4t/ha when dry. “We cut 182ha in five days over the hot period, we just need the weather to dry out to get the rest in,” he said.

Further south, Jon Hodgson has finished harvest at Great Newsome Farm, South Frodingham, with only a few beans left to go at in the area.

“The first day we got the combine out it rained, and that set the tone for the next three to four weeks, but we had a good run in the end.”

Skyfall, Skyscraper, Motown and Sundance wheat averaged 11.35t/ha – well above the farm average – and quality was all good, with specific weights at 76-77kg/hl, said Mr Hodgson.

Laureate spring barley managed an impressive 9.5t/ha, but the nitrogen content was surprisingly high at 1.75%. “We have a brewery on the farm, so it’s still made the grade, with a slight claim.”

Nikita and Aspire oilseed rape was good at 5t/ha, while the Clearfield variety Conrad averaged 4.2t/ha. “The vining peas had decent yields and quality, so all in all it’s been a pleasing harvest.”

“We got it done in August, which is always the target – we had a good run in the last few days,” he said.

Rain in July helped the wheat, with the average yield across Elicit, Barrel, Diego, Costello, Lili and Crusoe better than last year at about 9t/ha.

Winter barley all made the malting grade, and oilseed rape was OK too. “But it’s struggling in the ground this year. It’s full steam ahead with cultivations now.”

Unfortunately, the combine has not been put to bed at Templemans Farm near Salisbury, where Edward Parsons is still struggling to get his linseed and beans in the barn.

“We wrapped up the cereals about 10 days ago. Crusoe, which we’ve grown for 10 years because it never lets us down, did 11.1t/ha, while Basset averaged 9.9t/ha,” he said.

Propino spring barley managed 7.4t/ha and all made the malting grade, but oilseed rape was a disaster. “We had a huge flea beetle problem – the larvae annihilated the crop in the spring.”

Elgar produced 1.7t/ha, while Campus was slightly better at 3t/ha. “We were lucky we got that, really,” said Mr Parsons.

“I’ve just about had enough of growing it. It’s yielding 1.7-2t/ha, and as soon as the sun goes in it starts wrapping itself around the combine. But it does a lot of good to the soil, so you have to look at the bigger picture,” he said.