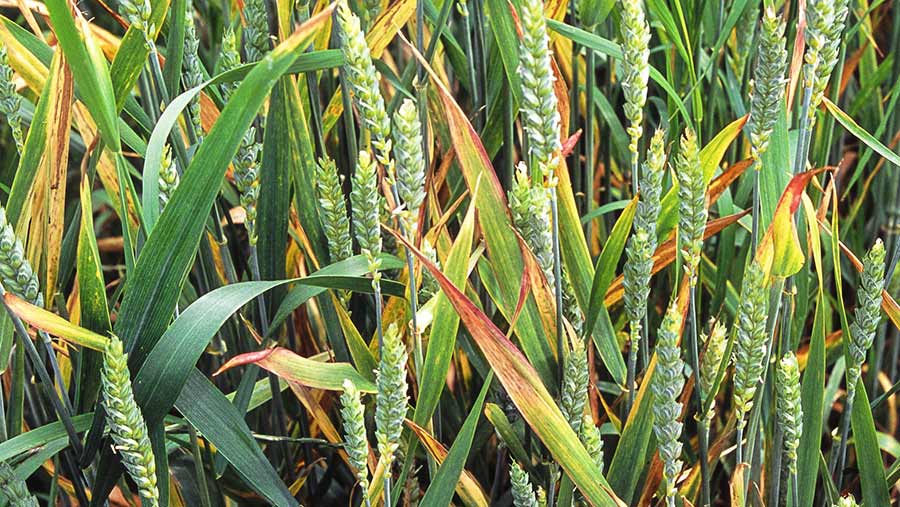 The first wheat variety with resistance to a widespread yield-damaging virus is set to be available next autumn, cutting the need for multiple autumn insecticide sprays.

The variety Wolverine from plant breeder RAGT will be the first winter wheat in Europe with resistance to barley yellow dwarf virus (BYDV), which is spread by aphids and can cause yield reductions of up to 60%.

The development of genetic resistance to this disease comes just as farmers face the prospect of growing cereals this autumn without now-banned neonicotinoid seed dressings, which had controlled the aphids, and so will provide an alternative to chemical control.

Currently, the only control of BYDV, which causes stunted plants and hence lower yields, comes from pyrethroid sprays in the autumn, but virus-carrying aphids are showing increasing levels of resistance to these insecticides.

Wolverine should benefit both agriculture and the environment as it will give season-long virus control rather than short-term control via pesticides, and will also spare beneficial insects.

RAGT has tested the variety in plots infected with BYDV-containing aphids at its UK headquarters in Essex and says the comparison with other varieties is dramatic.

“This is a genetic solution with no yield penalty,” said Simon Howell, the group’s managing director. “The difference the variety makes is between a green crop and a dead crop.” 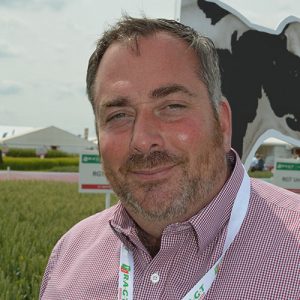 Mr Howell said there should be enough seed by next autumn to account for 2% of the certified seed market, and that could rise to 25% in autumn 2021, while fast-tracked seed production of the variety will attract a higher royalty fee than normal.

The hard-milling group 4 feed variety is currently the top-yielding variety in the company’s trials. It will come up for National Listing in November and could be included in the AHDB Recommended List in December 2020.

The cost of a typical three-spray pyrethroid programme, including application costs, could be as high as £31.50/ha, with variable results likely, while the new variety will attract a royalty of £33/ha – about £13 from a “normal” royalty and an extra £20 for the BYDV genetic trait.

Previously control came from Redigo Deter seed dressing containing the neonicotinoid clothianidin, which gave about 6-8 weeks control at a cost of £28/ha, and this treatment used to be used on about 37% of the UK wheat area.

Although these actual protection costs may be broadly similar, independent consultant and former Velcourt director Keith Norman says there are several other benefits to controlling a disease which can potentially give crop losses in the UK of £136m a year.

He also points out that the lack of neonicotinoid seed treatment will increase selection pressure on pyrethroids, where there is already well-known resistance in the aphid populations.

Wolverine’s BYDV resistance originated from a goat grass, a distant relative of wheat, and the relevant resistance gene, Bdv2, was transferred to wheat in a breeding programme that dates back 20 years.

Other wheats with the resistance gene are being developed in Australia, New Zealand and the United States, but this in the first variety developed for Europe, while experience from Australia suggests the resistance will be durable.

RAGT cereal pathologist Ruth Bryant says there has been no evidence of resistance from aphids, and the levels of BYDV seen in the variety Wolverine have been from trace levels down to zero.

“We have a good level of resistance, not complete, but it is looking good in the field and the lab,” said Dr Bryant. “The fact the resistance is not complete bodes well for durability as this will exert less pressure on the virus to adapt.”

The breeder also points out that the variety gives good yields and competes with top-yielding varieties such as Gravity and Skyscraper, even when there is no BYDV to be seen.

He said the variety was capable of delivering exceptional yields even in the absence of BYDV and was backed by a strong agronomic package, so growers would not be penalised for choosing it in low-disease years.