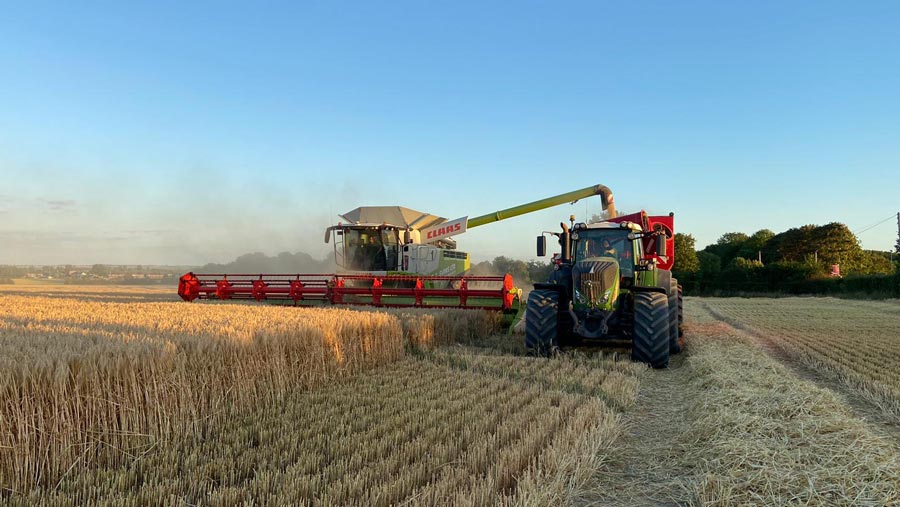 He start cutting his first 66ha field this week, and has cut 50ha currently at a moisture of 14.2% and at a good specific weight of 68.2kg/hl. 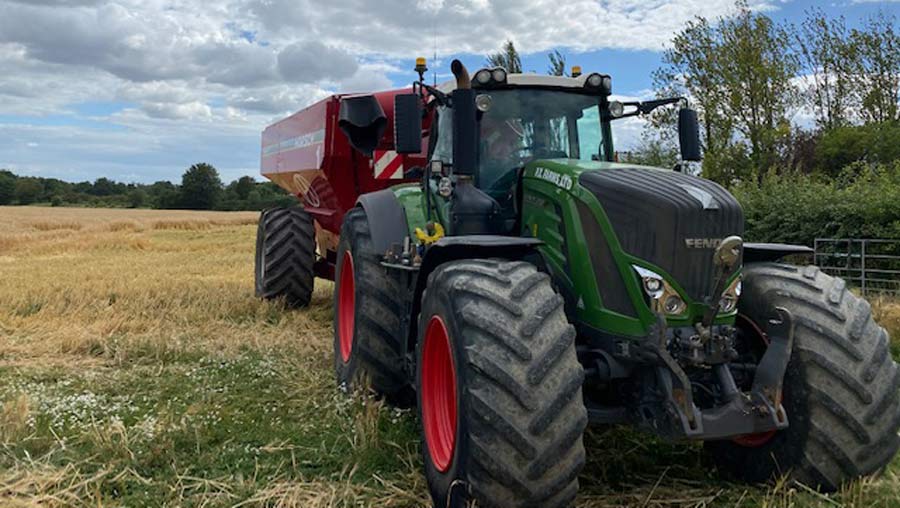 Mr Peck added that the yield was better than expected after a difficult growing season, with 997ha of barley still to cut on the farm.

He is growing the six-row hybrid winter barley varieties Belfry and Belmont on land he farms from his base at Scotland Farm, Dry Drayton, some four miles west of Cambridge.

The AHDB estimates that the area of winter barley in Britain is down 34% at 296,000ha this season, due largely to wet conditions at autumn drilling.