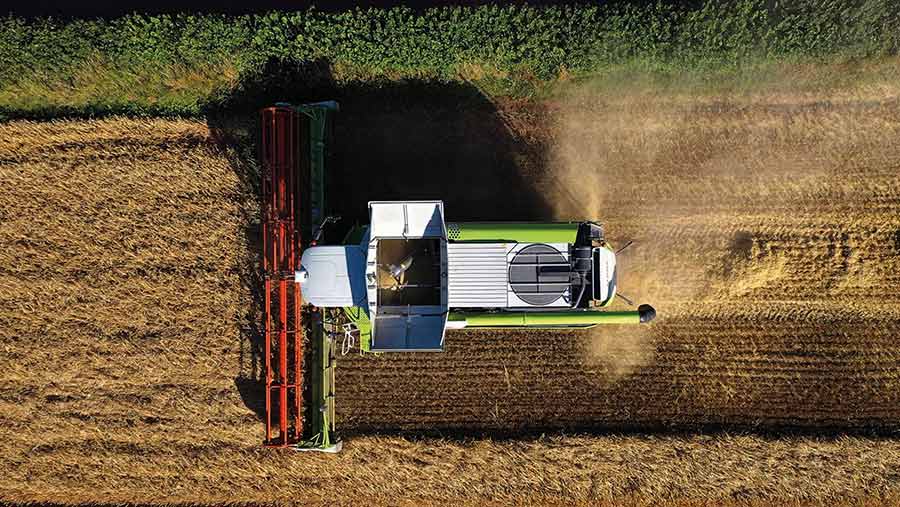 Harvest is one of the most photogenic times of year, so if you capture the spirit of this year’s summer you could see your photo on the front cover of Farmers Weekly.

We hope you enjoy taking part in this competition, showcasing your fantastic images and capturing a visual record of harvest’s progress across the nation.

To take part, simply share your images on our website, whether taken on a swanky DSLR or snapped on a smartphone, and you could be on your way to winning this prestigious prize.

If you’re looking for inspiration, here are just a few of the entries so far.

Find out more and enter your photos 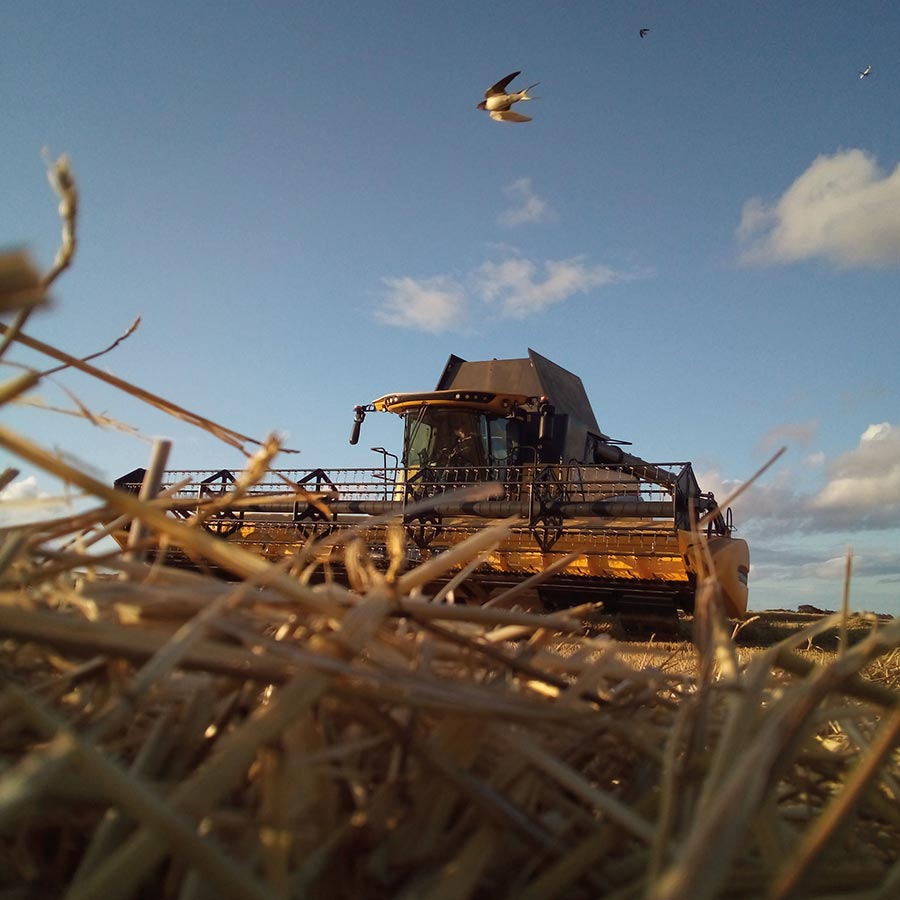 Matthew Kinch captured this image on the family farm in Midlothian. He grabbed it just after finishing a field – only to later realise a swallow was diving across the shot. He called it ‘Fly By’. 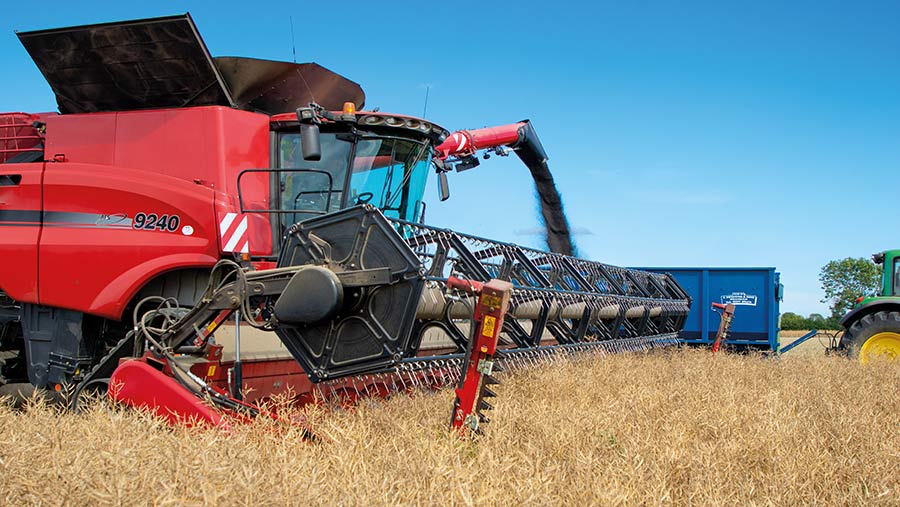 A Case 9240 cuts oilseed rape at Moreton in Essex. Nick Gunn who works for Schwier Farms took the picture. 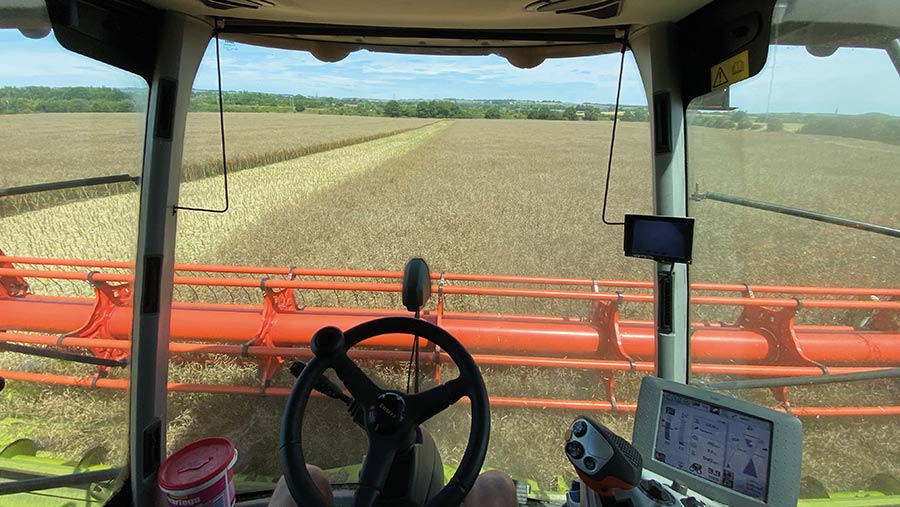 ‘Driver’s eye view’ was the title given to this one, taken by Fax Knox. It shows a scene in Sellindge in Kent, where oilseed rape was yielding about 5t/ha and coming off at about 8.5% moisture. By the early part of last week (26 July), the winter barley and oilseed rape were all done. At that point, some of the wheat was ready, but some was still green, according to Fax. 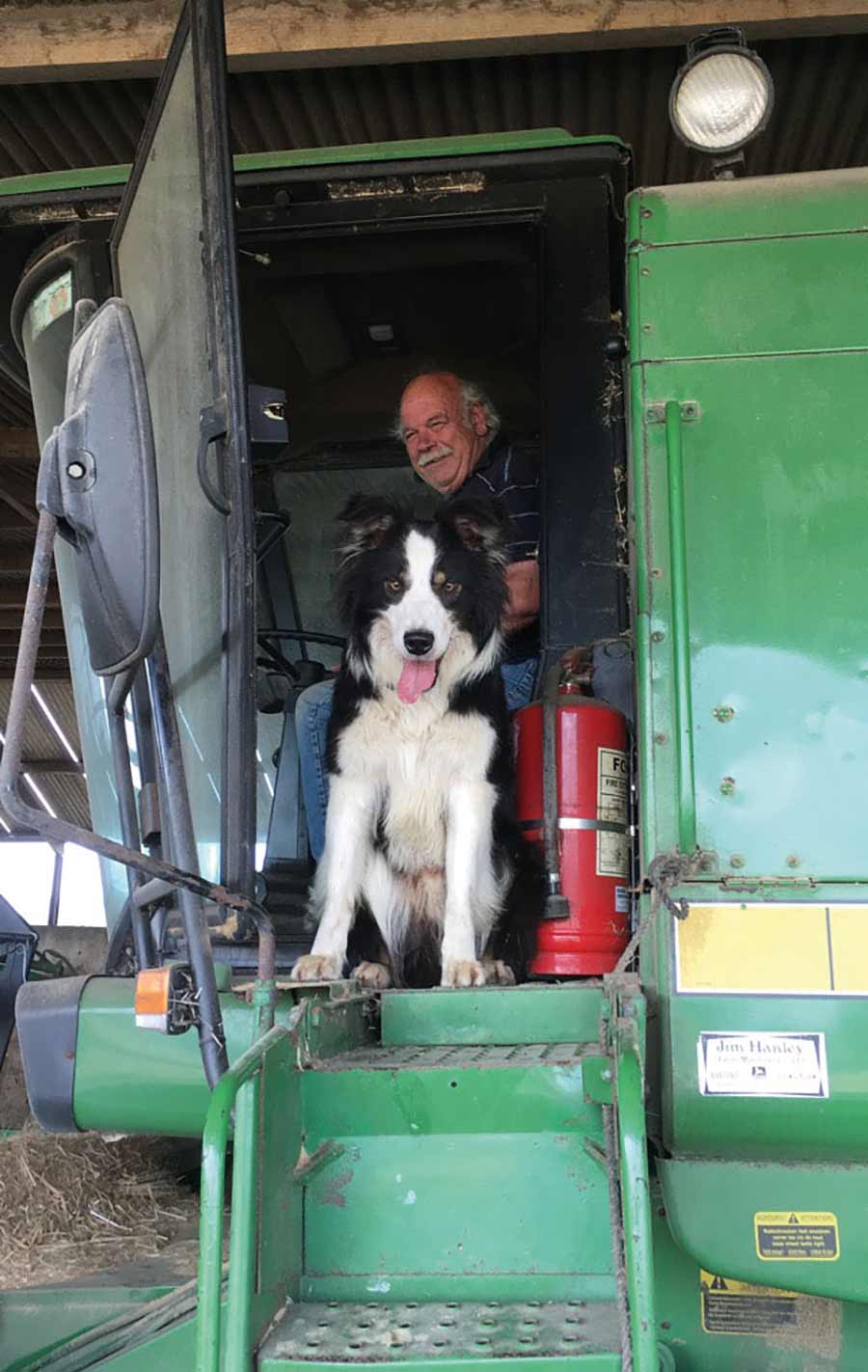 Gillian Richardson uploaded this image of her father David with Rex doing some pre-harvest checks on the family farm in Co Carlow, Ireland, before the big day. “One dog and our dad” was what she called it. 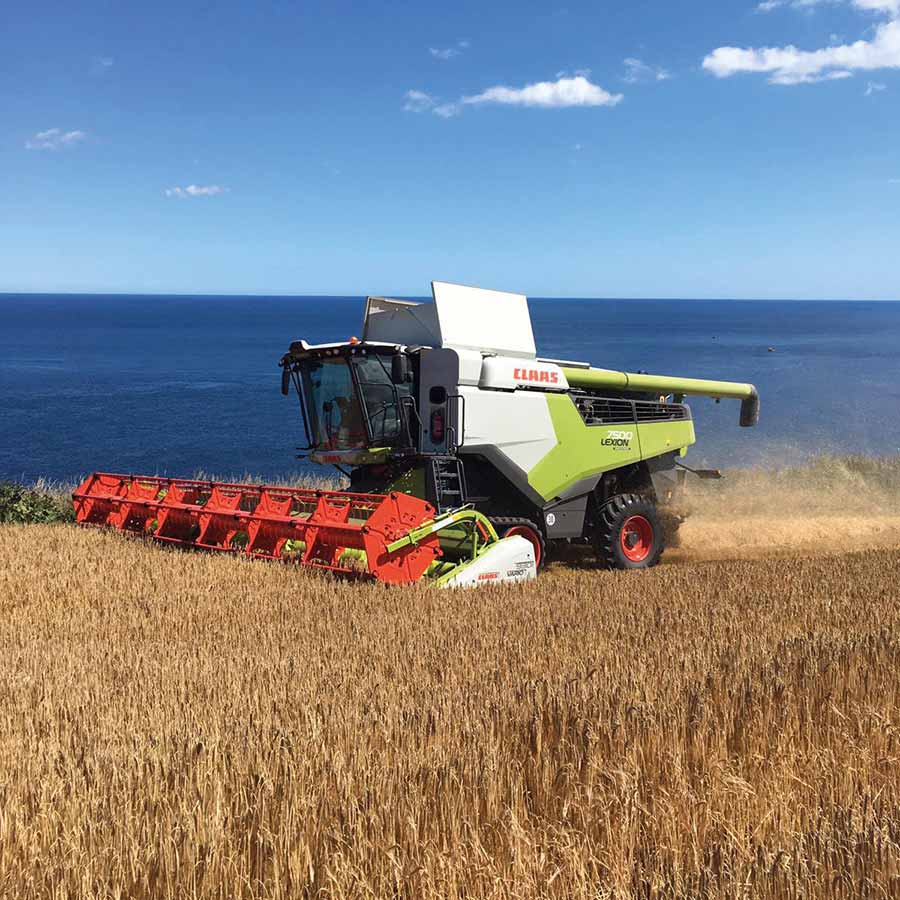 Ian Logan combines Craft winter barley near Eyemouth, close to some of the highest cliffs on Scotland’s east coast. Ian drives the combine for Will Hamilton of WB Hamilton & Son and the photo was taken by Will’s daughter Annabel, who called it “Combining on the Edge”. 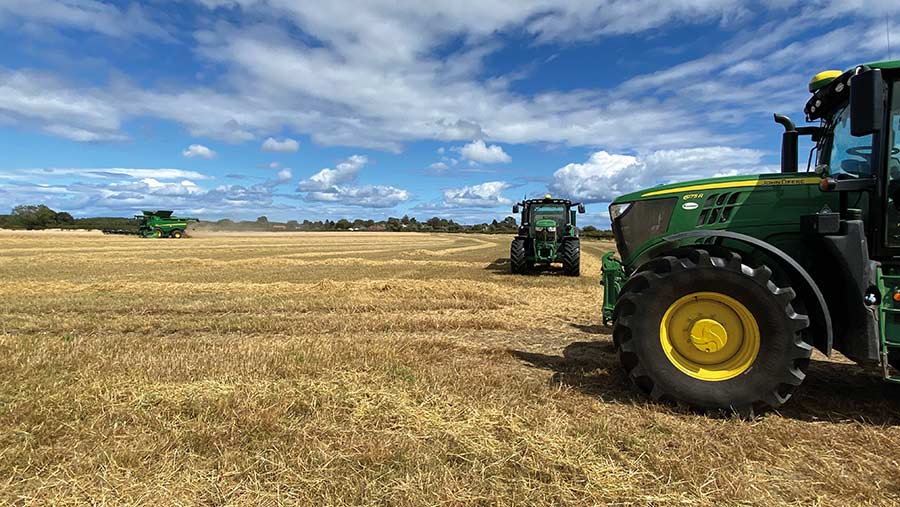 Andrew Guy of T Hart and Sons, Geoff Annett and Harry Annett cutting winter barley in Northumberland before the rain on 26 July with 6175R and 6150R tractors and a S690i combine. Thanks to Elizabeth Hart for sharing. 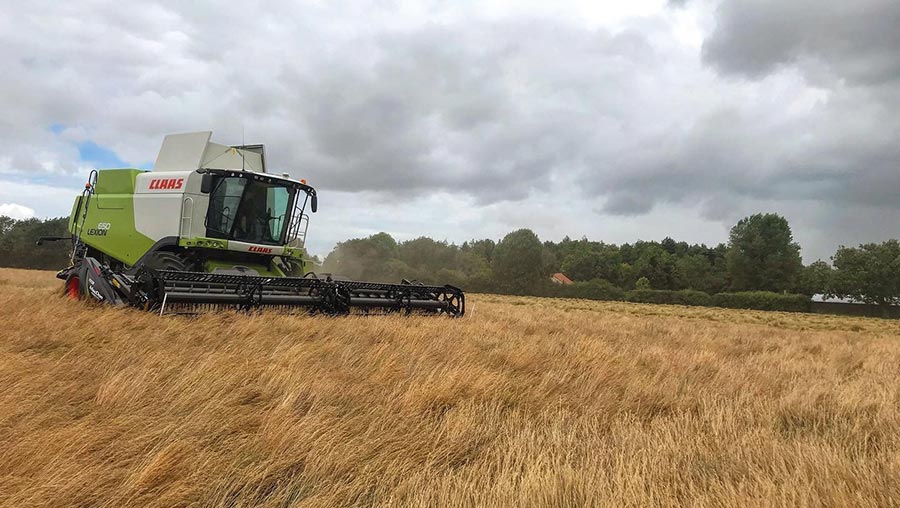 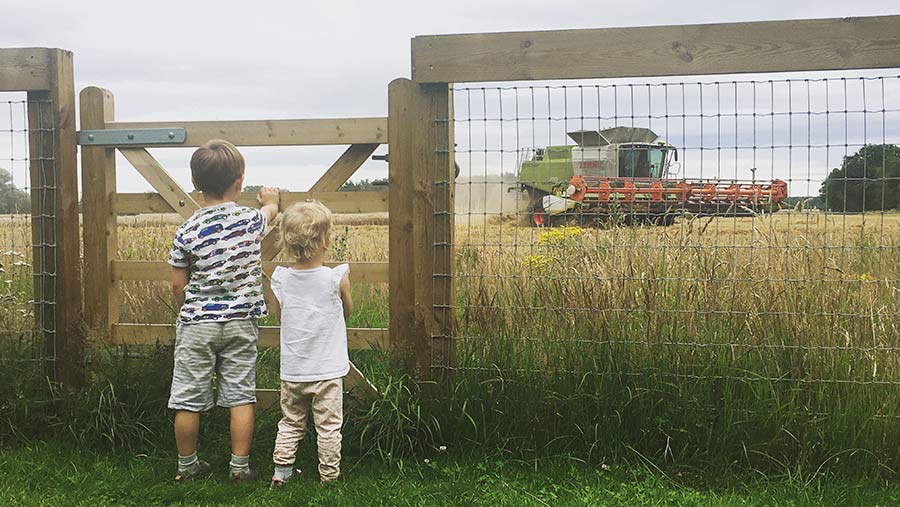 Alfred and Edyth live on the farm in Wormegay, Norfolk, where their dad works Here, they follow the progress of combine from a safe distance. Both children love to watch the machines at work from their back garden, says Lisa Stuart.

West Newton in Somerset was the location of this aerial shot, taken with a Mavic 2 Pro drone by Steve Valentine who spent a day with H Bult & Sons.