The quality of the 2019 crop also reached new highs for this annual competition, making the task of sifting, sorting and selecting just one image to proudly feature on the Farmers Weekly magazine front cover on 20 September all the more challenging for our team.

What really impressed the judging panel this year was the creativity of shots entered, with a wonderful range of angles, lighting, locations and focal points.

See also: 9 ways to get into farming

You can check out all of the photo entries to this year’s competition on our dedicated harvest 2019 gallery page.

An inspired angle showing harvest from an exciting perspective never seen before in all the years of this competition has bagged Northern Irish farmer Tom Wells the win this year.

Tom is a partner in the family arable, poultry and beef enterprise – Legmore Farms, based in Moira, County Armagh – growing about 100ha of mainly winter cereals and also contract harvesting an additional 120ha for local farmers.

The family farm runs 45 beef suckler cows, finishing everything on the farm, and also has a 120,000 chicken broiler enterprise, supplying Moy Park.

“I took the photo with my GoPro Hero 7, which I clamped to the spout of the combine and was able to capture this wide-angle shot,” says Tom.

“It put a big smile on my face to find out that I had won and was a real shock because there were so many other photos entered from right across the UK.

“I was pleased to be able to get the entire combine in the photo, thanks to a wide-angle lens.” 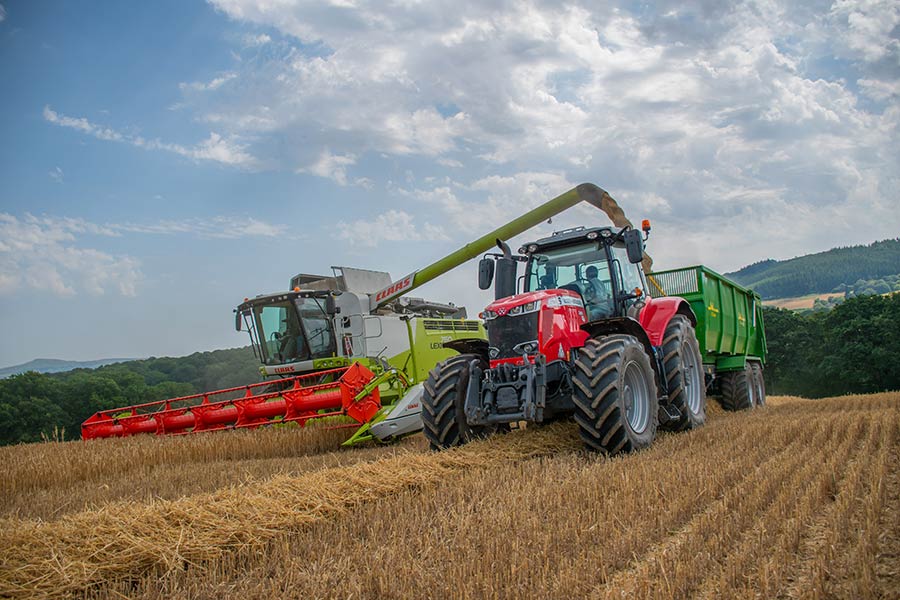 Farmworker Zak Mumford took this shot on Downton Estates near Ludlow, on the Herefordshire/Shropshire border.

He’s been working for the estate since school, starting out by helping the cowman at weekends, later becoming an agricultural apprentice and now works full-time on this mixed farm with 150 dairy cows, 3,500 sheep and about 730ha of cropping.

This photo was taken on the first day of cutting barley with the farm’s Claas Lexion 760 combine harvester and Massey Ferguson 7726 S tractor, driven by his brother, Josh.

“I had my camera on me nearly the whole time through combining. It is one of my favourite photos from this year’s harvest,” says 20-year-old Zak.

“Photography has always been a big part of my life.

“All my photos used to be done on my phone up until about a year ago, when I brought myself my first camera.

“Since then, I’ve taken my camera to work with me as much as I can and just generally wherever I go.” 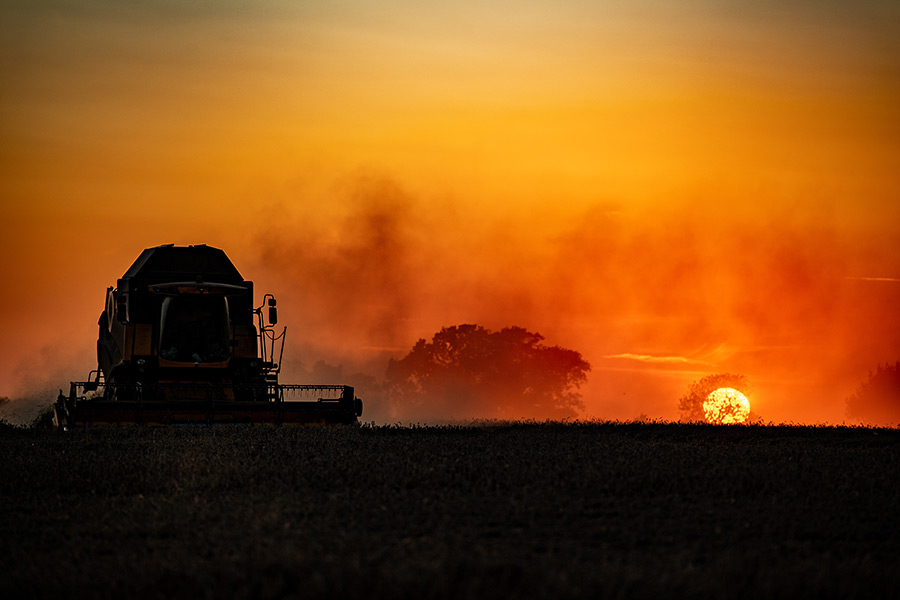 Sue Cross took this striking picture on her arable farm near Bury St Edmunds in Suffolk.

Her husband, Richard, was helped by daughter and Royal Agricultural University student Katherine to bring the harvest in.

“I used to help out on the farm, but I had spinal fusion a year ago.

“I find I can’t do the things I used to do, which is frustrating – so I took up photography to get motivated again,” says Sue.

“I enjoy taking pictures of wildlife, and harvest is a great time to get interesting shots as we have beautiful sunsets here in Suffolk.” 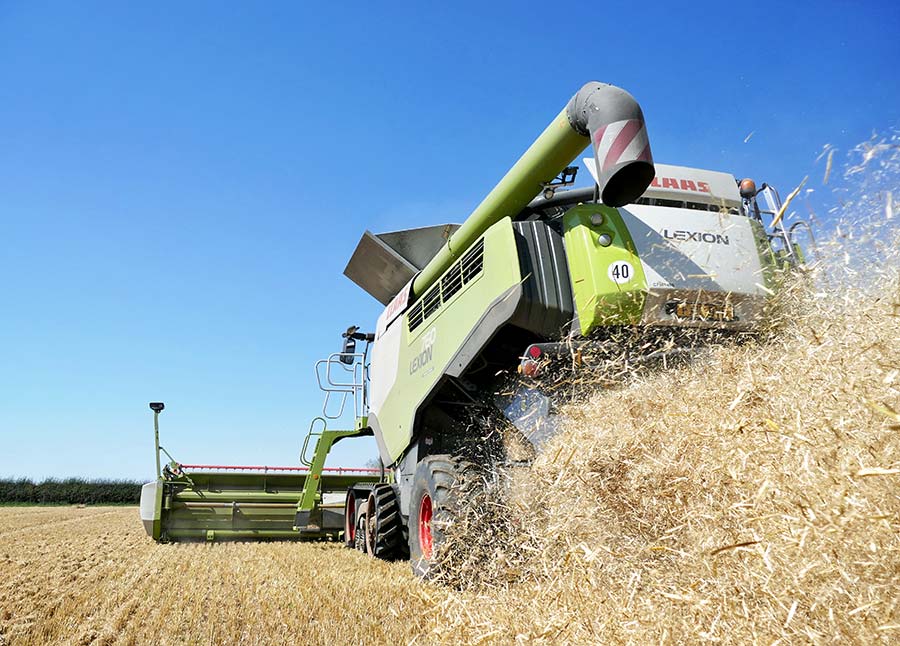 This excellent action shot was taken by Jonathan Trotter in late August at his family’s farm on the Lincolnshire Wolds.

Jonathan used to work for the family business, DWB Trotter & Sons, and now works in agricultural robotics with the University of Lincoln to improve efficiency of strawberry production.

The photo shows a Claas 760 Lexion marching away from the camera with a plume of chaff blasting from the rear, giving a great sense of action.

“I had it in my mind that I needed to photograph something a bit more interesting and different to stand out from the rest for the competition entries,” says Jonathan.

“That, coupled with my father asking me to check the quality of the straw chopper, produced this interesting image.”

Kiwi contractor Daniel Reymer captured this brilliant baling photo on a farm near Royston in Hertfordshire, where he’s been working during the summer harvest campaign.

“Three of us were bailing some spring barley as it was the only dry straw.

“While on the opposite row, I jumped out of the cab and grabbed a photo as the sun started setting,” says Daniel.

This is his third harvest working for Rand Brothers, which run a brace of Claas Lexion combines, six chasers and 10 balers.

Back at home in New Zealand, Daniel works as a contractor doing everything from silaging to maize and enjoys taking photos and videos of the machinery hard at work. 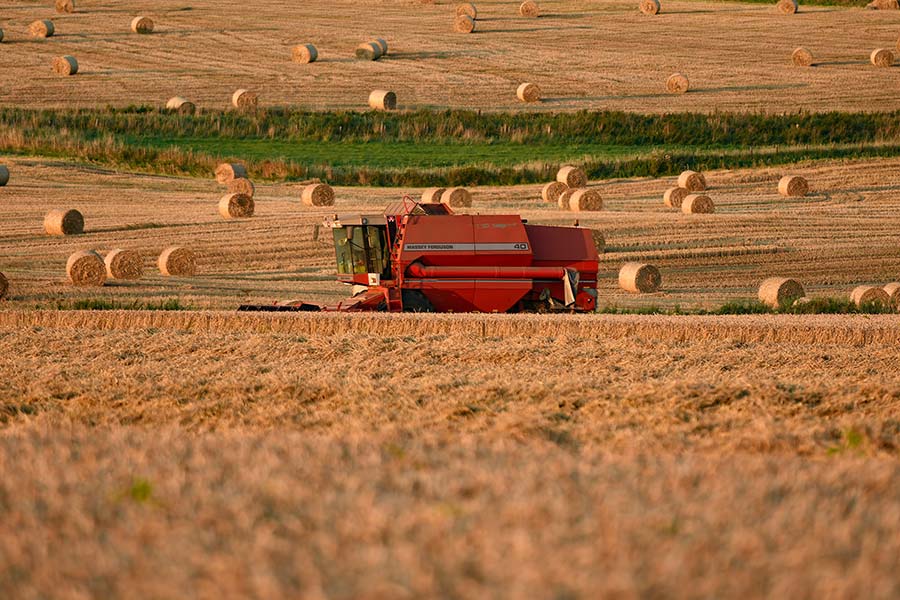 There’s an amusing story behind this picture taken by Mark Dall, who was brought up on a family farm.

Mark’s wife was out cycling when she saw that Andrew had started combining.

“In her excitement to call me and let me know the combine was out, she fell off the bike, forgetting she was clipped on to the pedals,” explains Mark.

“It was a perfect evening to catch the Massey Ferguson 40 busy combining Motown wheat in the evening sun.

“It certainly had been a busy period while the weather allowed.”

Mark’s hobby is being out in the countryside taking pictures of farming machinery in action, which he then uses to produce calendars for local farmers. 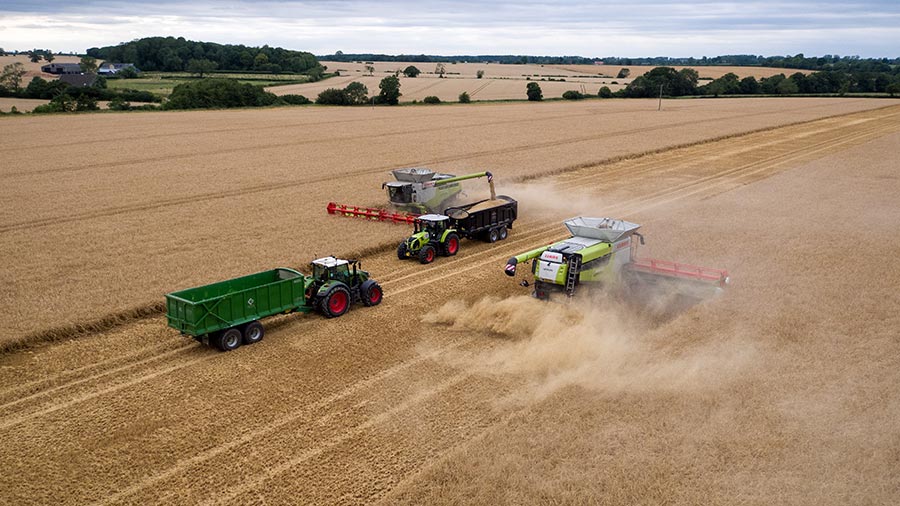 “I came about taking the photo while I was visiting home on a trip back from Australia, where I work in product field support for an agricultural importer,” says Freddie.

“I took the opportunity to take this photo when Claas brought a new Lexion 8900 for it’s first run of harvest and thought the dusty crop along with cloudy skyline made for a perfect picture.

Freddie has always been a keen photographer and videographer and loves to capture each harvest at home to promote British farming.