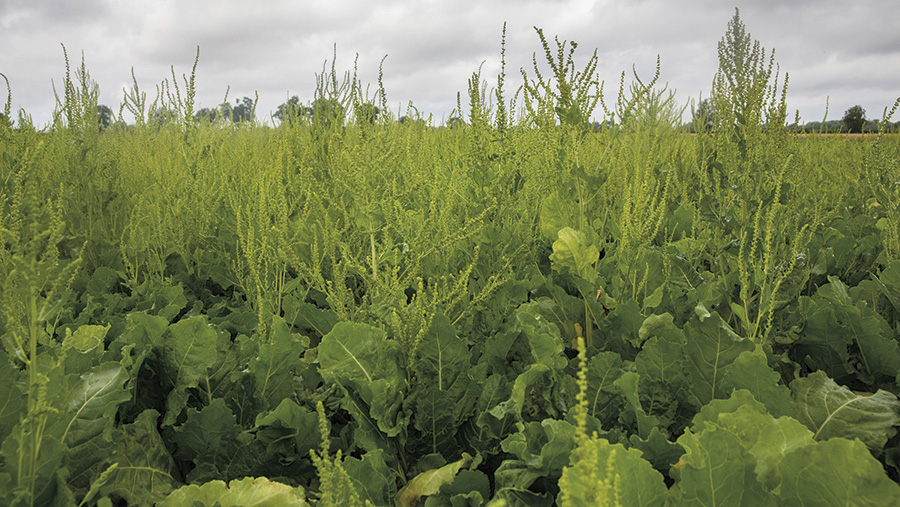 Herbicide-tolerant varieties could soon have a much bigger role on UK farms, bringing new tools and chemistry to growers who are battling troublesome weeds which are eating into profits.

The increased interest has been prompted by recent news that a herbicide-tolerant sugar beet variety is set to make its debut on UK farms within two years while a new herbicide is in the pipeline for the existing Clearfield oilseed rape.

Sugar beet is not the first crop species to get the ALS herbicide-tolerance treatment, it was first commercialised in sunflowers after being found as a naturally occurring mutation in the wild.

The technology was later used in oilseed rape in North America around the same time that genetically modified (GM) crops, such as Roundup Ready soya beans, were starting to gather pace in the 1990s.

However, breeding varieties with a tolerance to herbicide is fundamentally different to GM, as they are produced using traditional plant breeding methods.

This meant that once GM crops were approved for use in USA and Canada, it did not spell the end for the technology, as it remained popular for oilseed rape growers and then went on to be used in wheat too.

Will Reyer is field crops market manager at agrochemical company BASF, which owns the Clearfield herbicide-tolerant technology and licences it out to plant breeders such as DSV, Monsanto and Pioneer.

He says the UK uptake of Clearfield oilseed rape varieties has been sluggish since they first appeared on the Recommended List in 2010, but expects their popularity to surge from this point on.

“We are seeing a lot more growers interested in it and a growing confidence in the technology, which has been slow and steady until now,” he says.

Globally, Clearfield technology is found in a broad range of crops including wheat, oilseed rape, sunflowers, canola, rice and lentils.

“Another reason for the slow uptake is that growers can get fixated on yield performance of varieties. Now attitudes starting to change and growers are looking to get rid of their weeds to improve yields.”

Adas weed expert Lynn Tatnell tells Crops she thinks growers have been sceptical of the technology, but she is in the midst of concluding a four-year research project which found that Clearfield varieties offered good control of troublesome weed species.

The field-scale trial has been looking at preventing wide scale ALS resistance in broad-leaved weeds and the plot has a pre-existing problem with ALS resistant poppies.

She thinks herbicide-tolerant crops do have a place in a wider crop rotation, but as with all herbicides, careful consideration must be given to ensure a wide spectrum of herbicide modes of action are used to minimise the risk of  herbicide resistance in weeds.

“Currently broad-leaved weed resistance is at low numbers and is manageable. However, that may change if further herbicide modes of action are lost due to legislation changes. 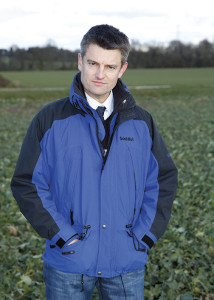 “We have found generally that the Clearfield oilseed rape was really good at helping to get rid of difficult species such as charlock and to help target key species which might otherwise be left out,” says Dr Tatnell.

“There is a risk of ALS herbicide resistance building up, but I think as long as there is good stewardship, which I think there is for Clearfield oilseed rape, it shouldn’t be a problem.”

Looking forward to the arrival of the first commercially available herbicide-tolerant sugar beet varieties in 2019-2020, Dr Tatnell says the crop itself [regardless of being tolerant] brings a lot for benefits for weed control, as it is spring drilled, allowing for other cultural control methods to be employed prior to drilling.

“Traditionally you don’t really get blackgrass in sugar beet, but now some marginal land is being used to grow the crop.

See also: Herbicide-tolerant sugar beet being trialled in the UK

He explains that KWS also needs the relevant herbicide chemistry that works with the tolerant varieties to pass through the registration process, which he says should happen by 2018.

“The research and development for this started in 2001 and has only just come into fruition now.

“Controlling weeds in sugar beet has become more of a challenge now and these herbicide-tolerant varieties should simplify spraying and offer growers more flexibility in terms of application timing.” It will be particularly useful against weed beet.

He adds that while the varieties are still in development, he doesn’t expect herbicide-tolerant varieties of sugar beet to be any more expensive to grow than conventional varieties.

“It will help to improve yields so the cost of production will therefore be diluted – something that will be welcome to growers.” 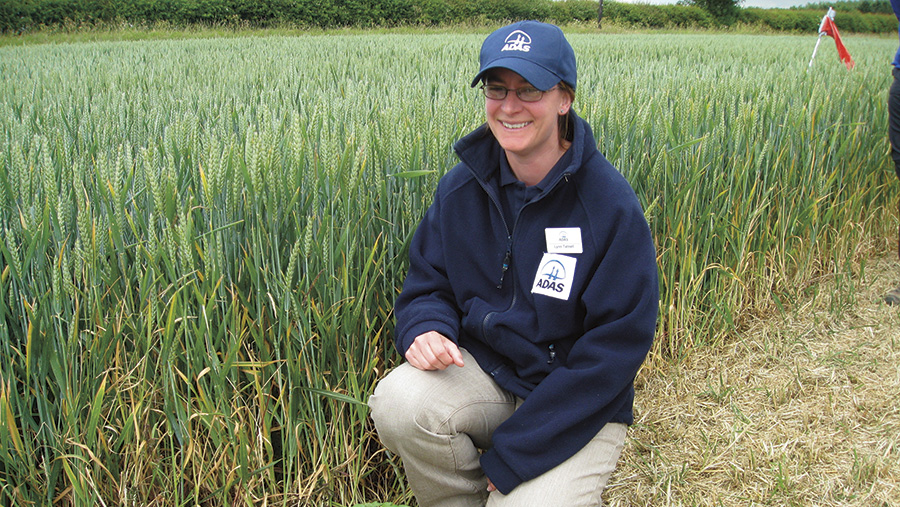 Considering where herbicide technology could be applied next, Mr Witheford predicts that there could be many possibilities in the future.

“You’ll start to get more modes of actives in the future and tolerance in varieties will develop in different species,” he says.

Dr Tatnell tips spring bean as a possible crop for herbicide-tolerant variety development. “Spring beans could be a good bet because being a spring crop is useful for control of difficult autumn-germinating weeds, such as blackgrass.”

Mr Reyer points out that the European spring bean market is probably not big enough to warrant breeders’ investment.

“I don’t see tolerant wheat coming to the UK either as the chemistry isn’t really focused on blackgrass. It’s used in the USA to control different weed species to those UK growers face.

“If sunflower growing in the UK really takes off in the future then the Clearfield system would work perfectly because there just aren’t the herbicide options for that crop,” says Mr Reyer.