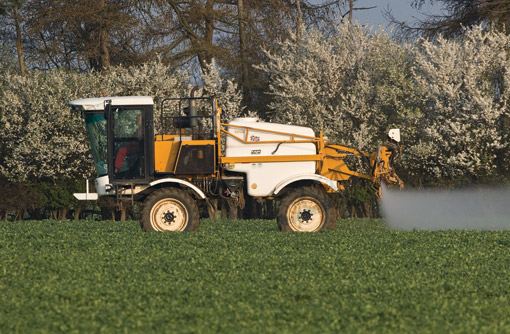 In one corner, there’s Bayer CropScience’s tried and tested Atlantis, a faithful friend and tireless campaigner, but beginning to show signs of weariness after a long campaign.

In the other, newcomer Dow AgroScience’s Unite is flexing its muscles, eager to show what it can do, after encouraging results from a pilot test last year.

Prices are similar and availability is good. That makes choosing between them difficult, but not impossible, agree commentators, who all stress the importance of getting the best results possible on blackgrass, after one of the most challenging seasons ever.

Deciding which product to use all comes down to the weed population present, as well as previous herbicide use and planned application timing, advises Christine Lilly, technical support manager with Frontier Agriculture.

“We’ve seen the two products in trials across a number of seasons,” she says. “And the good news for growers is that you can find results to support both of them.”

Frontier’s extensive work indicates that Atlantis is slightly better on blackgrass, but Unite has the edge where there’s a mixed population of grassweeds, she summarises.

“That’s especially the case if brome is present,” she notes. “Unite is a stronger product on the brome species.”

Unfortunately, resistant blackgrass is proving difficult to beat, regardless of herbicide choice. “It would be fair to say that neither product works very well on resistant populations. There’s been just 15% control from them in some of our trials.”

Both herbicides can be used in either the autumn or the spring, although autumn applications are encouraged by the manufacturers concerned and must be done with a residual partner. “Better results usually come from autumn use, providing the conditions are right. But different agronomists have contrasting views on this, based on what they’ve experienced in the field.”

“Unite is a stronger product on the brome species.”
Christine Lilley, Frontier Agriculture

That’s because application conditions are so critical for both herbicides, stresses Miss Lilly. “You need active weed growth and moisture. Without these, the results will be disappointing.”

And both must be used in programmes, she adds. “There’s no one-hit solution for blackgrass. They should follow a pre or peri-emergence treatment, preferably flufenacet-based.”

Unite can’t be used where flupyrsulfuron has been included in the pre-emergence treatment, she cautions. “But Atlantis can be sequenced with flupyrsulfuron, following CRD approval last year.”

Otherwise, a six week interval has to be observed before Atlantis can be applied where chlorotoluron has already been used. “And Atlantis is more limiting in the spring with tank-mixes, as it can’t be added to either chlorothalonil or tebuconazole.”

In north west Essex, independent agronomist Jamie Mackay isn’t planning to replace Atlantis with Unite, except where brome is more of a concern than blackgrass.

“In nine out of 10 situations, I’ll be mopping up blackgrass with the post-emergence spray. And I think Atlantis does a better job at that, especially at later timings.”

March applications with Atlantis gave superior results than November sprays last year, he recalls. “The very few fields that were sprayed in November were disappointing. There are always practical implications of trying to spray in late autumn on heavy soils, which also has a bearing on product choice.”

He believes Atlantis has the edge on late winter, tillered blackgrass over Unite. “Once we’ve missed the mid-late October slot, it becomes difficult to do an autumn spray. It gets colder, the days get shorter and the windows become few and far between. That’s why it’s often used in the spring.”

He favours a residual partner and one of the better wetters with Atlantis, through until the spring. “For reasons we don’t fully understand, they are adding to performance. Even including Stomp up to early March boosts control by 10-20%.”

Defy or Auxiliary, with enhanced wetters, are the preferred choices. “They seem to sharpen it up.”

Blackgrass resistance tests conducted by Mr Mackay in 2012 show that Atlantis performance is on the wane, having dropped by around 30%. “It is slipping, but Unite won’t make any inroads as it is also an ALS inhibitor.”

He also believes that previous widespread use of Lexus in the area means that flupyrsulfuron is not as effective in Essex. “It’s as though the blackgrass has hardened itself to it. There is still some activity, but it’s not the best.”

However, if Unite is applied early, in the autumn, it will give similar levels of blackgrass control and better results on brome and wild oats, he points out.

“Given how late everything is this year, it’s going to be tricky to hit the autumn timing.”