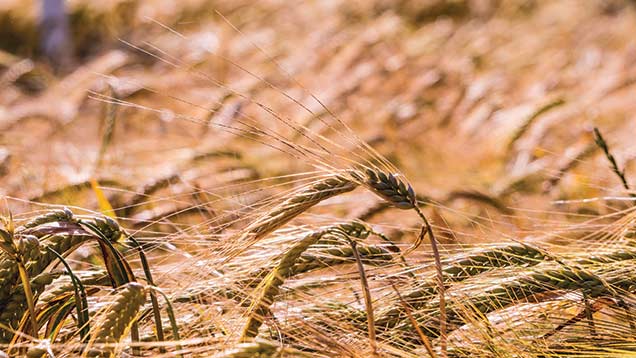 Recent years have seen a step up in yield for winter barleys on the HGCA Recommended List, but which one deserves a place in in your drill?

The highest-yielding winter malting barley is Senova’s Talisman, with a UK treated yield of 99%.

An early-maturing variety, with resistance to the common strains of barley mosaic virus and good disease scores, Talisman is still to gain full approval from the Institute of Brewing and Distilling, having been provisionally recommended for two years.

Find out more about the new generation of wheat, oilseed rape and barley varieties and see them for yourself at this year’s Cereals event on 10 and 11 June at Boothby Graffoe, near Lincoln. Book tickets for Cereals 2015 and keep up to date with all the latest news on FWi.

“By June, we will know if it has full approval,” says Mrs Leaman. “So if you are looking for a malting variety, it is certainly one to consider.”

Fully approved for malting and just 1% behind Talisman on yield, SY Venture is the other pick for malting barley growers.

A shorter variety than its rivals, with good resistance to lodging, Venture is also early to mature.

“Its rhynchosporium rating of 4 is on the low side, so that will need managing in a wet season,” she comments. “Otherwise, it is a good choice.

The highest-yielding two-row feed winter barley, KWS Infinity, is the only new addition to the two-rows for 2015-16.

“Infinity is another one of KWS’ high-performing two-row feed varieties,” she says. “It has a yield of 105%, which puts it at the top of the list, just ahead of Glacier and Tower.”

Choosing between the three KWS varieties is tricky, she acknowledges. “Infinity is better on lodging than Glacier, which will be important to some.”

It is susceptible to mildew, but otherwise its disease ratings are moderate.

Sitting just 1% behind KWS Infinity is its stablemate, KWS Glacier.

“It’s just one of three varieties that are giving the six-row winter barleys a run for their money.”

With a yield of 104%, it has better mildew resistance, but is weaker on net blotch than Infinity and Glacier, she says.

“These varieties only vary on their disease resistance scores. That’s what growers should look at when choosing the right one for their situation.”