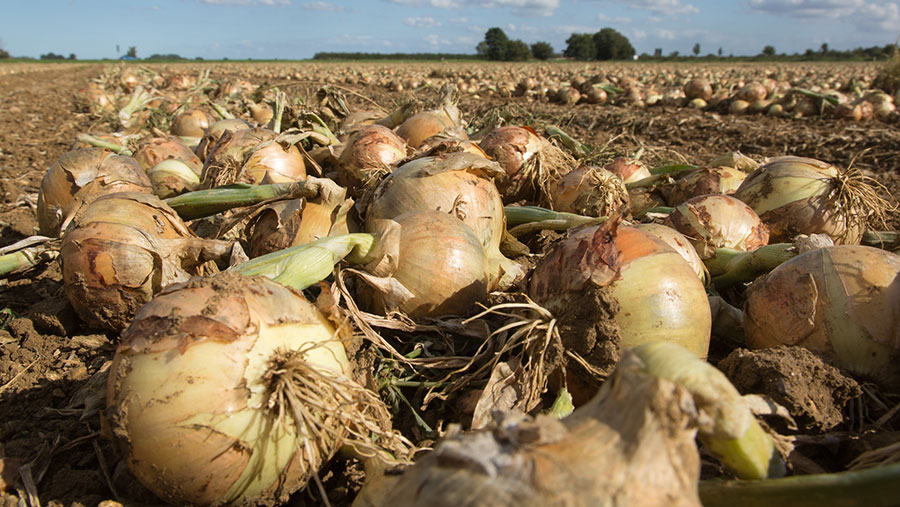 A large farming estate on the Norfolk/Suffolk border is making great progress in reducing the greenhouse gas emissions involved with growing root vegetables.

Elveden Farms, which specialises in potatoes, onions, carrots and parsnips, is harnessing the latest technology to keep moving forward with energy efficiency, as well as using irrigation, mechanisation and its skilled workforce to drive improvements.

The business has invested in more efficient equipment and undertakes detailed monitoring across its day-to-day activities, but is also conducting trials on the 4,900ha of high-value crops it grows to strict quality standards.

This ensures any changes to standard farm practice have been investigated and evaluated before being implemented, to avoid any unintended consequences or additional expense.

At the same time, the Elveden Farms team is also working to protect natural resources and enhance the environment. Having made room for wildlife and conservation among its farming activities, the two now co-exist in a traditional landscape.

As senior farms manager Andrew Francis explains, the farming ethos at Elveden is driven by sustainability, so applying science to best practice while maintaining responsibility for the environment and the local community is a twin aim.

“We take environmental management just as seriously as the production standards we have to meet,” he says.

“This means we have to use farming practices which are sympathetic to our surroundings, as well as being efficient and productive.”

As a Linking Environment and Farming demonstration farm, integrated farm management (IFM) is in the estate’s DNA, he continues. “It governs everything that we do, from our approach to soils, water and energy to our commitment to community engagement.

“The definition of IFM is it is a whole farm business approach that delivers more sustainable farming. That is certainly what we are striving to do.”

Recent successes in energy efficiency include a 10% fuel saving from switching to Fendt tractors, in-house design of sub-soiler points to reduce wear and diesel usage and the move to a one-pass establishment system, which saves both time and money.

“Greater gains have been made in the potato stores, where we have invested in inverter drive pumps and fans, which have reduced our running costs by up to 30%.

“We have also changed to a glycol refrigerant system in the onion stores, with associated energy savings and a reduction of 31.5t of carbon dioxide/year.

“The switch paid for itself within six years, rather than the 10 we had budgeted on.”

In the same way, the use of band spraying has reduced chemical use by 38% and GPS guidance on the 48m sprayer has halved the number of tramlines in cropped fields.

Vision guidance hoes are used to weed between the crop rows – with cultivation and weed removal being conducted very close to the crop, without causing any damage. This practice has reduced herbicide use in carrot crops by more than 50%.

A long-term trial looking at soil organic matter, started in 1999, is giving a better understanding of how soluble nutrients behave in the farm’s very light, sandy soils and whether a higher soil organic matter gives more resilience to leaching events.

Having started as a response to fears about the introduction of a phosphate tax, the trial initially compared the use of farmyard manure (FYM) with no manuring, making two applications in six years.

That changed in 2010, when annual manuring was introduced. In line with commercial practice, the FYM type has also changed.

“Organic matter is short-lived in these light soils,” comments Mr Francis. “They mineralise very quickly, so we have to use highly soluble products on a just-in-time basis, rather than applying them in the autumn.”

Annual manuring made a 1% difference to soil organic matter levels, taking them up to just over 3%. “That’s pretty good for sand. It cost between £400-600/ha to build that fertility.”

Those findings prompted him to look at the potential of cover crops as an alternative source. “We wondered if we could grow that fertility, rather than have to import it.”

Introducing cover crops into a root vegetable system is more difficult, due to the soil disturbance involved, he points out.

“Our thoughts were that they might have a place after early potatoes had been lifted. We were also interested in evaluating what impact the loss of glyphosate would have on soil preparation techniques, as well as their effect on different seed-bed preparation methods.”

One of the first challenges was getting cover crops to establish successfully on dry sands. “They failed after cereal crops, but grew best after potatoes.”

Among the operational findings were that cover crops increased the farm’s fuel use and carbon dioxide emissions where destoning was being used. “In this situation, our carbon footprint increased by 26%.”

In contrast, in a non-destoning system, carbon emissions were reduced by 15%.

“We still need to understand whether not destoning would have a negative impact on the storability and saleable quality of the crop,” comments Mr Francis.

“We did see more potato volunteers surviving in the non-destoned plots, which means greater pesticide use in the crop, and we had to use glyphosate in the crop pre-emergence to control volunteer grasses.”

He is clear about the technology gaps that still exist and believes further developments are required in specific areas.

“Capturing real-time operational data would be great, as we’d be able to assess the impact of activities quicker and make any changes on the move,” he points out.

Also on his wishlist are accurate measurement of any soluble nutrient loss and the ability to measure weed numbers and species, crop growth stage and biomass, yield and final bulb size.

“In addition, we need the ability to measure and quantify soil biology and a method of quantifying improved soil organic matter.”

Looking further ahead, Mr Francis highlights areas of the business where there is room for greater efficiency gains and where progress could be made.

“Irrigation delivery systems is a good example,” he says. “At the moment, we have to cover large areas and irrigate our potato crops every three to four days. It accounts for 14% of our time in man-hours.”

Constant monitoring of plants for pre-stress indicators would be useful too, he believes. “So would a better botanical knowledge of plant, pest and predator interactions.”

Currently, aphids and viruses are a big threat.

“We have tried using a fleece barrier on high value crops, but it is expensive. If we understood predator behaviour better, we might be able to predict where problems are most likely to occur.”

Selling to supermarkets and manufacturers worldwide, for leading product brands