FMC is an agricultural sciences company that advances farming through innovative and sustainable crop protection technologies. From our industry leading discovery pipeline, to unique application systems, to modern biological products, we are passionate about bringing new solutions to growers around the world.

For more than 130 years, we’ve been rooted in agriculture and innovation.

Today’s FMC continues to earn the trust of growers and industry partners to maximize their productivity, profitability and sustainability.

To find out more, visit www.fmc-agro.co.uk 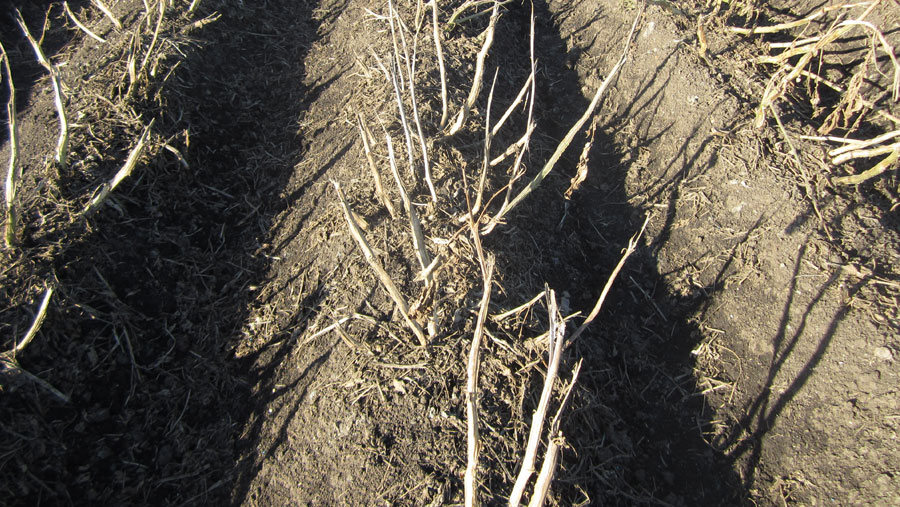 Effective potato desiccation can vary from season to season and often relates to a number of influencing factors including variety, soil type, amount of nitrogen applied, haulm vigour and density as well as the weather before and after a desiccant has been applied.

“Removing the haulm by either mechanical means or foliar applied defoliants should be done as quickly as possible to allow rapid skin set and minimize tuber disease issues such as late blight from occurring,” FMC’s Commercial Technical Manager Jeff Fieldsend says.

“The decision to flail and spray or apply foliar spray applications only should be taken on a field by field basis with proposed lifting date a critical factor in deciding the most appropriate strategy. At least 21 days is required from the start of any foliar application to develop a good skin set. However, some varieties in certain seasons need a longer period to achieve this,” he says.

Mechanical flailing followed 24-48 hours later by an application of the rapid acting stem desiccant Spotlight Plus (carfentrazone-ethyl), kills the stems effectively, and prevents any regrowth.

Spotlight Plus is a PPO inhibitor, which acts by disrupting a plant’s cell membrane, inhibiting the synthesis of protein that is responsible for the production of chlorophyll and heme.

Symptoms can occur within 1-2 hours after exposure, appearing first as water-soaked foliage, which is followed by browning (necrosis) of the tissue. Necrotic spots are sometimes surrounded by a reddish coloured ring.

“Spotlight Plus works more efficiently under bright weather conditions, so the best time to apply it is mid morning to mid afternoon,” says Mr Fieldsend.“There’s always an element of compromise but what we don’t want is to be spraying in the evening.”

“Unlike alternative potato desiccants Spotlight Plus is formulated so there is no need for an additional wetter to improve performance, but we have seen a marginal improvement when it’s mixed with Ranman due to the formulation of this particular product. Spotlight Plus requires a medium quality spray delivered at a forward speed of about 10kph for maximum coverage and improved efficiency.”

FMC trials and development work has shown that where Spotlight Plus has been applied tuber separation from stems is improved, and early development work revealed less scuffing and bruising when compared to other treatments.

Mr Fieldsend has spoken at length to the main flail machinery manufacturers about their own equipment and has seen them working in the field. His conclusion is that they all do a quality job of knocking down the crop, but the key is to ensure that machines are set at the right height, flails are in a good condition and the machine is fitted with deflector platesto to divert haulm away from the stems, leaving them exposed to the follow-up desiccant sprays.

“Mechanical flailing is not right for every situation, particularly if there has been heavy rain prior to desiccation or on soils with a high organic matter content,” he says.“There are still a number of growers who can’t or don’t want to flail and so this presents an additional list of challenges to achieve the same objective with a spray only system. Diquat is no longer available for desiccation and so the best option for achieving a quality knock down is through flail and spray,” he says.

In situations where flailing is not an option a foliar applied program trial carried out on a crop of Melody in 2019 produced very good results, in fact, very similar to using diquat.The key to achieving an effective foliar knock down is to start the programme earlier than one would have done with Diquat.

“We recommend starting the programme 5 days earlier than in a flail and spray situation and ideally start just after the onset of natural senescence,” explains Mr Fieldsend. The trial showed that Spotlight applied early gave a 10-15% improvement in speed of knock down compared to Gozai.

“The rate flexibility of Spotlight Plus and optimised water volumes are key to its improved performance and the overall quality of the desiccation process.The maximum individual dose for Spotlight is1l/ha (60g CFZ/ha), with any follow-up application not to exceed 0.6l/ha (36g CFZ/ha),” he says.

When it comes to the quality of the desiccation, a high water volume – 450l/ha ideally – gives much better coverage of the target area and this is particularly important on dense canopies. Spotlight Plus has a water recommendation of 300-600l/ha.

In crops with very vigorous haulm or where re-growth occurs further applications might be required to achieve satisfactory desiccation, however one of the strengths of Spotlight Plus is its ability to prevent regrowth.

“In situations where foliar applications are the preferred route then to speed up the desiccation programme we recommend starting with Spotlight Plus at1l/ha, followed by full rate pyraflufen-ethyl, followed by Spotlight at 0.6l/ha.Pyraflufen-ethyl used in the middle of the programme as opposed to at the end avoids harvest interval issues.”

When choosing a desiccant he says that the harvest interval has to be a priority, especially where salad crops are concerned.The key to maximising market opportunity is to have flexibility at harvest, and so a short harvest interval is essential.

Some growers are of the opinion that a faster kill produces quicker skin-set, but this is not true according to Mr Fieldsend.

“The speed of skin-set is not influenced by one particular approach to desiccation. And there is no indication that a longer period of haulm die-back leads to increased tuber blight risk. SRUC trials also showed no significant increase in tuber size as a result of slower die-back through passive bulking.”

He points out that every season is different and successful desiccation is often dependent on weather conditions, the size of the crop canopy and the amount of natural senescence at the time the grower decides to start the desiccation process. Last year was relatively straight forward, due in part to the seed being physiologically old as a result of the 2018 growing season when seed crops suffered very high temperatures

“If a seed crop is put under stress it ages quicker, and will produce more stems,” he says. “Generally, physiologically older seed do not produce large canopies and tend to die back earlier in the season which is why we had good results in 2019. In future growers may have to consider reducing the amount of nitrogen used on non- determinate varieties, chitting seed to stimulate earlier growth and possibly sacrificing a small amount of yield in order to ensure the crop is lifted in more ideal conditions.

One final important factor is ensuring potato blight programmes are maintained right through until the crop is completely dead to minimize any tuber blight issues.

To find out more about Spotlight Plus please visit fmc-agro.co.uk/herbicides/spotlight-plus