In addition, the seed of most broad-leaved weed species is more persistent in the soil than that of grassweeds and will survive for 10 or more years.

Therefore, preventing seed return is an important part of any broad-leaved weed strategy, along with effective use of chemistry.

There is wide range of broad-leaved weeds found in UK arable fields. 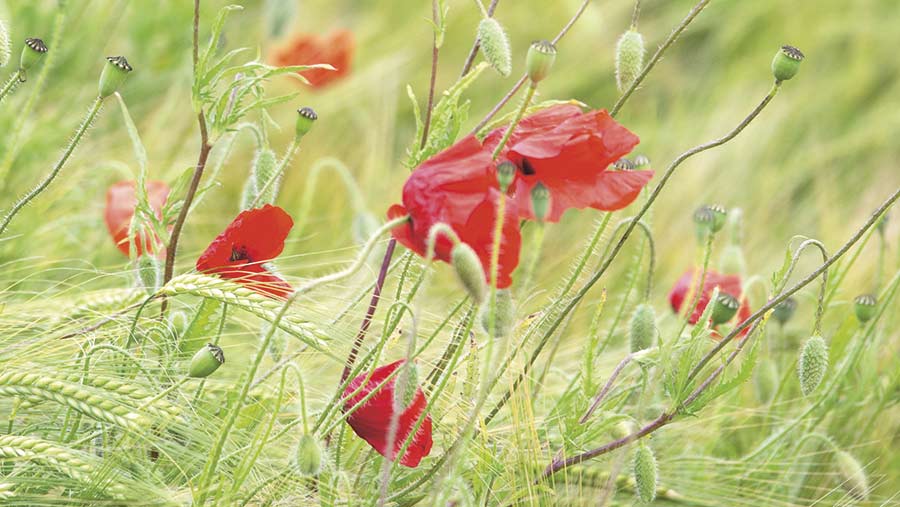 However, they vary in competitiveness and the losses they can cause to crops.

Different broad-leaved weed species emerge at specific times of the year. While some are autumn germinators, others only appear in the spring and there are species that germinate in both autumn and spring.

Most can only emerge successfully from the top 3cm of soil, although there are some exceptions and those species with larger seeds will emerge from depths of up to 15cm.

Infestations usually consist of a mix of different species, making management more complex. Where herbicide practice has changed in recent years, species that were trivial have tended to become more problematic.

Growers should know which broad-leaved weed species are present so that the most appropriate herbicide can be used. Control is dependent on herbicides on most farms, so maintaining the availability and efficacy of a wide range of herbicides is essential.

While many of the acetolactate synthase (ALS)-inhibiting herbicides are effective, they are also prone to resistance. As a result, they should be used with other modes of action, in mixes and sequences, to reduce this risk.

There are already confirmed cases of resistance to this chemistry in poppy, chickweed and mayweed.

This year, the first new herbicide active for more than 20 years to control broad-leaved weeds in cereals was launched. The synthetic auxin halauxifen-methyl offers farmers a new mode of action, which will be valuable in resistance management.

Post-emergence herbicides must be applied according to label recommendations. Waiting until the spring to complete your weed control may mean the weeds have become too big for effective control, as their sensitivity changes with growth stage. The best control is achieved by treating the weeds when they are still small.

The pre-emergence herbicides used to control grassweeds will often give good control of broad-leaved weeds. However, residuals used in the autumn are unlikely to control weeds that germinate in the spring.

Preventing any one dominant broad-leaved weed species can be done with rotations, which include both spring- and autumn-sown crops. Likewise, the inclusion of non-cereal break crops will make a difference to the weed spectrum.

Hoeing and harrowing can also be effective, but must be carried out while the weeds are still small. 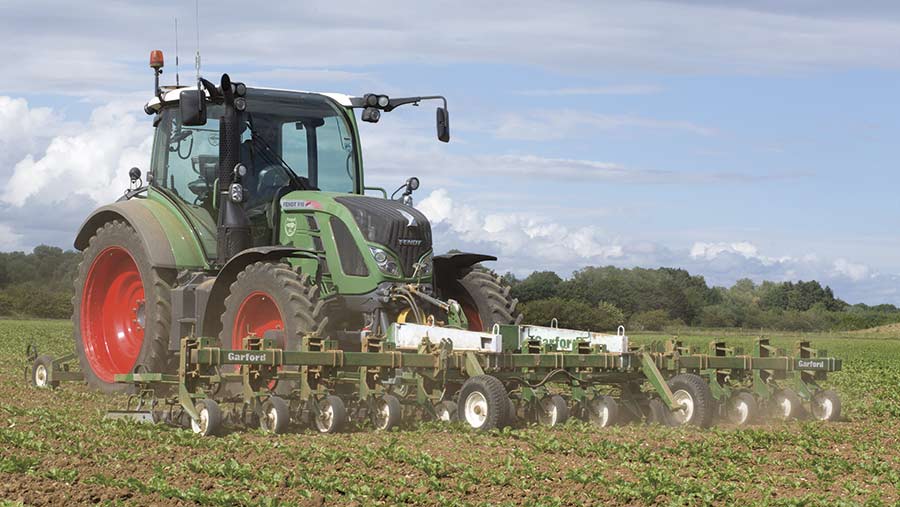 The other technique that works well is the use of a strongly competitive crop, as many broad-leaved weeds are very susceptible to competition.

Where resistance has been confirmed, affected herbicides should always be used with other unaffected active ingredients, either as a tank mix or a sequence.

Given the likelihood of resistance increasing rapidly, growers are being advised to bring forward their decision-making and application timings.

Difficult weed populations require a programmed approach that includes some element of soil-acting residual herbicide in the autumn, followed by a post-emergence application while the target plant is still susceptible.

“The sustainable management of broad-leaved weeds should be a priority,” stresses John Cussans, weed specialist at Niab Tag.

“We can learn from what’s happened with grassweeds and prevent the same thing happening again.”