How can you provide enough food over-winter for farmland birds? Louise Impey finds out

Just a 1ha block of wild bird seed mixture or 10-20ha of over-wintered stubbles per sq km will provide enough food for birds throughout the winter – and earn valuable stewardship points, says the RSPB.

As seed food is usually abundant after harvest, winter supplies for birds need to be available between February and April, he says.

Over-wintered stubbles have a dual role, providing both cover and food, says colleague Tony Morris. But their value depends on the bird species present and further work is needed to fine-tune management advice.

“We know stubble height and density is important, as birds need to feel safe from predators while they are feeding,” says Mr Morris.

“Smaller bird species like short, sparse stubble so that they can see approaching threats and fly away. But the grey partridge prefers taller stubble, as it tends to crouch to escape.” 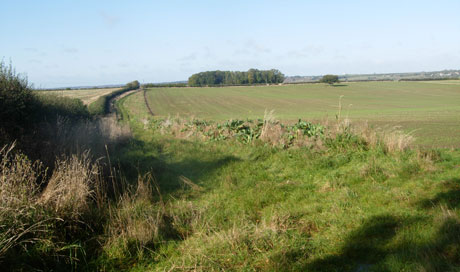 Spilt grain and weed seeds are provided by stubbles, he adds. “Weedier stubbles are preferred by the birds and barley stubbles are used the most. And it’s best to use whole fields, as different bird species feed in different areas.”

Where oilseed rape has been Autocast on to stubbles, there seems to be no significant benefit in terms of winter seed food provision, he adds.

“We’ve looked at this over three years, and have concluded that the rape grows up and shades out the stubble too quickly, making it difficult for the birds to find food.”

Of all the options, wild bird seed mixtures provide most seeds and are a good alternative to stubbles on farms where winter cropping dominates, says Mr Winspear. “You need at least one patch per 100ha and larger blocks support birds for longer. Ideally, they should be at least 1ha in size.”

Their success depends on proper establishment and management, he notes. “Fortunately, stewardship rules have become much more flexible, so growers can use pesticides and fertiliser to help. Autumn establishment is also allowed now, which has made a big difference on heavy land farms.”

A range of crops should be used to provide different seed types and extend the foraging period. “Kale is particularly valuable in its second year, as it supports the greatest range of species and the highest densities of birds.”

Other crops have further benefits, points out Richard Barnes of specialist seed suppliers Kings. “Triticale is good where rabbit grazing is a problem. Cereals are needed for yellowhammer and corn buntings, while brassicas are preferred by finches.”

A varied structure also helps, allowing access to the ground and supporting the crop to prevent lodging. “Kale does this well, but dwarf sorghum is a good alternative.” 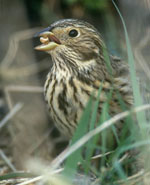 Another simple way of providing seed-eating birds with food through the winter is to put out waste grain, such as screenings, on a dry hard surface, such as a farm track, every week, says Guy Anderson of RSPB.

“This isn’t one of the stewardship options, but it is an effective way of providing food when other sources have become depleted,” he adds.

Feeding should take place from early October to the end of March. “Half a tonne should be sufficient for a whole winter. Move the area up the track each time to minimise rodents and stop food piling up.”