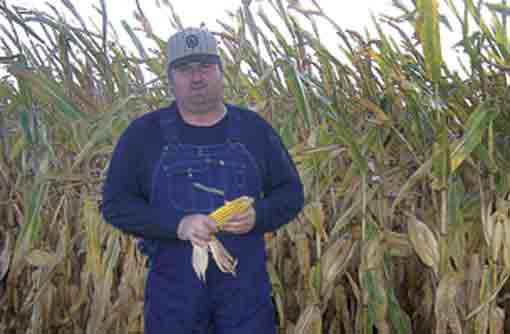 We’ve had ideal weather for planting over the last month. I was able to plant maize on 14 and 15 April and the soyabeans went in between 22 May and 15 June. Favorable rains during that three week drilling period have resulted in perfect stands.

Soybeans are divided into maturity groups running from Group 00 in the far north, down to Group 8 along the Gulf coast. My farm lies close to the east/west running “border” between Groups 3 and 4. Generally speaking, the longer maturity soybean you can plant, the better the yield.

The “strategy” for growing soybeans in Kansas is different from growing maize. The goal with maize is to get the plant through pollination before hot weather hits, whereas with soybeans you hope to get through the hot weather and hit mid-August rains; sometimes those August rains never come.

I had hoped to announce that our drought was over. However, highs in the 90s along with dry, south winds meant the last seven days have really sapped the moisture we had over the last several months. I think many of us are concerned the drought did not end – we just got a much needed break. The next 60 days will be critical.

Brian Hind farms 1,250ha of prarie land of which 770ha is family owned plus the rest is rented. Of this 330ha is arable cropping with maize, soya grain or sorghum, alfalfa plus a mix of rye, triticale and turnips for grazing by 200 beef cattle. Grassland is used toproduce hay.