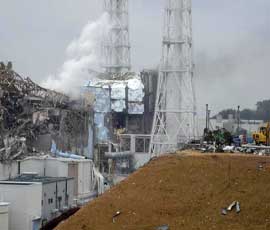 Japanese imports of food, feed and plants are to be tested for radioactivity, the European Commission has announced.

The commission said member states need to test the levels of radioactivity of imports from the country following explosions at nuclear facilities after last week’s (11 March) deadly earthquake.

Members have been told to notify EU authorities of any products that show higher than permitted levels of radiation, as agreed following the Chernobyl disaster in 1986.

About 9m tonnes of fruit and vegetables were imported from Japan in 2010, representing a minor segment of EU food imports.

Officials in Shanghai, China, have also indicated that they will carry out detailed radioactivity checks on imports from Japan to include food, cargo and personnel.