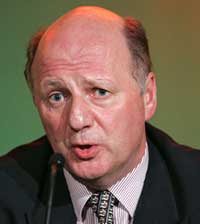 Conservative MP Jim Paice has been announced as farming minister in the new DEFRA line-up.

Mr Paice will join Caroline Spelman, who was handed the environment secretary role on Wednesday.

A former farm manager and shadow farm minister since 2004, Mr Paice will be seen as a popular choice among farmers for his agricultural background and knowledge.

He has been outspoken in his support for a targeted badger cull to tackle bovine TB and for a watchdog to monitor retailer behaviour towards suppliers.

What do you think of the appointments? Have your say on the FWi forums.