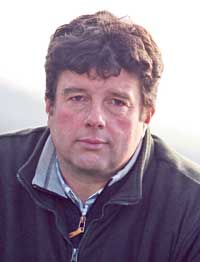 Oilseed rape crops have survived the harsh winter and the Kerb (propyzamide) applied in November has controlled blackgrass very well. Ground conditions have allowed us to get on and apply the first split of nitrogen and sulphur.

However, blackgrass control in wheat hasn’t been quite so good on the limited area we sprayed in the autumn. It was probably not helped by a month of freezing temperatures and snow. Of more concern, tests carried out on some uncontrolled blackgrass plants last year have confirmed that we have Atlantis (mesosulfuron + iodosulfuron) resistance.

To try and improve our blackgrass control, we reverted back to the plough a few autumns ago for second wheats. But a change to cropping in certain areas may well be necessary as well as continual testing of any blackgrass that comes through our spray programme.

A few weeks ago, I was asked if I would appear on Farming Today to comment on the recently published Foresight Report. I have to admit that when asked I didn’t know the report’s findings and conclusions so a little late night reading was in order.

The report is vast so I chose the summary – all 44 pages of it. In brief, the world’s food production system faces enormous challenges and it must occupy a higher priority in political agendas across the world if we are to provide more food for a growing population in a sustainable way, producing less waste.

One statistic that I learned from the report is that 30% of all the food that is produced is wasted. This covers crops that aren’t harvested, produce that is past its sell-by-date in shops, or food thrown in the bin at home. I think that would be a good starting point for the policymakers.