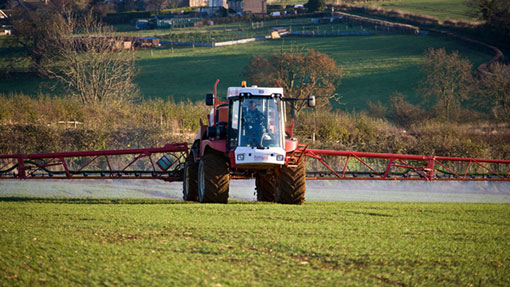 Many leading cereal fungicides are likely to be banned by the European Union due to their perceived effect on human health, prompting calls for growers to lobby Brussels.

The European Commission is currently looking for views on how to regulate so-called endocrine disruptor pesticides which may interact with the human hormone system.

Its proposals could result in the loss of the azoles, which are used in most cereal fungicides, and also pyrethroid insecticides, so growers and agronomists are being urged to give their views.

The EU is looking to tighten up rules about these pesticides amid growing concern about the increase in hormone-related diseases such as cancer and diabetes.

The potential loss of azoles would be a big blow to growers as they are contained in products such as Proline and Ignite and in SDHI-azole combinations Aviator, Adexar and Seguris. The potato blight fungicide mancozeb could also be lost to growers.

“Even in the best-case scenario, we will lose products such as mancozeb and the older azoles,” Julian Little, a Bayer CropScience spokesman, told a recent briefing.

If the commission takes a more draconian approach, all the azoles would be lost and also the pyrethroids and mancozeb.

Azoles, which include the triazoles, have come under scrutiny as they work by inhibiting fungal sterols to control diseases and may have some effect on human sterols and so may interfere with hormones.

The Chemicals Regulation Directorate, which looks after pesticide safety for the Health and Safety Executive, says the most likely pesticides to be eliminated could be mancozeb and the older azoles such as epoxiconazole, tebuconazole and metconazole.

If the commission takes a more hardline view on azoles this could also include the newest of the commonly used azoles, prothioconazole.

The azoles are especially useful for the control of septoria and fusarium in wheat and are use in mixtures with SDHIs to limit the build-up of disease resistance.

“With the loss of the azoles it is difficult to see how disease resistance will not build up,” Dr Little added.

He is encouraging growers and agronomists to convey their concerns about the loss of these products as part of the commission’s online public consultation which runs until 16 January 2015.

The commission is then set to undertake an impact assessment, with the critical decision on which pesticides can be termed as endocrine disruptors due by early to mid-2016.

Industry experts believe these tighter rules on pesticides could see 35-45% of crop protection products lost in the EU, hitting yields by up to 20%. The loss of EU wheat yields alone would cost €4.6bn by 2020.

Earlier this week, farm business consultant Andersons said the loss of pesticides – including some azole fungicides, herbicides and insecticides – could cost the UK £1.6bn a year in lost production.