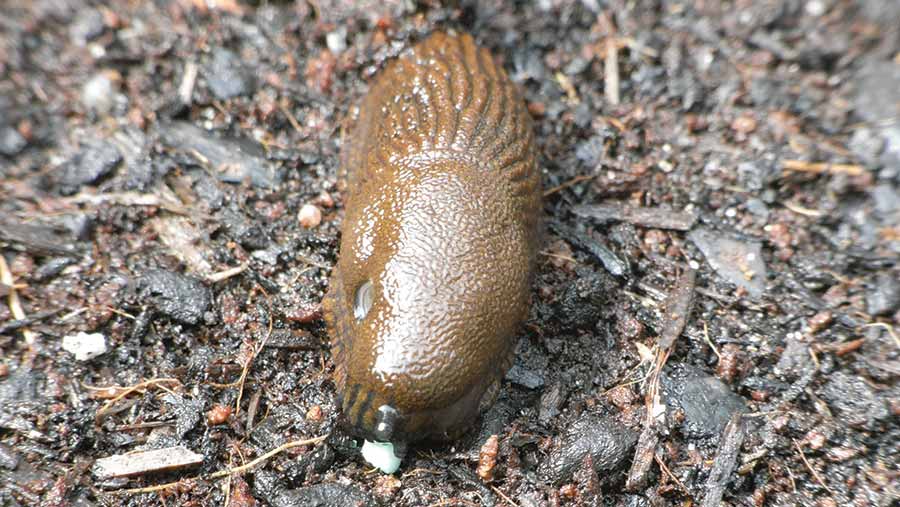 Adopting rotation-based control together with cultural approaches can help spud growers keep on top of slug populations despite restrictions on the use of some pellets.

Last year’s removal of methiocarb and the restrictions on metaldehyde doses and application are a blow, yet slugs are still manageable, according to potato specialist John Sarup.

But not all the work can be done in the potato crop, nor do slug pellets offer the complete answer to control. A longer-term strategy using cultural and chemical controls in other crops will be key, he explains.

“Slug control must start with management across the whole rotation. It’s all about reducing populations. And the worry for me is where oilseed rape or brassicas have been in the rotation. The potato crop needs to be as far away from the brassica crop as possible.”

So when cleaning up stubble in the spring ahead of planting, a dose of pellets is worthwhile to give an alternative to eat, he adds.

Field margins are also a concern, he says. “Margins harbour slugs, and although they are in place to protect water and hedgerows, we ought to be concentrating on monitoring slug activity on headlands and then make a decision whether to treat to minimise the slugs coming into fields and becoming established.”

This may mean headlands being treated more often than the middle of the field to provide a barrier to slug ingress.

The opportunities for cultural controls in potatoes are more limited than in combinable crops, although cultivation will disturb slugs and bring them out into the open, says Mr Sarup.

“But we don’t want to over-cultivate soils because we get slumping at planting or if heavy rain falls after planting, soils become anaerobic and then the potatoes don’t want to grow.”

Hutchinson’s root crops manager, Darryl Shailes, agrees that the cultivations associated with preparing fields for potatoes can help with controlling adults, but the eggs are resilient to disturbance.

He believes the first significant step growers should make is to move susceptible varieties, of which Maris Piper is the most, onto non-slug ground. As variety listings no longer have slug ratings published, growers have to rely on experience and anecdotal evidence from breeders and growers to establish which varieties are suitable for land susceptible to slugs, he says.

But although slugs may prefer to feed on some varieties over others, if there are sufficient numbers or the potato crop is their only food source, they’ll have a nibble at any variety, cautions Mr Sarup.

Therefore, monitoring slugs throughout the season simply with a plastic sheet and bait is crucial, he says.

“If you’ve historically had a slug problem then you know you’ll have to treat. It might just be headlands rather than the whole field.”

The ban on methiocarb and restrictions on metaldehyde use has pushed Mr Sarup towards recommending ferric phosphate to his growers because of its favourable environmental profile. And with no restrictions on applications near water, it also means growers can treat the whole field including headlands with the product.

Mr Shailes has also switched to recommending ferric phosphate, using it in the same manner as methiocarb with equally successful results.

Getting the timing right is important, he stresses. There is no trial-based evidence to suggest that populations are significantly reduced if pellets are applied in the autumn or ahead of planting, but it may be worthwhile in very bad fields.

However, the timings that have proved consistently cost-effective and supported by historic research and development and personal experience are a full rate application of pellets just prior to canopy closure and another two to three weeks later.

“The main thing is to get the first applications on early, because once slugs have started to get down into crop and eat the potatoes you’re very unlikely to draw them back up to the surface with another application of pellets. So it’s a matter of getting the first two timings nailed.”

Some of Mr Shailes’ colleagues also apply Sluxx (ferric phosphate) with good effect, as the canopy opens up close to harvest if they see slugs near the surface.

Mr Sarup adopts the same approach and emphasises the importance of paying close attention to the timing when the environment becomes just right for slugs, especially in irrigated crops. Applying a full rate at the early timing is also crucial to ensure the number of baiting points is achieved.

Subsequent applications are applied at half rate and can go right up until harvest if slug pressure warrants treatment as ferric phosphate has no harvest interval, he adds.

Concerns over the loss of methiocarb have been allayed following the successful switch to ferric phosphate by one Lincolnshire farm manager.

Martin Goodliffe, who looks after 100ha of potatoes for RJ and AE Godfrey (Dawsmere Farms), faces slug challenges on the heavy alluvial silts in south Lincolnshire, and with 70% of the area planted with Maris Piper for the pre-pack market, he can’t afford to slip up with control. 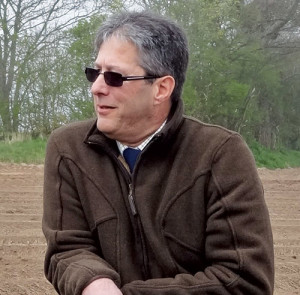 “It’s vital that we keep slugs out of the crop. The tolerances are very slight for pre-pack and Maris Piper is a susceptible variety for damage.

Any percentage damage reduces pre-pack potential down to peeling trade or dehydration – which is catastrophic.”

The inclusion of brassicas in the rotation adds to the pressure, which means cultural and chemical controls in other crops are important.

“We couldn’t apply enough pellets to stop a bad attack in potatoes if we hadn’t tried to control them in other crops, so we use shallow cultivation, ploughing and trapping to assess slug thresholds before applying pellets.”

Historically, methiocarb and metaldehyde have been used on the farm, but with the loss of methiocarb and the environmental issues with metaldehyde detected in raw water, ferric phosphate is now the only viable form of control as many fields are surrounded by watercourses.

However, metaldehyde will be kept in reserve this year should the maximum permitted dose of ferric phosphate be approached if conditions favour slugs and the pressure is high.

But Mr Goodliffe hopes that won’t be the case, and by adopting a little and often approach he aims to keep doses down to a minimum, about 3-5kg/ha, applying pellets according to conditions rather than being dictated by growth stage.

Ferric phosphate is applied to the crops in advance of rainfall when the slugs will be most mobile. The potatoes are routinely inspected for slugs, and pellets monitored to ensure there is no break in protection if conditions are favourable for the pest.

The size of the canopy makes very little difference to the application as the pellets fall to the ground, so application takes place at the same time as the blight sprays via a broadcaster on the tractor.

Ferric phosphate spreads evenly, the pellets are rainproof and are not bad for dust, says Mr Goodliffe. And an added advantage is the absence of a harvest interval enabling late slug attacks after desiccation to be controlled.

It has taken three seasons for Mr Goodliffe to become confident with using ferric phosphate. “It is our only real form of control now and it’s nice to know that it’s working,” he adds.