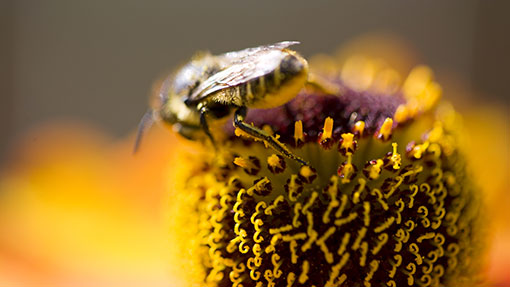 Shadow Defra secretary Sue Hayman has written to Michael Gove to urge Defra to clarify its position on neonicotinoid pesticides, which have been linked to a decline in bee health.

In an open letter, Ms Hayman, the Labour MP for Workington, voices her party’s objection to neonicotinoids, as stated in their general election manifesto.

She says Mr Gove “remains silent” on this matter, and calls on the newly appointed Defra secretary and the Conservatives to “set out clear policy on neonicotinoids in detail”.

Ms Hayman writes: “Colleagues in the European parliamentary Labour Party and the wider Socialist & Democrats group voted this week to keep the (neonics) ban in place.

“Labour’s leadership team have outlined our commitment to maintaining and enhancing existing environmental protections under EU law once the UK has left the European Union.

“Support for the EU Commission’s ban is an important step towards ensuring a healthy environment for bees and other pollinators.”

Ms Hayman states that UK bee populations have fallen 30% since 2007 and “numerous studies have linked this decline to the use of neonicotinoids”. Yet she acknowledges that this is likely due to a combination of factors.

And, as approximately 75% of crops rely on insects for pollination, the protection of pollinators “is important to ensure the long-term viability of the food chain and British farming.

“I am aware of the many pressures faced by British farmers and their concerns that plant protection products are being increasingly restricted,” writes Ms Hayman.

“However, numerous studies have shown that neonicotinoids do not increase crop yields.

“I would therefore seek your (Mr Gove’s) commitment to funding and promoting research to identify suitable substitutes to neonicotinoids, such as integrated pest management measures which would benefit the farming community but would not pose a risk to the environment, human or animal health.”

Ms Hayman’s letter, published on 23 June, a day after she was pictured by the NFU holding a Back British farming placard, is likely to infuriate farm union leaders.

Chris Hartfield, NFU acting chief science and regulatory affairs adviser, told Farmers Weekly that a total ban on neonics would be “disastrous” for UK arable farming. He said it could put the future of sugar beet growing in the UK and EU at risk, adding that wheat crops could lose 0.6t/ha in yields.

The EU imposed a two-year ban on three neonicotinoids – thiamethoxam, clothianidin and imidacloprid – in December 2013.

Under draft regulations, the European Commission is understood to be considering an extension of the ban to cover all crops, citing a “high acute risk to bees”.