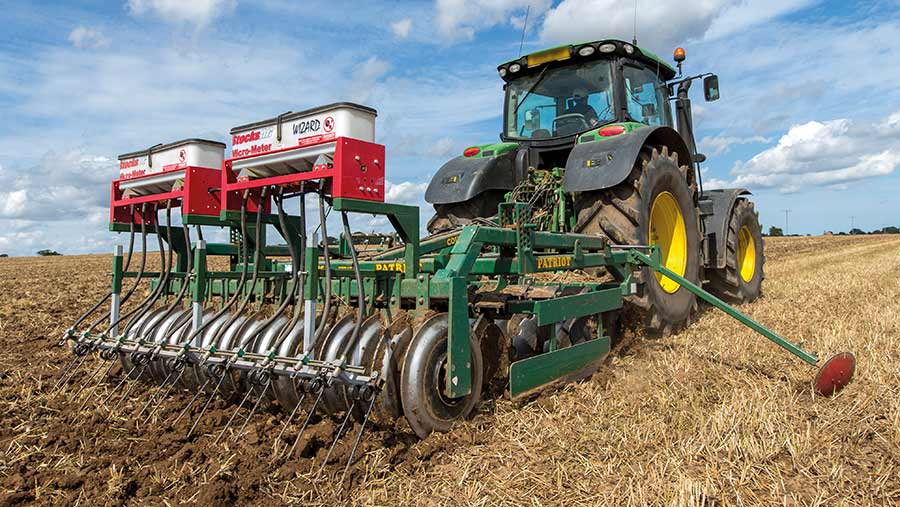 While many farmers are growing cover crops over winter before spring crops, there is also the possibility of establishing a catch crop between harvest and an autumn-drilled crop.

The key is having at least six weeks between drilling the catch crop and terminating it either ahead of or shortly after drilling an autumn-sown crop, says Ian Gould, co-owner of Oakbank Game and Conservation.

Plants set up communications with soil biology to exchange carbohydrates secreted in root exudates for nutrients, he says. “That’s at its peak, about five to eight weeks after sowing in that early period of growth.”

As well as feeding and helping to build soil biology, quick-growing catch crops will also protect it. Bare or fallow soil can be several degrees warmer than when cropped during August and September.

That can be damaging to soil biology, as well as increasing moisture loss. Plant cover can also reduce the risk of soil erosion from summer storms and suppress weeds.

What species should you be considering?

Species choice will depend on how long it is likely to be in the ground, as well as rotation, says Mr Gould.

Catch crops following earlier-harvested crops such as vining peas or hybrid rye for anaerobic digestion potentially have 10 weeks or more before an autumn-drilled cereal crop.

In this situation, a more expansive and expensive multispecies mix could be appropriate.

After peas, Mr Gould suggests radishes, which are well proven to hoover up freely available nitrogen fixed by the previous legume crop, as a good starting point. Buckwheat is also a useful part of the mix as it grows quickly, needing very little water to either germinate or grow.

“So it doesn’t compete as much with other things for that limited supply of water,” he says. 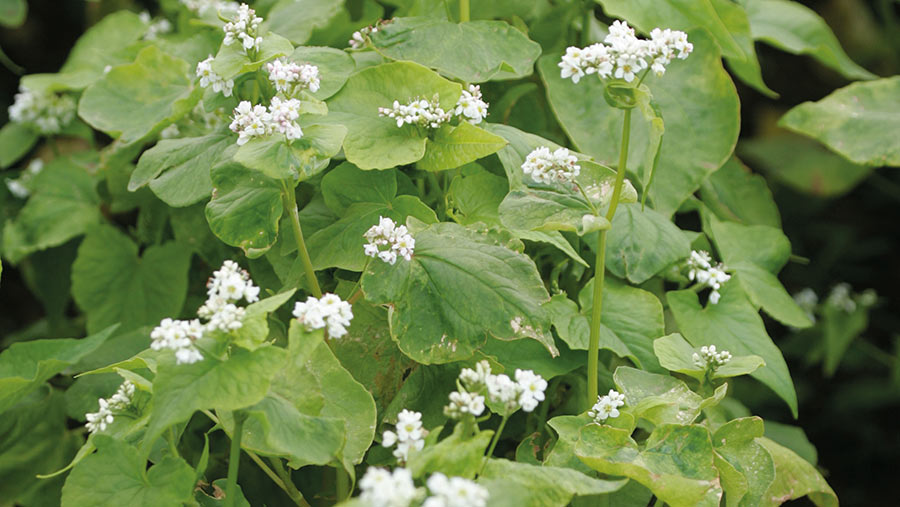 Other quick-growing species to consider include linseed and sunflowers, the latter helping to balance carbon-to-nitrogen ratios, and legumes such as berseem clover or vetch which add further diversity.

Mr Gould suggests avoiding cereal species in catch crops that will be followed by a cereal, although millet or sorghum could be considered for these early-drilled catch crops. “These C4 species grow well in relatively dry summer conditions, but don’t put too much in.”

Research by Brazilian scientist Ademir Caligari has also suggested there could be a role for chenopods, such as quinoa, in such mixes, on the basis that cereals, grasses, brassicas, legumes and chenopods grow symbiotically, fast-tracking the formation of humus.

Over-reliance on a single species can be risky, particularly if that species is susceptible to a previously used herbicide, he says. “That can be a problem, especially in no-till situations where the residues don’t get dissipated by cultivation.”

Multispecies covers are likely to cost £35-£45/ha, Mr Gould says, but where only six weeks is available before drilling the autumn crop, he advises spending £25/ha on fewer species. “But spend enough to get the benefit,” he advises.

Concentrate on the faster-growing species such as buckwheat, phacelia and radish for shorter-length catch crops, he says. Mustard would perhaps be the cheapest option for a fast-growing catch crop, but Mr Gould says it can cause problems in rotations with brassicas and doesn’t do much other than cover the ground.

What options are there for establishment?

Drilling a catch crop after harvest will likely bring the greatest chance of successful establishment and provide greater flexibility in species choice, while broadcasting can lengthen the window.

“On a sliding scale of luck to skill, you are down towards the luck end when broadcasting into a previous crop,” Mr Gould says.

Species choice when broadcasting is smaller. Using an Avadex applicator or similar machine that doesn’t throw seed too far can help, but any spreader that requires throwing seed any distance limits choice to seeds that are small, hard and round, such as mustard, radish and possibly vetch.

Moisture is important when broadcasting, while patchy emergence can be an issue, which can also negatively affect the following crop.

“That’s why I prefer catch crops to be drilled – for all the things you gain from broadcasting, you lose in other aspects.”

While direct-drilling into stubble is a good option, Mr Gould says don’t be afraid to do a little bit of cultivation – for example, to remove come surface compaction, if required. That will usually also improve establishment by mineralising some nitrogen.

“I know some growers who have drilled cover crops straight after harvest, and then gone back in with a subsoiler through the cover crop. The roots then just follow those new routes down, and the cover crop grows better after the subsoiling.”

A stubble rake is an alternative to more specialist, shallow cultivators for removing surface-level compaction. “You want something that can cover a lot of area quickly,” Mr Gould suggests.

“You can also add a seeder box, such as a Stocks spreader, which means you can put the cover in very quickly.”

While this is a form of broadcasting, he says the seed is not thrown very far, and with small seeds not needing to be drilled very deep, getting them into a bit of surface cultivation and rolling afterwards is usually enough.

That method can also help reduce labour requirements on farms where the combine driver and drill operator are the same person by opening up the operation to another team member.

“Drilling will give more consistency in results, but it is better in the field than sitting in the seed bag for two weeks, waiting for the drill man to get off the combine,” Mr Gould stresses.

How should you terminate a catch crop?

“In the autumn, lots of growers are drilling on the green directly into the cover crop, with good results. I wouldn’t be killing off much before drilling unless the mix has a lot of cereal in it, as was the case with old ecological focus area mixes.”

Non-cereal catch crops have lower carbon-to-nitrogen ratios, which means nutrients are released back faster, while drilling in the autumn into warmer soils and often better conditions make it easier to drill into the green, he explains.

Consider tweaking mixes depending on what drill you will be using for the cash crop. For example, linseed can wrap around metal in tine drills and move too much soil, which can be problematic, especially where blackgrass is present.

Some drills might need high biomass to be managed before drilling in longer-term catch crops, usually with glyphosate, although crimper rollers could be used to help.

All of Buckinghamshire grower Ian Waller’s cover crops are established by broadcasting into standing crops. “I have a 24m Kongskilde Wingjet fertiliser spreader, so nothing is thrown very far, which is where you get separation of small and larger seeds.”

That means there is no steel engagement in his soils – important in his no-till system – but does leave the cover crops susceptible to damage from previously applied herbicides. To counter that he avoids applying diflufenican in the previous autumn, and most sulfonylureas in the spring.

“There are alternatives, such as Starane [florasulam + fluroxypyr] on cleavers, and Hiatus [thifensulfuron + tribenuron], which is a sulfonylurea with an incredibly short half-life, to solve your broad-leaved weed problems in the preceding crop to allow the cover crop to establish.” 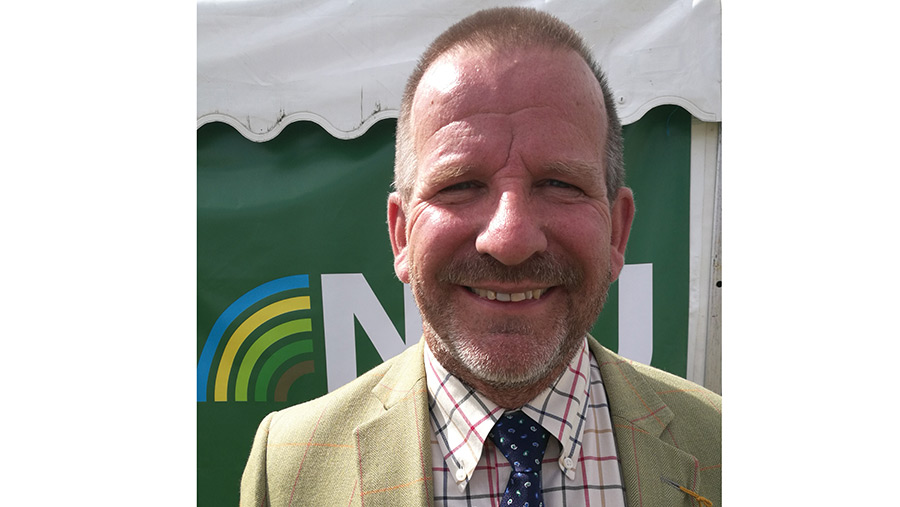 But by broadcasting into the standing crop in early July it has an extra four weeks to develop compared with after wheat harvest, which is extremely valuable, he suggests.

“Ideally, you do need some moisture, although for some species dewy mornings can be enough to get them going.”

After trying for several years, he has given up on including vetches in his mix, as they don’t suit broadcasting.

Before second wheats he wants diversity and fast-growing species, so he uses a mix of spring oats, black oats, oil and tillage radish, linseed, phacelia, berseem clover and a small amount of mustard to stop it getting too dominant.

“I’ve tried crimson clover, but it never quite makes it in that time frame.”

He advises not spending too much money on cover crop mixes because there is a risk of failure.

“Take advice on what might suit your own land type, but by using a diverse mix, you always have four or five species that will flourish, and perhaps one that occasionally might not in that year.”