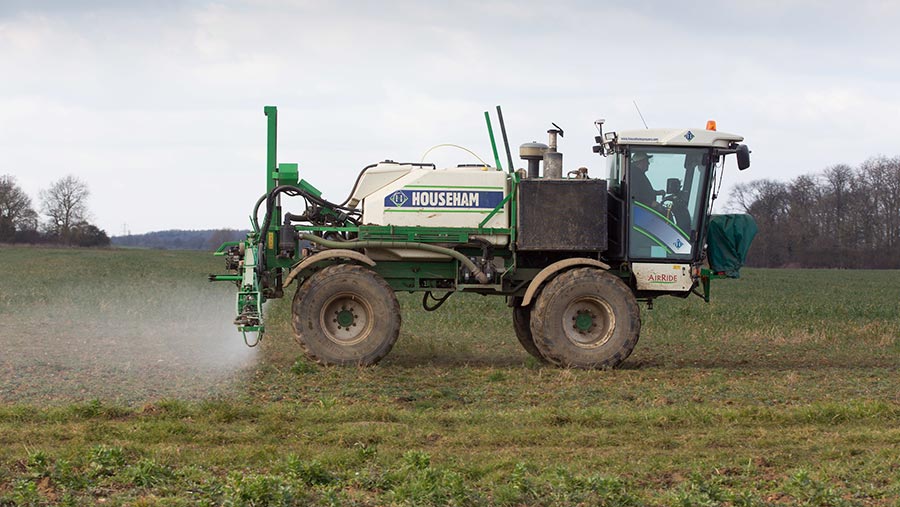 Uncertainty surrounding the long-term future of the broad-spectrum herbicide glyphosate is prompting the farming industry to consider how it would manage without the active ingredient.

Last June, after a well-organised campaign focusing on fears about glyphosate’s safety, the EU came under pressure to delay the 15-year re-authorisation of the world’s most widely used herbicide.

As a result, a temporary extension was granted, giving it an 18-month reprieve until the end of 2017, by which time the European Chemicals Agency will have completed another review.

Glyphosate is an essential component of many farming systems – where it is used to clean up stubbles between crops, deal with grassweed flushes, destroy cover crops and other vegetation, as well as prepare crops for harvest and speed up ripening.

Without it, some experts predict that costs would rise, fuel use and emissions would increase, and wildlife and biodiversity would suffer – while production would fall.

John Cussans, weed scientist at Niab Tag, believes growers will be unable to continue with their current grassweed control strategies if glyphosate is banned, because resistance to many graminicides is now widespread in the UK.

“Without the ability to kill off successive weed flushes and make the most of out-of-crop control opportunities, we will be looking at very different rotations,” he says.

A ‘green’ alternative to glyphosate?

Derived from geraniums, a chemical found naturally in animals and plants can be used as a herbicide.

Pelargonic acid works by destroying the leaf cuticle and killing the green parts of the plant that it contacts.

However, unlike glyphosate, it isn’t translocated to other parts of the plant, so treated plants and perennial weeds have been able to recover.

Applied post-emergence, it has no soil residual activity so won’t control seedlings that germinate after application. It should be sprayed on to the growing point when the weeds are small, or else the plant may regrow.

“Grass and other vegetative crops would come in, as growers are forced into a total rethink of what they grow. Unfortunately, using just tillage for weed control has been shown to give very variable results.”

For AHDB Monitor farmer Phil Meadley, the loss of glyphosate would force him into making significant changes to his farming system.

Mr Meadley, who farms 250ha near Driffield, says he would buy some time by ploughing the whole farm and putting it into spring barley while he worked out what to do.

“We try to do everything right and are using later drilling dates and a wider rotation. But both can be challenging on these soils, and the current system does need glyphosate to make it work.”

Elsewhere, farmers are coming together to look at alternatives, including the Anglia Farmers arable group, supported by the Innovative Farmers network. The group is specifically investigating alternative methods for killing cover crops.

Having met to discuss the options, various techniques are now under scrutiny (see below), with trials being conducted on some of the participants’ farms. They are being compared with glyphosate or bare stubble and current cultivation techniques.

One of the group’s participants, Oxfordshire grower Andrew Woof, is to trial a roller crimper to kill off his cover crop, turning it into a weed suppressing mat that is rich in nutrients.

“I started looking for a way that I could improve my soil by enriching it with biomass and keeping soil disturbance to a minimum,” says Mr Woof.

He then aims to drill directly into the decaying material and will report back to the Anglia Farmers Arable Group.

A Nottinghamshire farmer is looking to crop a 10ha field without using a single drop of glyphosate for three years as an on-farm experiment. AHDB Monitor farmer John Miller is planning to achieve this with the help of industry experts and farmers attending his on-farm meetings near Newark. 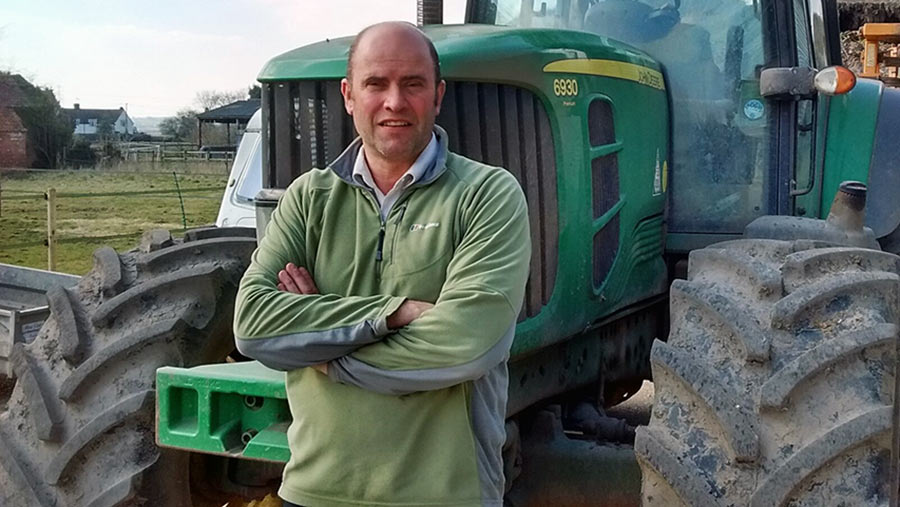 Having been in winter wheat last year, the field was raked and rolled after harvest to deal with volunteers and grassweeds – because blackgrass is a concern.

He plans to grow spring beans on it in 2017 and will either plough or direct drill them in, depending on the conditions nearer the time.

He did, however, treat the field with diquat in late autumn to remove surface weeds – although he recognises it is another herbicide that is at risk and may not be available in the future.

After the spring beans, he hopes to return to winter wheat, followed by sugar beet.

“We have a diverse rotation, which might help, and the field is relatively easy to work. We will have to make more use of the plough as we progress, but I’m not expecting our costs to rise too much. Time will tell,” he says.