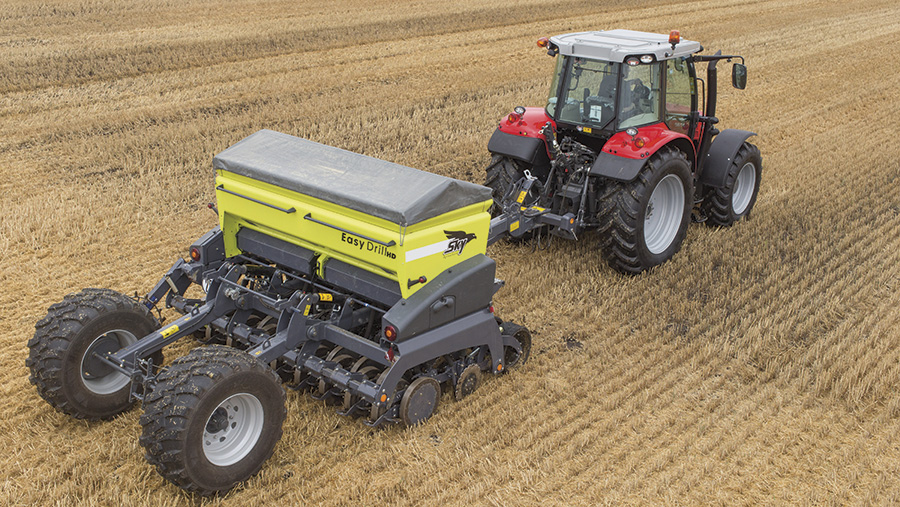 Drilling date is crucial to give cover crop time to do their job in the autumn and for best results, one expert advises using the oilseed rape crop timings as a guide.

“Plan to have them all drilled by the time you’ve got your rape crop in – they won’t be very effective if they’re drilled after the first week in September.”

Missed parts one and two? Catch up with the two previous pieces:

“Where you have clovers in the mix, for example, you need to be able to drill in August. The rule of thumb is the later they go in, the less they are able to do.”

Mr Martin acknowledges that this year looks like being a late wheat harvest, so suggests that growers consider cereal-based cover crop mixes for any fields where there are likely to be delays.

“They give you a bit more time, as the seed has more energy and can cope with slightly adverse conditions.”

In general, the later it gets, the fewer options you have – although much will depend on the autumn that we get, he remarks.

Difficulties can arise with multi-species mixes, as the variation in seed size makes it tricky to suit them all with the optimum date and conditions, he adds.

“It’s not just drilling date that matters in this situation, drilling depth can have implications too. And of course certain species can end up out competing others. That’s why simple mixes tend to be more consistent.”

Treat any mix as a crop and drill it, rather than broadcasting it on the surface, he recommends. “If the cover crop is there to provide soil conditioning benefits or to help control blackgrass, then it needs to be drilled as a crop.”

Seed rates vary according to the mix and the purpose of the cover crop, with rates of between 5-125kg/ha being recommended, he reveals.

“Follow the advice of the seed supplier. If grassweed control is your aim, remember that you need to get the grasses to germinate with the cover crop – not to smother it.”

Every farm has a favourite type of drill, but regardless of the choice the key to establishment success is getting good seed to soil contact and to consolidate the soil afterwards, he says.

“Maintaining soil moisture is important, especially at the end of August. They won’t grow in a dry, cobbly seed-bed.”

Slugs are very partial to some of the constituents of cover crops, so close monitoring is essential. “The same is true of pests like pea and bean weevil and flea beetle, so the quicker it gets out of the ground and starts growing, the better.”

Where the intention is to establish a cover crop into a standing wheat crop, using Autocast-type technology or a slug pellet applicator, the straw chopper on the combine is crucial, he stresses.

“The straw must be spread as evenly and as finely as possible. If it isn’t, you end up with a mush on the surface and the cover crop can’t get through it.” 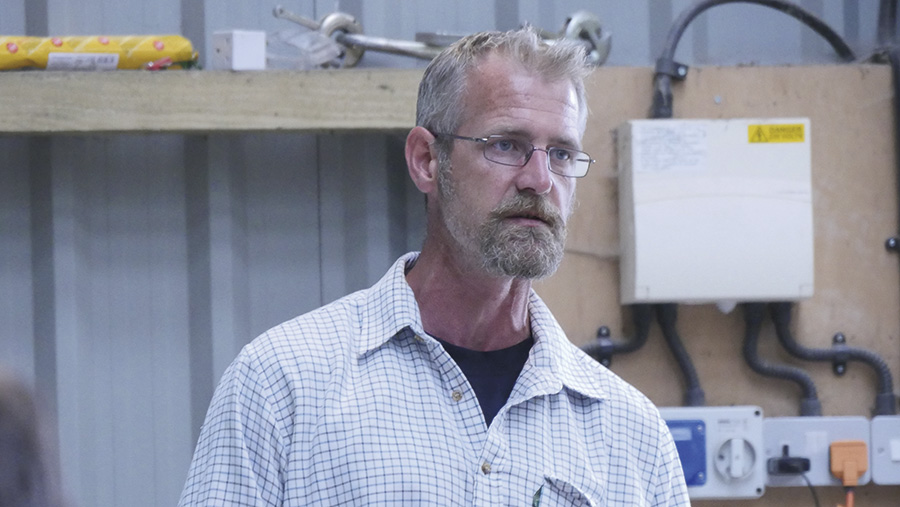 Case study: ‘The earlier they are drilled, the better they are’

Drilling date has been the key factor in the success of cover crops being grown by David Blacker, who is the host of the AHDB’s monitor farm at York.

“The earlier they are drilled, the better they are,” he says. “Aim to get them in as soon as possible after wheat and once you get into September, only go for a cheap mix, as it will never perform as well.”

Mr Blacker has been growing cover crops since 2012, when he saw an opportunity to improve soil structure by putting them in after wheat and before spring beans.

“After the wet autumn in 2012, I had areas that were still too wet to crop the following spring,” he recalls.

“Rather than leave them bare, I planted some phacelia and was pleased by how well it restructured and dried out the soils.”

Subsequently, he changed his rotation to include spring beans, using cover crops over the winter period.

Since then, he has tried different mixes to see what works best, using both off-the-shelf and his own mixes – made up of spring oats, phacelia, buckwheat, sunflowers, berseem clover and radish.

“All of these have been specifically chosen for their different canopy habits and rooting structure,” he explains.

At harvest, a quick turnaround is required, so that he can get them planted in time – which is why he now opts for early maturing wheat varieties.

All of Mr Blacker’s cover crops have been established with his Mzuri strip-till drill, he reports.

“For the home-made mix, I split it into seed size. The big seed is drilled down the coulter and the smaller seed is spread on top with the slug pellet applicator on the drill, then they are both rolled in.”

“An alternative method of establishment would be to broadcast the mix into the standing crop, two to three weeks ahead of harvest,” he acknowledges.

“At the moment, there is a bit of a bottleneck at drilling, with too much pressure on one drill.”

However, even seed distribution is a problem with broadcasting, with the small seeds only spreading to 10m and then being reliant on rainfall for germination.

As a result, he prefers to see them drilled.

In the spring, the crops are sprayed off with glyphosate and the beans are drilled through them, using the strip till drill.

To date, there have been no difficulties with the level of residue on the soil surface.

However, slugs can be a problem, he admits. “They seem to love sunflowers and brassicas.”

He is also wondering whether residual herbicide residue is having an adverse effect on establishment.

“I’m not sure which ones are to blame, but there does seem to be an influence.”

One practical problem when drilling mixes with different-sized seed is they can separate easily.

The vibration when travelling across the field means the hopper acts as a gravity separator.

The result is the smaller seeded species are drilled first, such as mustard, followed by the larger seed, such as pulses, last.

He advises driving the bags to the plot and then putting seed in the hopper.

Ian Gould of Oakbank Game and Conservation adds that is why his company supplies seed in smaller bags.

Filling the hopper every 2-3ha will help, although this adds time.

Alternatively, the risk of separation can be reduced by using a drill with more than one hopper, says Mr DeCarville. For example, the Sky Easydrill has three compartments, which means you can put similar-sized seed in each hopper.