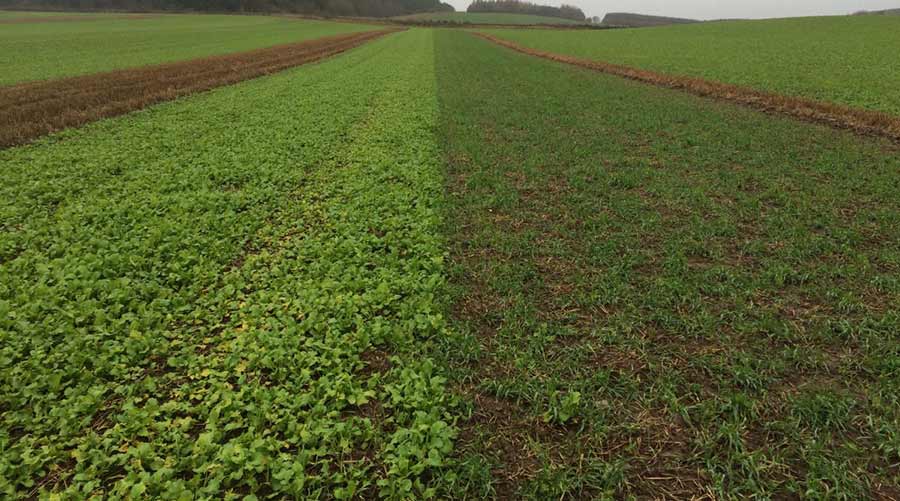 A Scottish trial has revealed that growing cover crops can lift yields by up to 0.6t/ha in a following crop of spring barley.

The three-year trial compared crops of Concerto spring barley drilled after one of seven different cover crop mixes with a plot of overwintered stubble.

See also: How to get the most from Avadex this autumn

Over the trial period, as well as improved organic matter and overall soil conditions, the seven cover crop options led to barley yield increases of up to 0.6t/ha by the third year.

In particular, oil radish showed the most impressive results overall, followed closely by a radish mix (oil radish and tillage radish). The impact from the over-wintered stubble was minimal in comparison.

“This meant that the state of the cover crops going into March also differed between years. Despite this, the soil conditions and barley yield were consistently better under the cover crops than in soil that had been left with cereal stubble over winter”.

The cover crops were ploughed in April and the fields drilled with Concerto shortly afterwards. Years one and two showed a good increase in organic matter and reduced erosion risk on the cover-cropped areas.

The trial started in the autumn of 2015 at James Hutton Institute’s Balruddy Research Farm in Dundee and was conducted with Frontier and Kings Seeds.